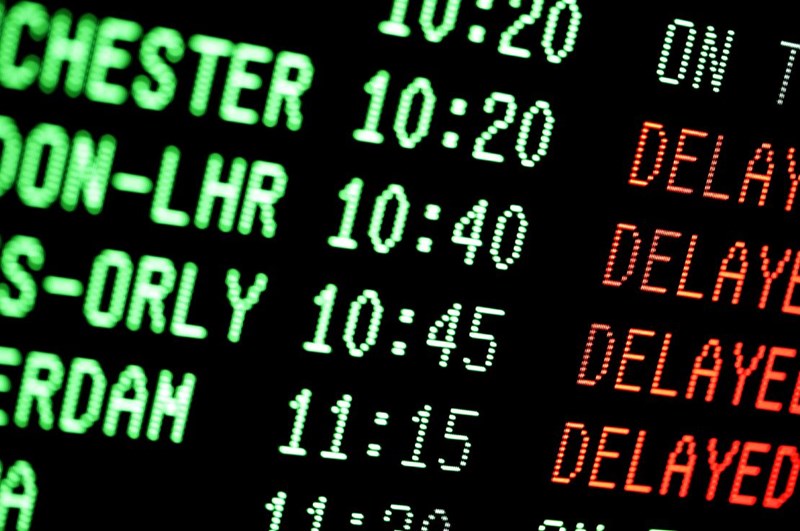 According to new research by flightright.co.uk, as many as one in five flights leaving the UK were delayed this summer - but passengers can still claim compensation from the airlines they travelled with.

Flights from Gatwick to Spain were the worst affected, and people travelling to Barcelona affected by delays often found themselves set back by over three hours.

Departures from Gatwick to Spain the were worst affected, with flights from the airport to Barcelona registering the highest number of UK flights with a delay of more than three hours.

Gatwick has come under fire thanks to the research, which lists it as the airport with routes with the most delays. Flights to Barcelona-El Prat, Palma de Mallorca, Faro and Málaga were the worst hit.

Heathrow was the airport with the most cancellations, with flights to Frankfurt, Düsseldorf and Amsterdam Schipol often being given the chop.

The research suggests that about 397,000 UK air passengers are entitled to more than £128m in untapped compensation for flights delayed or cancelled over the summer.

Think this could be you? Here's the good news - you have up to six years to make a claim with the airline for a delayed flight. Passengers are eligible for compensation after delays of more than three hours; this is to be paid by the airline they travelled with.

You could also be due additional compensation (from insurers such as Columbus Direct) if the delay was more than 12 hours. There are two routes to claiming your cash back - and they can be pursued in tandem.

If your travel is insured with Columbus Direct, call our Claims Team on 0208 865 1654 for more information.

← The holiday essentials that infuriate your partner