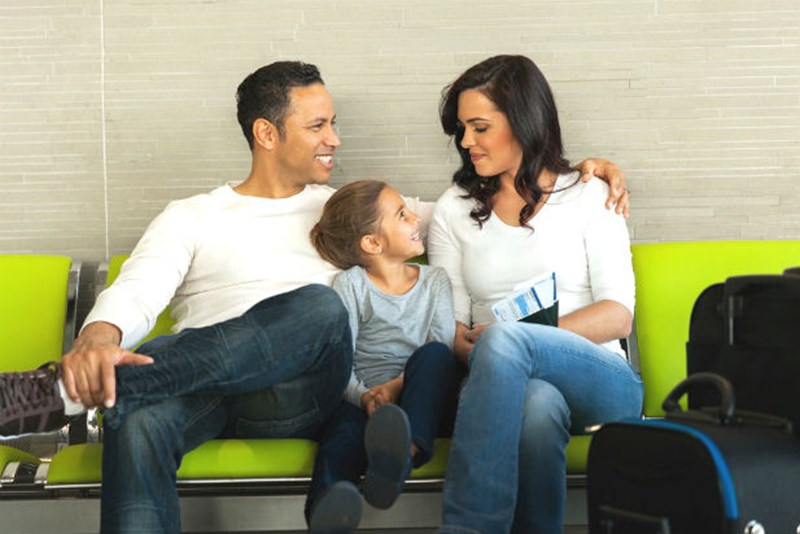 We can’t wait for the upcoming Easter holidays - and we bet that you can’t, either.

Will you be planning on exploring a new city, making the most of the last few days of skiing, or sunning yourself on a beach? Either way, the Easter break is a great opportunity to unwind. Whether you’re heading away with your family, friends, or someone special, it’s going to be terrific. Just make sure that you’ve got your passport, you’ve got your sunglasses, and that you get to the airport in plenty of time. There’s nothing like racing through the departure lounge to burn off all that Easter chocolate!

Of course, when it comes to airport niggles, there’s one factor which nobody has any control over. That’s right - we’re talking about flight delays. We’ve been looking into delays over Easter, and we’ve discovered that over 3 million people have faced delays since 2014.

The figures show that delays are becoming more common; during Easter 2014, 4% of European flights were delayed. In 2015, that figure jumped to 6%. Put simply, that means that three million fliers have experienced issues with flight leaving on time over Easter during the past two years. If it happens to you, you won’t be alone - but if you’d like to beat the crowds, we can help.

You’re our main priority, and we know that you don’t want to sit around twiddling your thumbs if you’re delayed. That’s why Columbus Direct travel insurance comes with FREE airport lounge access if your flight’s held back for one hour or more.

It’s your chance to walk away from the crowds, sip on a cold drink, sit back, and enjoy a bite to eat. Many lounges also offer free WiFi, so you can catch up on some work or chat with friends in comfort. There are over 500 lounges worldwide to choose from, and they’re a quiet, cosy place to relax while you wait. Put simply, it’s our way of saying thank you for choosing Columbus Direct.

If you’re delayed, and you’d like compensation, here’s what we can offer you. We normally offer compensation if you’re affected by adverse weather conditions, if there’s a strike, or if there’s an issue with your plane.

The best of the bunch - which airlines are most likely to leave on time?

So, which airlines have had the least Easter delays over the past two years? Our research of European flight data* from 2014 and 2015 shows that Flybe came out on top, with just 17 flights delayed for more than an hour out of their 3,218 flights scheduled over Easter.

Of the 20 biggest airlines (those with over 5,000 flights scheduled in the period), other peak performers include Wideroe (the Norwegian regional airline) and SAS, both of who were likely to leave on time over 98% of departures. With typical German efficiency, both Lufthansa Cityline and Air Berlin also featured in the top 5 carriers.

In terms of cancellations, 16 out of 105 airlines suffered no cancellations, and of the larger airlines Aer Lingus came out on top with just 10 out of 5,684 (or 0.18%) flights cancelled. Other names who impressed included Norwegian Air Shuttle, Alitalia, Iberia and Air Portugal – all of whom had less than 1% of cancellations. 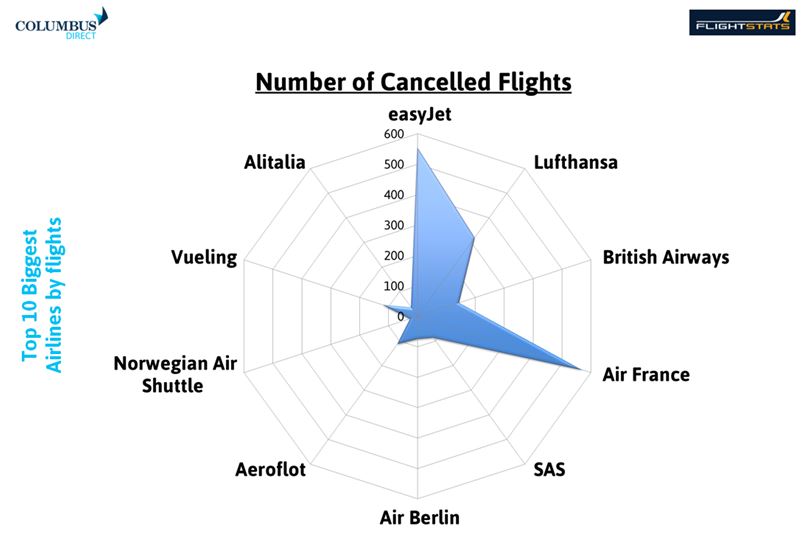 Here’s a list of the airlines least likely to suffer from delays of up to two hours: 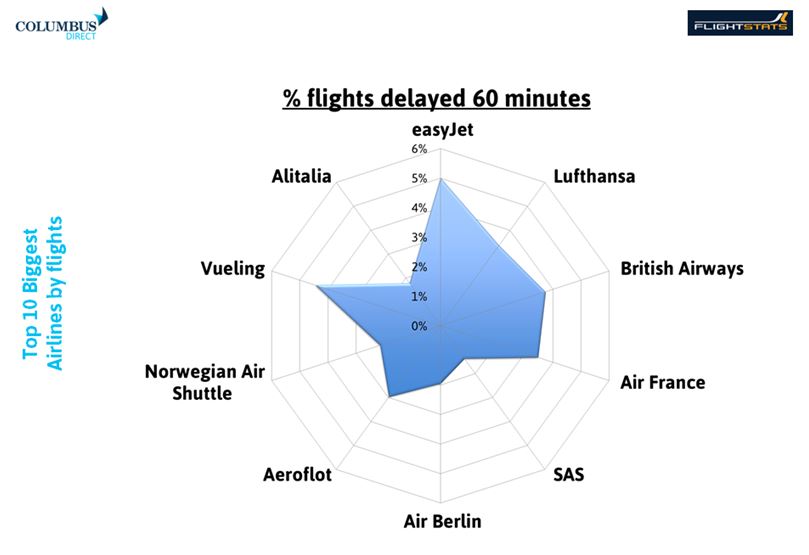 If you’d like to avoid delays, on the face of it you might want to avoid easyJet. They were the airline with the most delays, with over 1,800 Easter flights delayed for up to one hour (that’s nearly 5% of their flights), and they didn’t fare much better for two hour delays, with nearly 600 flights taking off late.

However, the number of total flights should be taken into account and with nearly 37,000 flights in total – that’s more than 11,000 more than the next largest carrier – they are far from the worst culprits when it comes to their percentage of delayed flights (6.6%). In fact there are over 30 other airlines you should probably be more concerned about.

Unusually, high flier British Airways also made the list, with 718 flights delayed for one hour, while German airline Lufthansa faced one hour delays for 854 of their flights. But once again, both these airlines have high volumes of flights so the actual percentage of delays is relatively low (both under 5%).

The airlines to watch are KLM and KLM Cityhopper, as they were the most likely of the large carriers to leave late, with roughly 1 in 10 of all flights suffering a delay of at least 60 minutes.

When it comes to cancellations, once again KLM Cityhopper came bottom of the big carrier list with 290 (4%) of their flights axed.

Air France also fared poorly, with 3% of their Easter flights cancelled over the past two years - that’s 570 in total. They’re followed by easyJet and Lufthansa, who terminated 550 and 320 of their flights respectively. So, who’s got the worst track record for delays?

Here’s our list of the top ten European airlines who are most likely to be delayed: 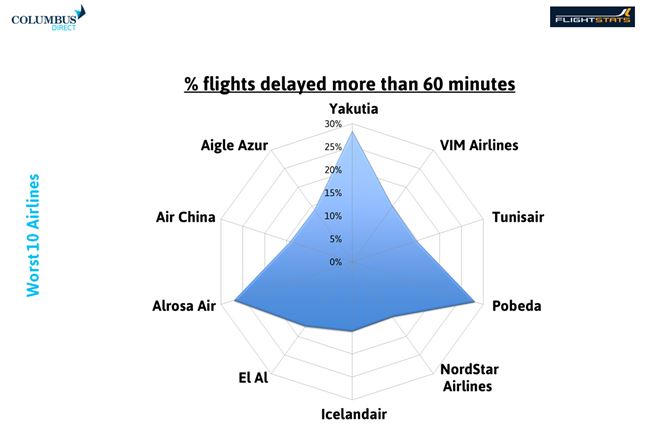 ...and here are the airlines most known for cancelling Easter flights.

*Flight data supplied by FlightStats. Only airlines with more than 250 flights scheduled during the Easter periods were included. Ryanair not included in the dataset.

This information is also available in PDF for download (3MB).

Please note: You’re welcome to use our data, but if you do, all we ask if that you link back to us. Thanks very much!

← The best holiday insurance for families: What you need to know

Lost baggage and British Airways: How do they find your bags? →