Don't pack away those thermals just yet! 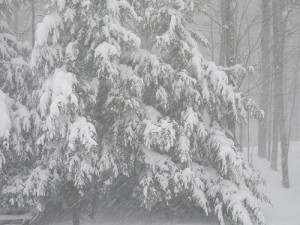 If you hoped the worst of the winter weather was behind us, prepare to be bitterly disappointed.

After snow caused widespread disruption last month, freezing temperatures and severe weather warnings will return this week – and plague us for another month.

Up to four inches of snow has covered parts of the country overnight and the bad weather is expected to continue until this afternoon.

The Met Office said today that another two inches could still fall over parts of Scotland in the coming hours while it fades elsewhere.

Heavy snow has also left some roads treacherous and some rail services are disrupted this morning.

UK flight disruptions due to snow

Snow and ice led has led to some UK airport disruptions and is expected to continue throughout the day.
Luton airport said there are still some minor delays after the airport was hit by heavy snow yesterday.
Gatwick and Heathrow airports were also experiencing some delays.
Most flights from UK airports to Geneva, Switzerland are cancelled or delayed due to snow.

Columbus Direct customers who have purchased their policies after 09:33 GMT, 11 February 2013 will not be covered under the policy for Travel Delay, Abandonment, or Missed Departure as a direct or indirect result of the bad weather.

← Floods in Peru, Chile and Bolivia after heavy rain