A hotel concierge reveals what he really thinks about his guests 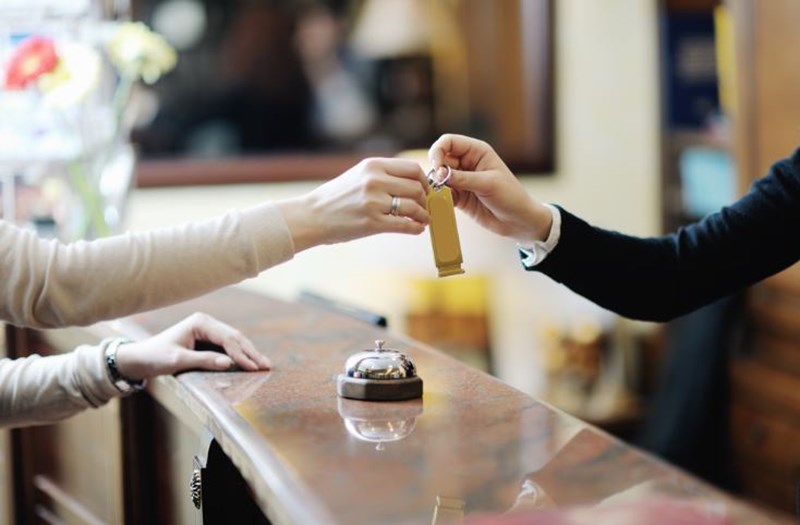 Long hours, irate customers, lots of pressure and the occasional fistfight; what's it really like working in a hotel?

We've been speaking to the concierge of a well-known London hotel, and he's revealed what it's really like to be the face - and brain - of a huge establishment.

"Firstly, I'd like to make one thing very clear - there's always this idea that hotel staff don't like our customers, and that's completely untrue. I started working in this industry to help people, like all of the staff here, so I wish I could quash that idea! People often approach me to ask for something, and I can see this look in their eye that says 'Please don't hate me'. Nothing could be further from the truth.

"The hardest part of the job is the night shift - and dealing with drunk people who have lost their keys, or are trying to sneak friends into their rooms. You have to be very assertive, yet keep your cool. In the morning, most people pop downstairs to apologise, which I appreciate.

"I've only been frightened once - and that was when a man challenged me to a fistfight when I refused to remove the minibar charge from his bill! He was leaping around in this really aggressive way and I thought for a minute I might have to make a run for it. Luckily, security stepped in at just the right minute.

"We're very lucky here - we're given free meals, and depending on what time it is, the kitchen staff can be very accommodating. Obviously, we're not allowed to eat or drink teas and coffees on the front desks, but we are allowed a bottle of water. During the night shift, when the kitchen's shut, I bring in my own sandwiches. Not as nice, obviously!

"The worst customer I've ever had? I have to say, the vast majority are wonderful, but there was one woman who was just awful. She kept leaning over the desk to shout at me, and she smelled of bacon - really odd! There was some issue with the view, apparently, so I tried to make her understand I wasn't responsible for the London skyline.

"All of my friends ask me about the urban myths - such as do we ever recycle side salads and other untouched foods, and do we ever 'taint' food for fun? I can say with my hand on my heart, absolutely not. That's not to say I haven't seen this kind of behaviour in other hotels, though. One chef was so angry by a customer that kept sending his food back that he rubbed his hands all over his sweaty back, then dunked them in the customer's soup. Nasty.

"As far as I know, the hotel's not a hotbed of sex, as most of the staff are happily married! However, with the Christmas party coming up, I may spy a few illicit couplings...

"I once did a 20-hour shift when a lot of staff were laid up with the flu - that was hard. It was during the peak season as well, so when I finally got to bed, I was so tired that I slept for a whole day. Luckily, it was a Saturday!

"The most gratifying thing about my job is being able to make a difference. I remember that we had a couple stay with us for two months a few years ago; he was on business, and she was heavily pregnant and not very well, so she needed a lot of care. We became friends, and after her son was born, they came in to see me - they'd named him after me! They live in Russia now, so I don't see them often, but I was really touched."

If you can't read enough about terrible passenger antics, check out this article on passenger shaming. You'll never go barefoot on a flight again.

The six haunted houses that travellers should watch out for →