The six haunted houses that travellers should watch out for 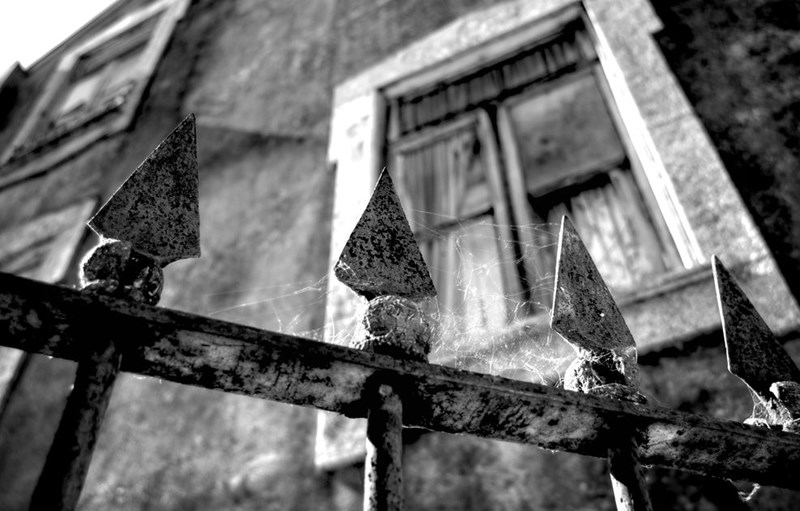 Just so we're clear, we're not talking about those run down 'houses of horror' you find at touring fun fairs, where the scariest thing about them is the person selling the tickets. No; these ten spooky houses are the real deal.

"Why would anyone travel just to scare themselves?" you might be asking. Well, scientists say that when we're terrified we get an adrenaline rush like no other, and many people are naturally drawn to this sensation.

It was a cold November morning in New York, 1974, when an entire family were killed in their beds. Another family member was convicted of the massacre - yikes!

Like us, we're sure you'd never want to live in a house like that either, but it didn't stop George Lutz, his wife Kathy and their three kids from moving in just over a year later. It took just 28 days between December 1975 and January 1976 for the family to leave the house, claiming they had been terrorised by paranormal phenomena. Glasses were said to fly across the room, walls apparently oozed 'green slime' and a demonic creature showed up, flashing its glowing eyes. We're surprised they lasted 28 days!

The house has since gone on to find fame. The Amityville Horror movie franchise was hugely successful, and the house remains a popular tourist spot to this day.

Considered one of the most haunted buildings in the world, the Ancient Ram Inn has quite a history. Now a private residence that still welcomes guests, it was built way back in 1145 when priests used it to house slaves and workers constructing nearby churches, supposedly on a 5,000-year-old ancient pagan burial ground.

There are many ghosts said to reside at the inn. There's the woman (accused of being a witch because she didn't practice Christianity) who was found here and burned at the stake in the 1500s. There's also said to be a young girl called Rosie, a high priestess, and - bizarrely - a male sex demon, known as an incubus.

Co-owner Caroline Humphries told dailymail.co.uk: "It was normal for us to see people running out of the house, screaming in terror. Once, I woke up and found a chest of drawers hovering over my bed, before it crashed down the staircase."

If you go out in the woods today you're sure of a big surprise - especially in Dieburg, a small town in southern Hessen, Germany.

Deep in the frosty woods you'll find a decaying white house which is the location of many a ghost story. It is said that a forester once lived there with his family, living off the land happily in relative isolation. Then, one day while he was out hunting in the fog, the man shot what he believed to be a deer. Tragically, it was his son.

Both parents ended their lives out of desperation, and their troubled spirits have been seen walking amongst the trees at night, unable to rest due to guilt.

This house is well known in Australia due to its inclusion in many paranormal TV shows such as Ghost Hunters International, but when Reginald and Olive Ryan purchased the property back in 1963, they had no clue of its history.

It's said to be the country's most haunted house, housing many ghostly figures of previous tenants who mysteriously passed away. They reportedly include the ghost of a young child who died here by 'falling' down the stairs, a maid who 'fell' from the balcony, and a stable boy who tragically died in a fire.

According to Reg and Olive, one night when returning home they saw a fierce bright light streaming out of every door and window. They thought they were being burgled - until the light stopped and turned to complete darkness. Other bizarre occurrences include hearing footsteps, ghostly sights and visiting children inexplicably throwing tantrums at the bottom of the stairs. Hmmm.

If you'd like to try your luck in this house, book now as ghost tours are full up months in advance!

There's bound to be eerie goings-on in a house that has a 'cold room' - a room that, inexplicably, remains ten degrees colder than the rest of the house at all times. All in all there are 21 rooms here, and it's reported there are secret passageways and hidden doors peppered throughout the building, each with their own mystery.

People have reported hearing crying children at night when the house is empty, and it's said that you can hear strange voices talking to each other from empty rooms. Visitors have also seen 'faces' that materialise in the woodwork.

The site of many murders, Franklin Castle in Cleveland, Ohio, remains a must-visit for ghost hunters - although it's currently being renovated and turned into a three-bed family home.

More than 150,000 people visit Craigdarroch Castle each year. Many of them come for the stunning architecture and the fact that it's a National Historic Site of Canada, while many come hoping for a paranormal experience.

It's said to be haunted by Robert Dunsmuir, a rich coal baron who rose from poverty to become BC's richest man. He had the castle built to house his family back in the late 1800s but died 17 months before its completion. His second daughter passed away shortly after. Strangely, the castle's architect also died before it was finished.

Ghostly encounters include pianos being played, despite there no longer being a single instrument in the house. A woman dressed in a ball gown has been spotted on multiple occasions on the main staircase, too.

← A hotel concierge reveals what he really thinks about his guests