Why you should travel to America for the best Halloween experience 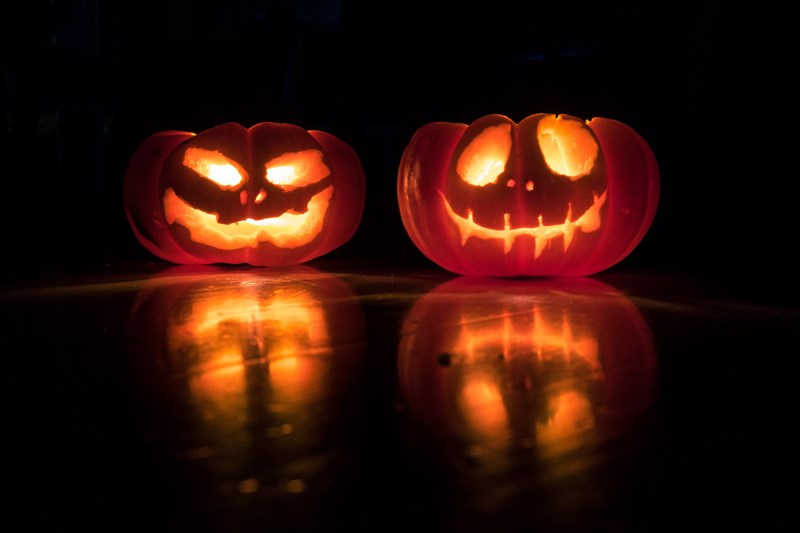 Each year, many countries around the world celebrate Halloween on 31st October by dressing in scary costumes and knocking on doors to receive sweets.

The annual tradition has become a particularly popular part of American culture, with many films and TV shows taking influence from the holiday. While Disney parks across the world have helped lead to an increase in Halloween celebrations in countries like Japan and China, because of their annual events.

The National Retail Federation has said that spending on costumes in the US is expected to reach a ‘near-record amount’ this year, with around 172 million people expected to celebrate.

Halloween represents the start of Autumn for many people in America, with pumpkins playing an important role in the holiday. Visitors will see many houses with carved pumpkins sitting outside, along with various other decorations like spider webs and tombstones. A decorated house is often an indication that trick-or-treaters are welcome, and they are usually more extravagant than in the UK, with house décor having as big a role as the costumes and sweets.

When it comes to costumes, many American’s put a lot of effort into looking the best that they can, with elaborate homemade outfits becoming a common sight on the streets during the 31st.

New York City is a popular spot to visit if you want to get the most out of your Halloween experience. The annual parade is held on the streets of  Lower Manhattan with puppets, bands and dancers all on display, while many locals and tourists wear their own costumes to join in with the fun. The parade has been held for over 45 years and has become an important part of the holiday.

Many villages and towns outside of New York also host their own unique events. In California there is an annual festival that includes opportunities to pick your own pumpkins, as well as go on haunted trails and enter corn mazes. Anoka in Minnesota is known as one of the first places in the US to celebrate Halloween, and each year there are several activities to take part in. It is referred to as the Halloween Capital of the World and holds costume competitions, parades, beer tasting, carnivals and a Halloween-themed 5k run.

When did Halloween start in America?

The day itself is believed to have originated from Christianity, with ‘Hallowe’en’ meaning Saints’ evening.  It is connected to All Saints’ Day, which is held on 1st November each year and celebrates all of the saints in Christianity. It also crosses with Samhain, which is a Celtic festival that takes place between 31st October and 1st November and marks the end of the harvesting season. It was believed that the souls of the dead returned to earth on that day.

It was a popular event in the UK and it soon spread to the US in the 1800’s through Irish and Scottish immigrants. Colonial festivities started to emerge, and locals would share ghost stories and tell each other’s fortunes. Over time the holiday started to focus more on the community and celebrating with festive games and food. In the early 1900’s Halloween had become a popular event in many parts of America, and trick-or-treating became a more common part of the celebrations.

Over time the holiday became more commercialised, with many brands using the event to promote and sell new products. Its popularity also saw an increase in horror movies and slasher films centred around Halloween, while family-friendly releases like Beetlejuice and Hocus Pocus have also been produced.

Why do people wear Halloween costumes?

The idea of trick-or-treating is also believed to have originated in Britain and Ireland with people dressing in costumes and performing short plays outside people’s homes and hoping to receive food or drink.

The idea of costumes is believed to have originated from Samhain. People would wear costumes to keep away ghosts, believing that if they wore masks then they would convince the spirits that they were ghosts too. The festival itself was held on 31st October and 1st November across Britain and it has many connections to the modern Halloween holiday.

Wearing Halloween costumes has become a major part of the celebrations for both children and adults. Some of the most popular costume ideas include vampires, zombies, ghosts and skeletons, while witches, superheroes and princesses are also popular choices.

← How could travel in Europe be affected by no deal Brexit or Boris Johnson’s deal?