Great Apes: How Born Free are saving gorillas and chimps from extinction

Get your quote now
Home > Blog > Great Apes: How Born Free are saving gorillas and chimps from extinction 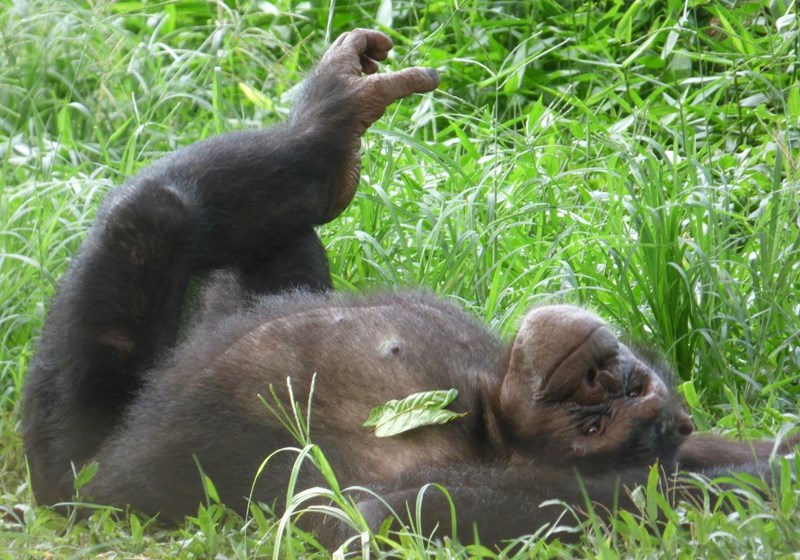 The Born Free Foundation is dedicated to helping animals worldwide, and nobody knows better than Programmes Manager Liz Greengrass how tricky a task it can be.

Apes worldwide are in trouble. Their numbers are declining, their habitats are being destroyed by deforestation and adult apes are being killed for meat - their babies are then sold as pets. Human numbers are growing, and apes are having to compete with them for food and space; however, this is a losing battle, and their numbers are gradually being diminished.

We were lucky enough to speak with Liz about the charity’s work with endangered apes, how they communicate with local people to achieve progress and what could be in store for the world’s gorilla and chimpanzee populations.

Which areas of the world have the most rapidly declining ape populations, and where is the most conservation work needed?

This is really difficult to determine; it’s hard to know exact numbers, and where apes are declining, as often we don’t have baseline figures. Certainly the Sumatran orangutans are in trouble - there are only 7,000 of them left. Orangutans continue to be threatened by oil palm development and felling of forests; there’s a high degree of pressure on their habitats.

In Sierra Leone, there are only 5,000 chimps left in the wild, living in fragmented populations. On the Ivory Coast, a tenth of the chimp population remains, compared to what it was twenty years ago, thanks to poaching and deforestation for commercial and cash crop development. The growth in human populations mean that land is at a premium as it’s used for farming; apes and chimps are losing out on land.

On average, how many apes and chimpanzees are murdered or taken from their families each day? How many apes die each year as a result of the pet and meat trade?

The answer is we simply don’t know. I conducted a study in 2009 which followed the activities of two commercial hunting camps in Liberia over one month. By the end of the study, 82 chimps had been killed and eight live infants had been taken, but such numbers are exceptional. Many hunters have taboos against killing apes and for those that do, they normally kill opportunistically, due to the low natural density and high intelligence of apes, which makes it difficult to encounter them. However, there’s no hard and fast way of getting accurate numbers. It’s more helpful to look at trends.

It’s hard to believe that chimps are sold as meat. Which countries find this ‘delicacy’ popular? Why?

Bushmeat is eaten across Central and West Africa; it’s a very natural thing for people to do, as food is scarce, and they need a decent source of protein. Human population growth means that more food is needed, and wildlife carries the demand. People have eaten chimps in every country I’ve worked in, from Nigeria and Liberia to Guinea and Cameroon. The attraction is cultural; there are some people who regard eating apes as disgusting, but some groups do eat it, as bushmeat is cultural.

In the past 100 years, gorilla numbers have declined by 92%, and chimps by 89%. Unless something is done, will they soon be extinct?

No, probably not. Chimps are threatened but they are more widespread than people think. However, gorillas live in very fragmented populations, which makes them more susceptible to extinction. Unless we start to prioritise and integrate the environment and biodiversity into land use planning, in another 50 – 100 years, apes and the forest they depend on will persist but in only a few well-managed protected areas. They will only offer sustainable benefits and ecosystem services to a few.

Rural communities in Africa are some of the poorest in the world. If the forests continue to be exploited in an unsustainable way, these people – who depend on the resources forests provide - will become poorer for it. 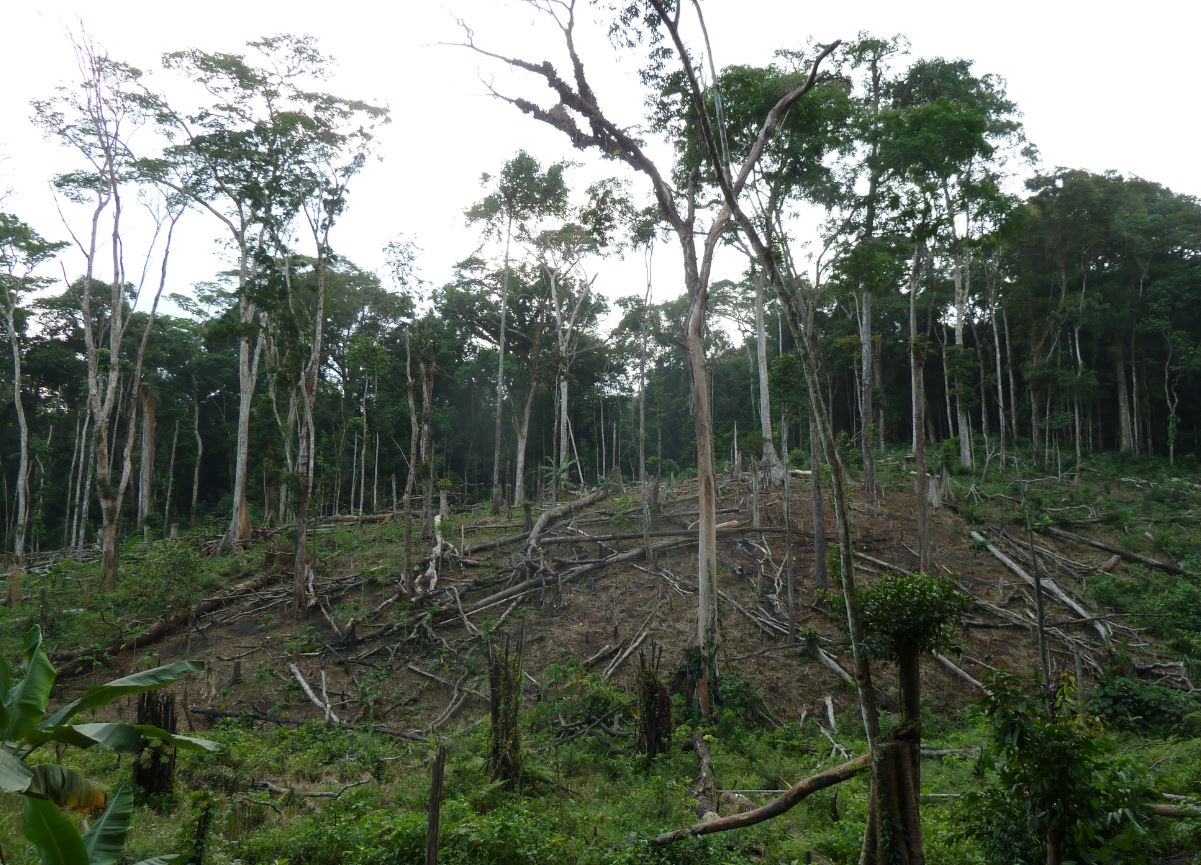 Tourists may often find the sight of baby apes being badly treated upsetting. What can they do to stop the trade abroad, and once they return home? Is it safe for them to ‘get involved’ and tell shopkeepers their concerns?

As a foreigner in Africa, you have to be really careful; just going up to someone and shouting the odds isn’t OK. People must never buy a baby chimp - that’s just exacerbating the illegal trade. I’ve rescued a chimp myself, and it’s hard work; by the time the chimp reaches you, it’s already a problem if there is no local sanctuary with adequate facilities available in-country.

If people are upset by what they see, they should take photos and contact an animal welfare or wildlife conservation organisation that works in that country. There are ape sanctuaries in some countries in Africa, which will rescue chimps. Alternatively, when you get home, contact us. However, as an individual, there isn’t a lot you can do, which is heartbreaking.

Is boycotting affected countries and areas the answer?

Absolutely not; boycotting is judgemental and even hypocritical. Bushmeat is an essential source of protein for many rural communities in Africa and it is a valuable source of income in places where there are few opportunities. Many species that are killed are species – such as deer- that are culturally acceptable in the UK. The issue has never been that it is wrong; just that many species, such as apes and other primates, can’t withstand hunting pressure or be sustainably hunted for very long. 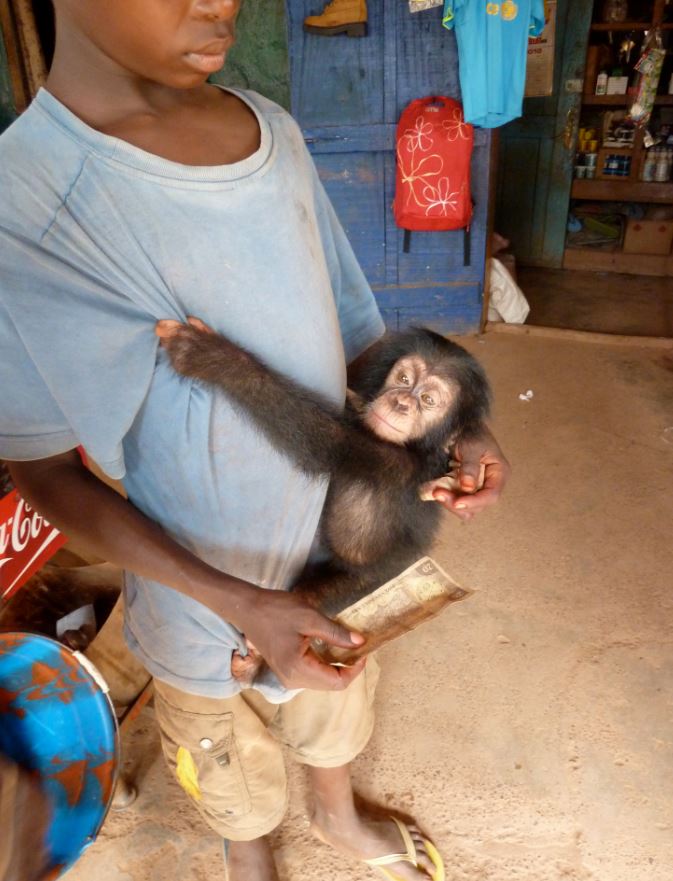 Born Free works to rescue and rehabilitate badly-treated apes. What happens once they’re in your care – and do you release them into the wild?

Sadly, it is very difficult to re-release chimps back into the wild; sanctuaries address welfare aspects more than contribute to ape conservation. Chimps are xenophobic, and will kill stranger individuals they encounter which are not part of their community.

The challenge is finding a release site that is suitable but no longer supports a wild population of chimps and is far from any human settlement, and these are hard to come by. Chimps which have been raised among people become humanised, and they then become dangerous to humans because they lose their fear of thems

How can we work to change the mindset of people who think keeping baby chimps as pets is acceptable?

The issue is less about keeping chimps as pets and more about the growing international and illegal trade in wildlife, particularly for the wildlife parks in China; apes, elephants and tigers are all being shipped abroad, and it’s so difficult to track and shut down.

Illegal trade in ivory is being driven by criminal networks. Stopping illegal trade in wildlife requires intervention from many levels. From source countries it requires the collaboration of law enforcement agencies - authorities that are invariably weak in Africa, or which give wildlife issues a low priority; China also needs to become more informed, and realise that the greed for animal parks - many of which involve circus-like displays - is unacceptable, and is threatening species that are already endangered in the wild.

Find out more about Born Free's campaign to save chimps.

Image credits: Thanks to Limbe Wildlife Centre and E. Greengrass

← How to make a small home feel more spacious

Keep your passport safe and avoid the hustle this summer →