How to spot a Brit abroad 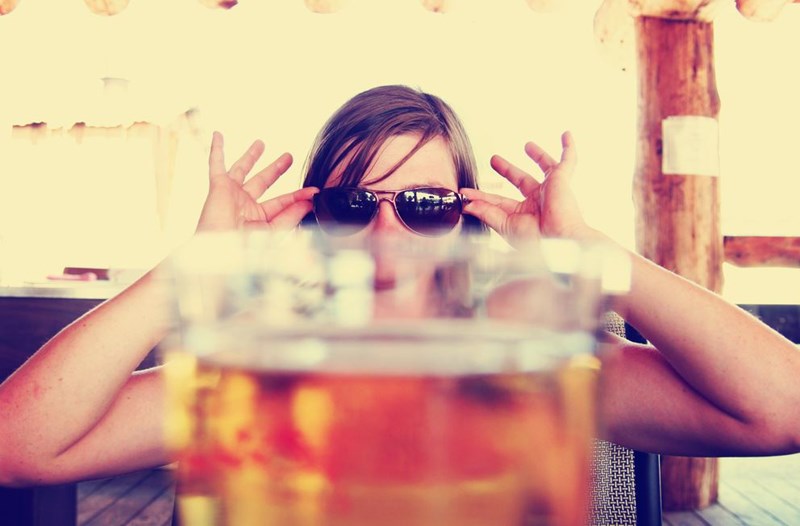 Red, loud, rude, crude and forever arguing with reception staff - and that's just the kids. While we can honestly say that we love this country and the people in it, there's something about Brits abroad that has us cringing in our seats the minute we leave the taxi and wheel our suitcases into Arrivals.

In case you're new to the UK and you're curious about Brits' behaviour the minute they leave the country, read on to find out what to expect.

Airport drinking. It doesn't matter what time the flight leaves - Brits going on holiday will polish off three or so pints before boarding their flight. Here's the odd part; as they queue up in the airport pub, already in their flip flops, the drinking classes often look very miserable at the thought of downing three pints. Anyone would think it is compulsory. Three pints isn't enough for some people, who decide to raid Duty Free for a bottle of vodka for the hotel room, which is inevitably empty by the time they land.

Pre-take off excitement. It may be impossible to believe, but most people have flown before, and they know how to stow their baggage, make sure their tray tables are upright, and sit down quietly, reading the safety manual. However, Brits like to fuss. About pretty much everything. Blocking the aisles? Check. Constant fiddling with seatbelt? Check. Inability to stay in their seats for the 20 minutes before take-off? Once again, check.

Complaining. The minute the plane lands and they hop off, Brits will start clucking about the heat. "How warm it is!" the witter approvingly, winding their cardigans around their waists. However, before they've even reached the transfer coach, the muttered complaints have started. There's no shade to wait for the bus! The cost of a bottle of water is FAR more than in their local Tesco! Woe betide the driver who doesn't have a bus with air-con; it's pretty much guaranteed the Greek chorus will pipe up before the bus has even left the airport.

Ordering food. If the hotel restaurant doesn't serve chips, sausages and beans, Brits will stare agog at their waiter, disbelievingly. They will then repeat their order, eyes wide with hunger and confusion, until the staff manage to show them that they're in a 5-star seafood restaurant. Even then they'll try their luck. "Couldn't the chef rustle something up?" they'll say, gesturing at their wan-looking children. "Kevin doesn't eat anything but proper British food."

Pool games. When is a pool not a pool? When it's a stage. This is exactly what happens to a swimming pool when Brits arrive; they see all the sun loungers surrounding it, and decide that everyone wants to hear what they're saying and partake in their watery tomfoolery. When a Brit family enters the pool to have a quick swim or play a game of volleyball, you'll know about it, because every shout, splash and hoot will be projected towards the surrounding sun loungers. After all, it's all about them - the rest of you are just angry-looking spectators.

Getting drunk before 1pm. Everyone else orders a beer, or a spritzer. Not the Brits. Oh, no. They'll share a bottle of wine or three, have a few chips for lunch, and before you know it, they're reeling around the bar, hooting at their own jokes and asking the barman to play Squeeze really, really loudly.

Buying up half the market. The rest of the world takes holiday markets for what they are; the opportunity to potentially buy a piece of treasure amid a realm of trash. Brits conveniently forget they've just done up the lounge with a cream carpet, and will come home with a lampshade furnished with pigskin, umpteen bags adorned with tiny mirrors and pieces of velvet, an oversize, multicoloured statue of a donkey wearing a sombrero, belts made of 'leather' that reek all the way home and some rude playing cards.

Cheese and ham toasties at 11am. It doesn't matter that they only had breakfast a few hours ago; at 11am or thereabouts, exhausted by a long morning of reading and scratching themselves, Brits will order a ham and cheese toastie from the hotel bar and consume it greedily as their eyes roam over the pool, idly watching everyone else eating a toastie.

The inability to rub in sun cream. How long does it take? A few minutes of careful application and then rubbing the cream in, maybe? Not the Brits; they're slather themselves in Factor 30, huff and puff and grumble about their inability to reach their backs, say 'Sod it' and toddle off to buy a Feast. Or a Solero. It depends what's available.

Rows during the journey home. All other nationalities accept their homecoming with a shrug and a smile. Brits tend to take matters to extremes; children have temper tantrums at the airport on the way home, couples quarrel over getting some more Duty Free 'to use up the spare notes', and hungover friends bicker about drunken rows that developed the previous night. By the time the plane lands, many people will not be speaking and there will be a cold, uncomfortable atmosphere at Passport Control.

How many hours do Brits lose every year due to getting lost on holiday? Click here to find out...

Here are five tips for keeping your kids calm on holiday. Enjoy.

← Part two of the complete guide to driving Route 66