London to Amsterdam in a flash with Eurostar 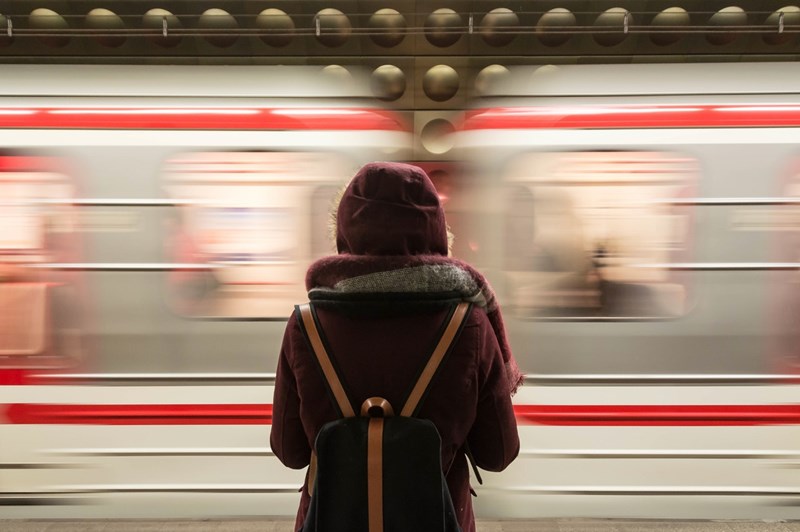 In times gone by, your only option to visit the sand dunes and windmills in The Netherlands from the UK, was by air or boat. But now, Eurostar1 are throwing their hat in to the ring with the announcement of twice-daily trains between London St. Pancras International and Amsterdam.

The cross-channel high speed rail service already offers direct services2 to seven destinations in France, including Calais, Lyon and Disneyland Paris, Brussels in Belgium and Moutiers, Aime La Plagne and Bourg St Maurice for the skiiers. Amsterdam is the latest venture on their list.

Opening more doors for travel to the Netherlands

Tickets for the new route3 went on sale on 20th February, with prices starting from £35 one-way. As the Netherlands grows in popularity for travellers, the new route provides an alternative from the chaos of the airport for those looking for a relaxing weekend getaway. When Eurostar launched their London to Paris route in 1994, 4 million passengers were travelling to Paris by air4. The market for travel between London and Paris has more than doubled over the 23-years since, with customers increasingly choosing high-speed rail over plane. There are currently 4 million passengers per year visiting Amsterdam from London by air, so expect a tourism boom starting April 2018. It may be a longer journey, but travelling by Eurostar emits 80% less carbon5 than the same trip via plane, making rail travel a clear choice for the future of travel in Europe.

With almost all new things, of course there will be teething problems. The current headache for Eurostar is negotiating with the Netherlands over passport and security checks. As it stands during the initial period, the return journey will connect through Brussels for these checks to be carried out. However, Eurostar expect the two governments to have an agreement in place by the end of 2019 to enable a straightforward journey in both directions.

How does it compare to air and boat?

If you wanted to travel via Eurostar on the new, uninterrupted outbound route and fly back, you could save yourself a bit of extra money, not to mention time. The outbound 08:31 train on 18th May is currently £35, while you can get a flight back with Vueling (at a reasonable hour) for £27 to Luton. This brings the total travel cost to a small £62!

Now you’re there, where should you visit?

Be ready for a whole host of happiness, in the 2017 United Nations World Happiness Report6 (yes, that’s a thing), the Netherlands was ranked the sixth-happiest country in the world! This is calculated by six key variables which include income, healthy life expectancy, having someone to count on in times of trouble, generosity, freedom and trust.

The Netherlands is home to 20 national parks, as well as hundreds of other nature reserves. Like the National Trust in England, a lot of these parks and reserves are owned by a Dutch government organisation called Staatsbosbeheer7. So if you’re a fan of the great outdoors, then take a visit to their website to find a nature area to explore. 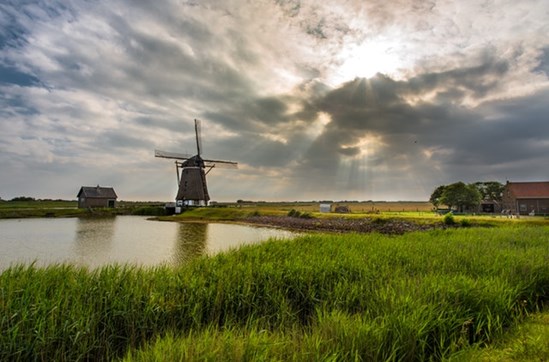 Almost as many kilometres are covered by bicycle as by train in the Netherlands. With an estimated 18 million bicycles (one per capita), we’re not surprised! In 2015, the European Cyclists’ Federation ranked the Netherlands as the best country for cycling usage in Europe. The Dutch have more than 35,000km of dedicated cycle tracks which helped to earn them the crown. So if you’re tight for time, grab a bike and get pedalling to see more of the city of Amsterdam!

Within Amsterdam itself, if it’s culture you’re after then you’ve come to the right place. There are over 44 museums to visit, big and small, including the Anne Frank House8 which you can find in the centre of the city, or for the football fans out there, you can take a pitch side tour at the Amsterdam ArenA9, home of AFC Ajax. 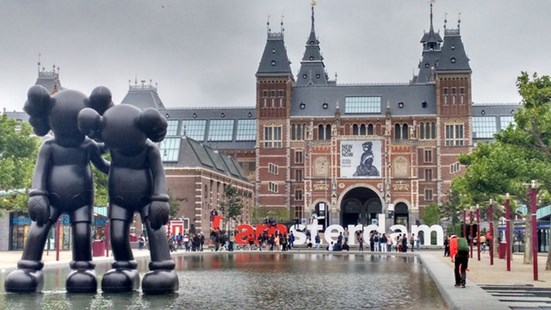 With 165 canals, there’s ample opportunity for a break from all that sight-seeing to sit and enjoy a ‘koffee verkeerd’10 or a jenever (traditional liquor of the Netherlands) with a stroopwafel among other snacks with a great view. Head to the Prinsengract canal for the most picturesque views, ideal for that perfect Instagram post!

There’s plenty to do and see, so enjoy the sights and the chance to relax fully when you purchase travel insurance for your Amsterdam city break. We have 24-hour emergency medical assistance, so you can enjoy the city nightlife and live your life to the full, safe in the knowledge that we’re here should you need us.

← Travel trends in 2018 that may surprise you