How to avoid avalanches and stay safe on the slopes 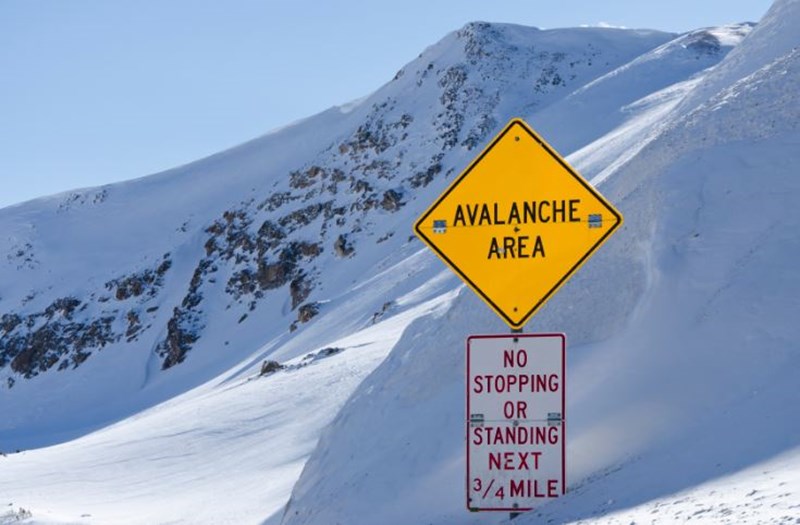 Avalanches are a way of life in the mountains. There are many risk factors but, if you take note of some sensible pointers, you will have minimised any risk as much as you possibly can.

Avalanches occur because snow is deposited in successive layers during the winter and then, subsequently, one layer slides on another when the downward pull is greater than the overall snow cover.

It's worth noting that studies have confirmed that virtually all avalanches are set off by off piste or cross country skiers, and to a lesser extent, snowboarders and hikers. It is therefore important to follow all safety notices and signs and stick to the clearly designated areas and away from closed pistes. Though nothing is ever certain, you should be safe in these areas.

80% of avalanches also occur during or shortly after heavy snowfall or winds. Snow that is wet from thaw or rain can also be at risk.

Avalanche risk ratings are displayed daily in ski resorts and are rated 1-5 in Europe and are correspondingly colour coded in North America.

Be well prepared and ski off-piste in a group

When going off piste it is optimal to go in a group of 3 to 5 people. It will be less frustrating for you if your group comprises of skiers who have the same attitude to safety as you.

Make sure you have a transceiver, collapsible shovel and probe when going off piste. It is imperative that you know how to use this equipment and have practiced using it before you set out. If you are in a group, make sure all members are carrying a transceiver and that mobile phones are switched off, as they can interfere with them.

Every skier/snowboarder, especially backcountry/off-piste skiers, should always be on a look out for the following signs in an effort to reduce the risk of getting stuck in avalanches:

Heavy snowfall in the past 24 hrs: Recent heavy snowfall can cause the sudden collapse of a snowpack on steep slopes as it hasn't had any time to bond. Significant snowfall accompanied by wind or considerable rain increases the chances of snow slides.

Recent avalanche activity: Recent avalanche occurrences are a sign of instability. Look out for depressions in the snow and accumulation of snow at the base. If there is evidence of recent slides, try and estimate the age of the slide by examining the freshness of the debris.

Strong Winds: Strong wind leaves heavy snow deposits on the sheltered sides of slopes and creates unstable wind slabs. Even-though wind slabs can form any time, they are particularly relevant during or after heavy snowfall.

Cracking or 'whoomping' of the snow pack: If you see a crack rapidly forming under your skies or along your route then you should get of the slopes immediately as this indicates instability. A loud 'whoomph' sound is a sign of a weak layer collapsing and is usually triggered by the weight of the skier. Avalanches are most likely to occur on slopes between 30 and 45 degrees.

General advice in case you experience an avalanche:

Try to escape to the side and grab hold of something e.g. a rock or a tree.

Avalanche survivors have spoken of ‘swimming’ to stay near the surface. Try this when the avalanche slows down – it may create an air pocket around your mouth and nose at the very least.

Keep your mouth shut at all times during an avalanche.

Get rid of your equipment and any other unnecessary items as soon as the avalanche strikes.

Evidence has shown that 92% of avalanche victims are still alive after 15 minutes under the snow. It is therefore imperative that any victim is reached quickly. After 45 minutes only 25% are still alive.

And of course, ensure you are adequately covered with us before you set off!