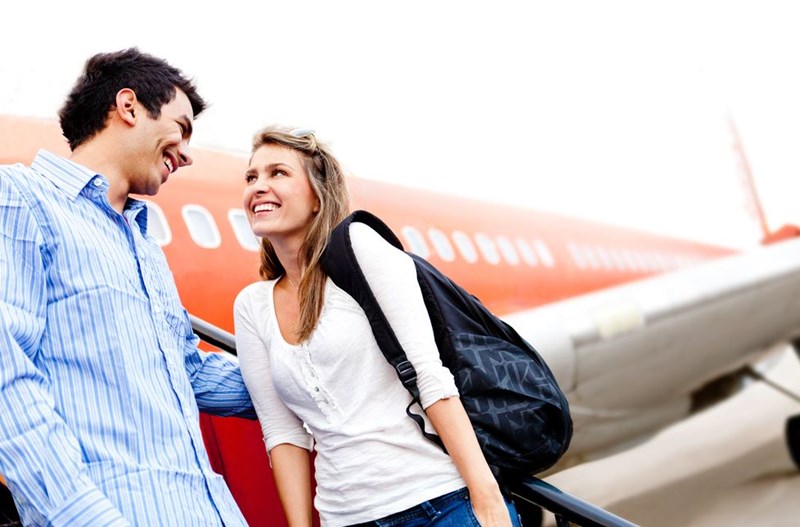 Are you secretly dreading Christmas with the in-laws, and harbouring fantasies of jetting off with your partner to a sparsely-populated island? You're not alone.

Travelbag have been busy recently with some festive research and they've discovered that the majority of Brits aren't looking forward to spending Christmas in the UK. In fact, 39% of UK adults have chosen to spend Christmas abroad, with almost a quarter of people interviewed admitting they did so to escape their families, the whole idea of Christmas or taking part in Christmas traditions. What a cheery bunch.

However, it looks like we have our reasons. While 37% of people are leaving the UK to visit family who live abroad, a further 18% are just trying to chase the sun and come home with a tan. Plus, these escapees have a sense of adventure; 15% just like the idea of spending Christmas in a different country to experience different traditions. Well, there's nothing wrong with that.

Interestingly, almost a quarter of those spending Christmas abroad travel by themselves, while 40% take their partners with them. A further 28% bring the whole family, while only 4% travel with their friends.

Of course, all of this jet setting doesn't come cheaply. Almost half of those who spend Christmas abroad admit to splurging up to £600 on escaping the UK.

When it comes to the all-important leaving date, it looks like Brits aren't afraid to jump ship at the earliest excuse. 16% of those leaving the country wish they could leave as soon as John Lewis Christmas ad and Coca-Cola trucks make an appearance. A further 15% would leave the second they see shops putting up a Christmas decorations. That'll be mid-October, then.

Half of the people interviewed make sure they leave the country at least a week before Christmas, and just over 10% would like to leave on the first day of December.

If you've got relatives or friends heading abroad and you're quietly confident that they'll miss your hilarious antics around the dinner table (a napkin folded into a swan, anyone?), you can think again. The survey found that 41% of people surveyed said that their least-favourite part of Christmas was family visits and entertaining family members, and 29% secretly loathe cooking Christmas dinner.

However, the escapees aren't completely washing their hands of Christmas - over two thirds of people keep some traditions, such as putting up a few strands of tinsel, exchanging gifts and singing the odd carol as and when the mood takes them. A further 12% are not so keen on traditions, with the exception of presents, and 12% always adopt the ways of the country they are visiting.

The survey concluded with a fairly shocking statistic; 10% of people going abroad admitted they'll miss the British weather. Let's hope the sunshine they're about to experience isn't too intolerable.

← How to avoid injuries while you’re on the slopes