Ten celebrities who are frightened of flying 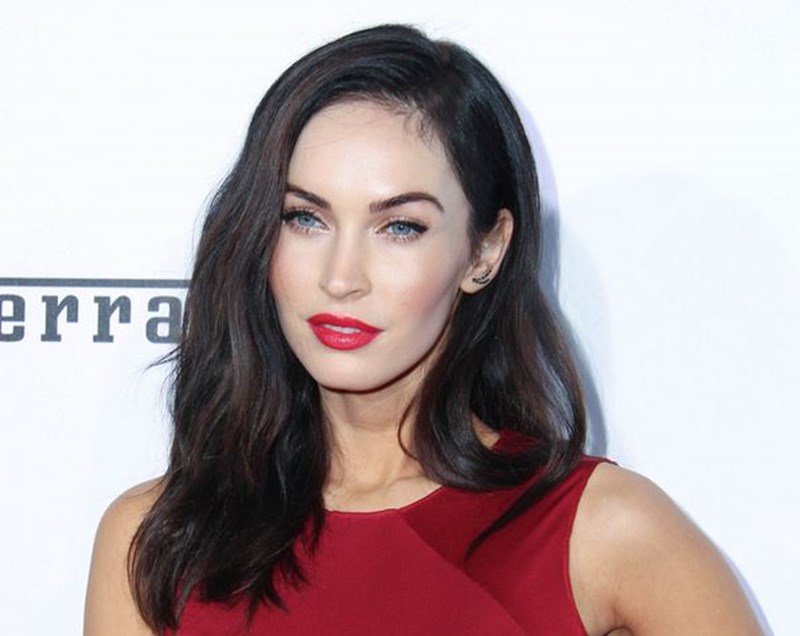 What’s the one thing that could ruin a glamour-filled jetsetting lifestyle? Why, being frightened of flying, of course.

It doesn’t matter how much money you have or how well-known you are - sometimes, flying's just too much for some people to handle. You won’t find these ten celebrities snoozing through take-off or idly flicking through a magazine through turbulence - and some of these aviophobic famous faces may surprise you...

Young Ben developed his fear of flying when he was 9, and took his first unattended flight to Washington. As luck would have it, the plane was struck by lightning, an engine caught fire, and the plane had to make an emergency landing.

Here’s where stuff gets decidedly iffy. The night before, Ben had watched a TV programme about child molesters that had frightened him.

As the plane was landing, the man sitting next to him leaned over and said: “You know, if we land, they'll put us in a hotel. Don't worry - you can stay with me." We’re surprised the Good Will Hunting star ever got on a plane again.

The self-styled Queen of Soul’s flying phobia came on quickly, and has stayed with her all her life. In February 1984, she abruptly cancelled two shows in Kansas City and then rescheduled her entire tour because she suddenly hated flying.

Poor Aretha is aware of how her phobia has affected her career. In an interview with Glamour magazine, she said: "I turned down two singing opportunities in my career because of a fear of flying: one for the Queen of England and one at the pyramids."

According to IMDB, she declined attending her Rock 'n' Roll Hall of Fame induction because of her hatred of flying.

Brad Pitt’s ex comes across as fairly fearless, but travelling at 36,000 feet doesn't do it for her. Even having a few glasses of wine won’t calm her down.

When she was interviewed by Kate Garraway on ITV a few years ago, Aniston said: "You can't get a big enough drink. It doesn't actually help."

Aniston has claimed that she’s working on getting rid of her phobia - maybe she could enlist some of her Friends to help her deal with it? Sorry. Couldn’t resist.

He may have taken on more swashbuckling roles than we’ve had hot dinners, but Sean Bean is no confident flier. According to Wikipedia, he’s especially uncomfortable with helicopters, which caused him difficulties when he was filming Peter Jackson's The Lord of the Rings trilogy in mountainous New Zealand.

After a particularly hairy ride, he vowed not to fly to a location again. He once took a ski lift and then hiked up a mountain in his full costume to avoid a helicopter journey.

There’s nothing wrong with a bit of bump 'n' grind - but flying’s not one of R. Kelly’s favourite things. Oddly enough, the rappers terror of flying was ended by none other than Nelson Mandela.

The self-proclaimed aerophobe, who was known to avoid transatlantic flights, took a chance when he was offered a chance to meet his hero. "South Africa cured my fear of flying," he said afterwards.

However, he’s still not 100% on board with the concept - in 2013, he almost missed his spot at Coachella festival as he travelled everywhere by bus. We believe you can fly, Mr Kelly!

The Atomic Kitten singer started hating flying at the height of her fame with the band, and in 2013, she revealed that she hadn’t flown for four years as her phobia had prevented her from doing so.

Speaking to The Mirror, she said: "I began self-medicating by taking Valium or having a strong brandy before a flight. But with all the ­promotional duties Atomic Kitten had, this wasn’t always possible. I had to be fully alert, not drowsy or drunk!"

Happily, McClarnon has since had therapy, and is now able to fly. We bet that made her whole again.

Even one of the world’s most beautiful women gets sweaty palms like the rest of us during take-off; but Megan Fox has an unusual way of dealing with the jitters. She listens to Britney Spears. No, we’re not kidding.

"I know for a fact it's not in my destiny to die listening to a Britney Spears album, so I always put that on in my (headphones) when I'm flying because I know it won't crash if I've got Britney on,” she said, when asked about her phobia. We hope Britney’s suitably flattered.

Speaking to Playboy in 2003, actor/hardman Farrell revealed that he’s not the world’s best flier. "I hate flying,” he said. “I get sweaty palms, I hear every f***ing noise. I usually get out of my head and just go unconscious or start tripping. It’s a big f***ing train flying through the air, and I hate it. I find it the most unnatural f***ing thing in the world."

We can think of some more unnatural things, Colin, but we’ll let you have this one. You were brilliant in Phone Booth.

If anyone has a legit reason for hating flying, it’s this lady; back in 2000, the Gravity actress and her then-boyfriend Bob Schneider narrowly avoided a plane crash when the light aircraft they were travelling in skidded off the runway.

Bullock admits to being 'deathly afraid of flying' and her fear influenced the way that Gravity was filmed. Instead of filming the ‘weightless’ scenes in a jet that plunges steeply downward every few seconds, giving the plane’s occupants a few seconds of zero-gravity, she was placed in a harness and popped in a a 10-foot- by- 14-foot box equipped with special lights and placed on a darkened soundstage, which made her look like she was floating in space.

Goldberg’s fear of flying has been with her for nearly three decades, and started when she witnessed a mid-air collision in San Diego. During an interview on Piers Morgan Tonight, she explained her issues with getting on a plane.

She’s since been on a Virgin Atlantic course that helps people face their fears, and although she’ll never be the world’s most confident flier, she’ll still do it.

"Some people are meant to fly. And I don't know if I was meant to fly, but I do it now," she said, according to CNN.

Chikungunya virus: What you need to know →