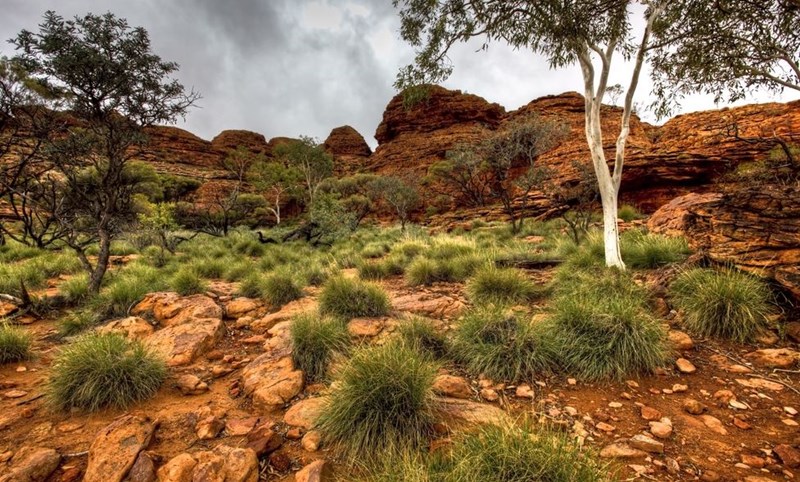 An Australian woman found alive and well after being lost in the bush for 17 days has revealed how she stayed alive in the wilderness.

Shannon Leah Fraser, 30, became lost after going to the Golden Hole swimming spot in Northern Queensland with her boyfriend and another friend. After she was rescued, family members told the media that she had been drinking creek water and eating small fish and insects.

The badly-sunburned mum-of-three sat in a creek for three days to soothe her cuts and burns, and had to fight off a cassowary (a large flightless bird) and a freshwater crocodile.

If you end up in a similar situation to Shannon's, here's how to survive the bush:

Tell friends and family where you're going, who with, and for how long. You can also give them contact details, maps of where you're travelling to and map coordinates. Don't forget to bring along a battery or solar power operated mobile phone charger.

Ask local authorities to assist you:

Ask them about the area before you travel there and the places that you should be careful of. It's also wise to let them know of your plans.

If you can, travel in a group of four or more. If someone gets hurt, it means that some people mcan stay with the injured person while others go looking for help.

Get savvy with your vehicle:

Make sure that you have basic maintenance skills before you set off. Knowing how to replace a headlight bulb, change a wheel and jump-start your vehicle are all vital skills.

If you do get lost, stay exactly where you are - don't try to replicate your mistake. Find a comfortable spot and stay put, and resist the urge to find your way back. You probably won't. You're lost, remember?

Do whatever you can to draw attention to yourself. Shout, light a fire, blow a whistle or, if you're somewhere high, take off some clothing and use it as a flag. If you're driving a car, make it clear you're in trouble by opening the car bonnet.

Go easy on the water:

Ration your water - it's the most important thing that you need to stay alive. Before you set off, always take as much water as you can carry with you - it's much more vital than food. If you've gone without water for a while, don't glug it down - take small sips and wet the insides of your mouth.

Leave moving around or any sweaty work until dusk, when you'll sweat less and lose less water. If you can, try to sleep during the day. Don't worry too much about having no food - you can survive without it for a few days.

Get out of the sun:

The sun's heat will cause you to lose fluid, so always seek the shade, and never do anything strenuous when the sun is highest in the sky. Don't bother drinking your wee if your thirst is overpowering; it'll contain mostly salt and impurities.

Your mindset will make all the difference, so try to retain a balanced mindset, where possible. If you've taken the proper precautions, someone will notice that you're missing and the authorities will be alerted. Giving up should never be an option.

← Brit holidaymakers splash out on breaks in 2014