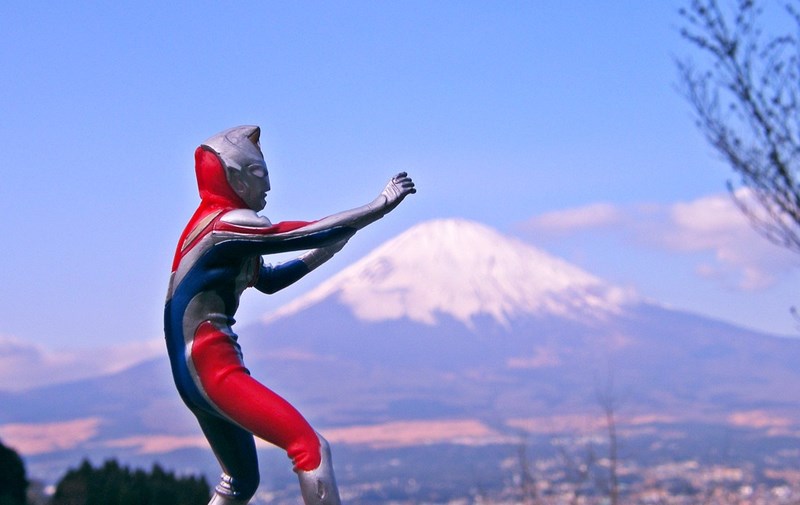 The Japanese culture can be frustrating for some, and fascinating for many, depending on the experiences we encounter in this conservative but highly modernised nation. The degree of cultural differences also varies based on your country of origin, but it is still interesting to know these facets no matter where you are from.

We have collated a few facts that you will want to know about, especially if you have plans to visit Japan, or even if you only need a few titbits of information to enhance your conversations with friends. All these are a collection of facts from personal experiences of people who lived in Japan.

One good way to insult someone, anyone, especially someone you are doing business with, or someone whose position is above you, is to refuse an alcoholic drink that was poured for you. In Japan, the etiquette dictates that the men should pour alcohol for each other according to seniority, which means that the junior should pour for his senior first, then the senior will pour for the junior next.

So when you go out for dinner, don’t assume that someone in the group is lesser than you in terms of work position. Pour for everyone just to be safe, and to be extra polite, and in turn, drink everything that had been poured for you. If you are not fond of alcoholic drinks, it will help if you drink slowly.

Almost all of Japan’s phones are high-tech, and they are years ahead of us in terms of technology. Their mobile phones, for example, are typically 5 years more advanced than those that we use in the UK or the US, and they are cheap, too.

Did you know, however, that the Japanese get very annoyed with people who are talking on the mobiles while on a train, a bus, or in any quiet environment? It is actually required that you put your mobile on silent and turn the ringer off whenever you step on a train or a bus. If you really have to make a call, or answer one, you should be as quiet and discreet about it as you can.

Many of us probably know Ramen as those instant noodles in cups, or you may have had them in Asian restaurants in your own country. The Japanese are very particular about their food and considerate it to be very important, and Ramen sits on top of their most prized food list.

The first thing to do when you get to Japan is to have authentic Ramen at a good outlet. Take note though, that some of these establishments have a prescribed way to eat Ramen. Remember that you should eat the food immediately, do not talk to your companions and show your appreciation to the chef by slurping loudly.

Ramen is excellent when eaten hot and fresh, before the noodles become soggy. In order to avoid burning your tongue, you should slurp while you suck the noodle in order to cool it down. If you really want to make an impression, compliment the chef by exclaiming ‘Oishi!’ while looking at him in the eye. “Oishi” means delicious, by the way.

You will find that local food is cheap and Western food is expensive, which is why we recommend that you let go of TGI Friday’s for your night out and instead try the many local restaurants in the locale of where you are staying. If the restaurant’s menu is entirely Japanese, you can request for an English version by saying “Ego menu arimasuka?”

One very important thing to remember when eating out in Japan is that it is considered rude to tip the waiter or any staff, so you don’t even think about it.

If you have lost something in Japan, there is a huge chance that you will find it in the Koban or the local Police box, which you can find all around the neighbourhoods. There are so many stories from friends who dropped their wallets or left their mobile phones on ATM machines and found them right there even after several hours.

So if you have an idea where you might have left something, you can just go to the nearest Police box and will more than likely to find it there. A Japanese speaking friend would come in handy since you’d probably find it difficult to explain in English and expect them to understand.

The lost and found rules in Japan are simple, you just need to report the incident to the Koban or local police box and give the police officers your name, contact details and address. If within six months the item you returned has not been claimed, it becomes yours.

When you go for a night out in a club or a bar, especially those that are not touristy, you will see a line-up at the bar. No, it’s not like where you are from, where it’s probably a free for all thing, because in Japan, people like keeping things orderly, so they line up. So as not to get frowns or any negative vibes to the tune of ‘baka gaijin’ (stupid foreigner) coming your way from the locals, remember to line up like the rest of the crowd and wait your turn patiently.

In big cities that have heavy traffic in small streets, bicycles are highly popular, mainly for the convenience and practicality. In Japan, there are millions of bicycles lying around. You might be tempted to “borrow” any of those unlocked bicycles you see on the street and see them as fair game. Stop, don’t do it. You know why? A ‘gaijin’ on a bicycle is a beacon for patrolling police.

Bicycle owners are required to have a license for the bike under their names, so if you buy one in Japan make sure to get your license and keep it with you at all times. If you borrow one, make sure that you bring a copy of the bike’s licence, because if you don’t, you will probably spend the night in jail and be in serious legal trouble.

We have all experienced shopping or being out and about when we are suddenly hit by a strong urge to use the loo. The sad reality in most cities in Europe or in North America is that public bathrooms may be difficult to find, or, in some cases, you need to purchase something from an establishment before you can use their facilities.

Another good thing about Japan is that there are a lot of bathrooms everywhere, and you can freely use those that are in restaurants or coffee shops. There is also no law against urinating in public, so if you really need to go, you can stop by the side of the road and make it your makeshift urinal, as long as you are discreet about it. Yes, it may sound disgusting to many of you, but now at least you know that you will not be apprehended for breaking a law against urinating in a public place.

If you are guesting at the house of a Japanese family for the night, you will be required to take a bath. A traditional Japanese house has a room that has a separate shower and bathtub, the tub filled with hot water every evening so that the family members can bathe.

Yes, everyone uses that same tub, and the same bath water all through the night, so as a guest, you will be offered the honour of bathing first, so it is very important that you accept this wholeheartedly, because even a polite refusal will be considered as a huge insult.

There is a strict bathing procedure to follow, don’t just jump into the water and make it dirty for everyone else in the house. You are required to shower before you get into the bath tub, and you have to shampoo and wash yourself off properly before you can soak in the bath tub. Don’t stay long, however, because the water will need to be hot enough for the next family member.

It is not unusual to see men in their business suits sleeping on the streets all over Tokyo, with their briefcases as their pillows. Don’t stare, because they will merely have got stranded on their way home because the last train has gone, and have decided to sleep nearby the train station. If you find yourself in the same situation, or get stranded without any cash for a taxi, you can join them. Just find a comfortable spot somewhere quiet and get some sleep until the trains start running again at 6am.

TOTO toilet seats are all over Japan. They feature an auto-lifting cover, built-in bidet, heated seats, and dryers, with some models that come with flushing sounds to cover the embarrassing noises one makes when going.

All those lovely features have complicated controls, all in Japanese! So if you are at a Japanese house, and you see one of these things, do not be embarrassed or afraid to ask for instructions, because it will be more embarrassing if you accidentally splash water on yourself instead of flushing, then have to figure out how to clean yourself up.

Also take note of the slipper situation, and that wearing shoes inside a home is rude. You will usually be given a pair of slippers when you enter a house. There will be another pair inside the bathroom, near the door.

Try something new and exciting on your next holiday →