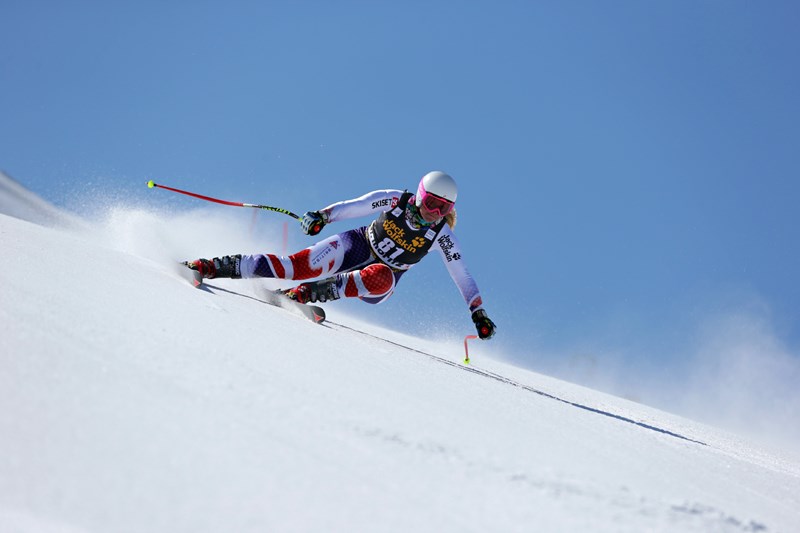 Whilst most of us are scouring the Internet trying to find a late deal to soak up the last of the summer sun, there are many who are already searching for a cooler retreat. Due to various factors the ski season is now longer than ever and it is a lot easier to find great early ski conditions than it was a few years ago. So while sun seekers are packing their flip flops and factor 30, here are a few places for those desperate to pack goggles and snow suits.

When the rest of Europe are hitting the beaches of the Med the Theodul glacier, sitting in the shadow of the mighty Matterhorn, is open for business for ski junkies. You will find not only die hard skiers here but also European National ski teams in training. Those in the resort are so confident of both their ski areas and high altitude that they offer a snow guarantee all year round, and it doesn’t get much better than that. Click here for more information on Zermatt.

The Palmer Snowfield at Mt Hood has a year round reputation for schuss-worthy snow coverage, and this is the reason Timberline Lodge and Ski area stays open when other North American ski areas have closed down for a summer break. Timberline also claims to have the only terrain which is lift served all year round and skiers of all abilities come here for early and late skiing in spectacular surroundings.

Austria’s largest glacier is Stubai which is only 20 minutes from the Neustift ski resort. The sheer altitude of the Alpine glaciers makes for ideal skiing conditions while the sun beats down on the popular European resorts. This glacier sits in StubaiValley, south of Innsbruck, and boasts a wide range runs with many reds and blues of between 2300 and 3200m. There is also some great off piste skiing to be had.

The glacier known as La Grand Motte offers you the chance to ski above Tignes from 3030m-3455m. These runs can be accessed by a fast and scenic chair lift or an underground funicular. There is a good choice of terrain here with blue, red and black runs as well as a good mix of drag and chair lifts. The long descent down to Tignes resort in possible later in the season when the really heavy snowfalls arrive.

The 3 lifts and bus you have to take to reach Blackcomb Glacier takes around 45 minutes, but when you get there the combination of late summer weather with soft glacial skiing is nothing short of breathtaking. A popular spot for summer camps, by the time late summer starts to descend into Autumn the spectacular Canadian setting offers a backdrop like no other and ski lovers will want to return time and time again.

A trip aboard the rotating cable car, the first of its kind in the world, will take you up to Titlis, 3020m above Engelberg resort. There are huge descents here both off and on piste and it is possible to travel down a 2000m run to the resort itself. Once an all year round resort, skiing is no longer allowed in the peak summer months as the glaciers are now being covered during this time to protect them but the season starts a lot earlier than in other places. Despite being close to Zurich and Lucerne, Engelberg is not as well-known as other resorts, but is a gem for those who track it down. For more information on Engelberg.

The resort of Passo Tonale, set upon a high pass in Trentino, is a purpose built ski village that offers much to the discerning skier. The Presena Glacier offers summer and early season skiing with a good variety of runs graded from blue through to black and 2 drag lifts. Those who love the thrill of skiing off-piste will have a whale of a time here as there are runs down the glacier as long as 10 miles.

If you cannot wait until winter to hit the slopes then the above resorts all offer great early season skiing. Both closer to home and further afield, they all offer the visitor something different whilst also all having one thing in common; outstanding ski conditions much earlier than many of their peers. There is still time this year to enjoy some early skiing especially in Europe as trips to America or the southern hemisphere tend to take more than a week or two to organise.