Six of the most unusual holidays in the world 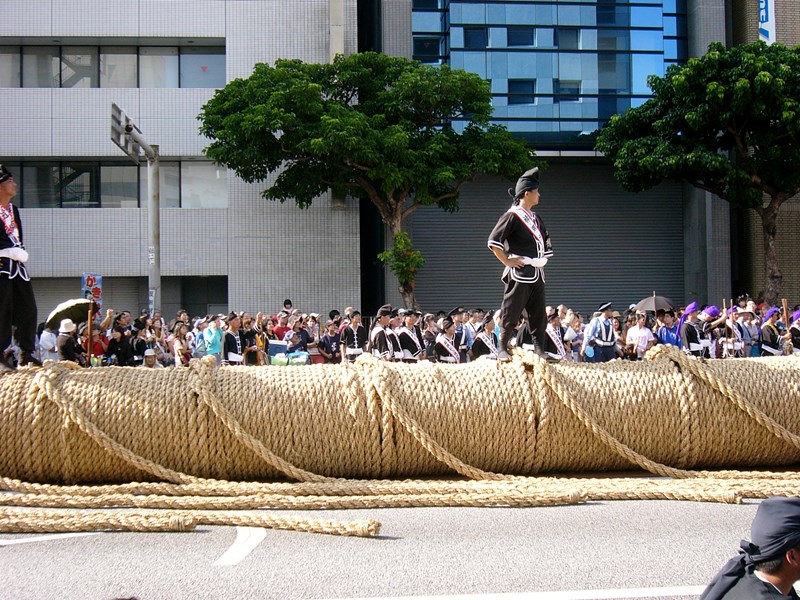 Yes, we all know Christmas, New Year and Easter aside, but are you aware of the weird and wonderful holidays that take place around the world each year?

The majority of us celebrate the holidays above, which came about to celebrate a person or a significant time in history, but there are loads more out there that defy common sense.

We all love an excuse to take a break, but you have to wonder what the logic is behind this selection of wacky holidays that are celebrated around the world.

The most famous goat in Ireland:

Every August in Killorhlin, Co Kerry, a three day celebration known as the Puck Fair takes place. This is held in honour of a very special goat that, centuries ago, was said to have escaped from his herd to warn the village of impending danger.

To celebrate this rather brave goat, people from all over Kerry congregate for three days of festivities to commemorate the noble deeds of said goat, or ‘puck’. Every year a mountain goat is crowned as King Puck, and reigns supreme over the festival, which isn't weird at all.

All that's missing is Gulliver:

Those who make the trip to Okinawa, Japan to enjoy the tug of war at the Naha festival could be forgiven for thinking they had stepped into a Jonathan Swift, novel as the sheer size of the rope used reduces the crowds to Lilliput-esque proportions.

This rope is a world record holder, measuring 200 meters in length and weighing in at a mighty 40 tonnes. It takes more than 15,000 people to make the tug of war event possible, and once the battle is over, taking home bits of the rope which have snapped off is said to bring good luck for the rest of the year.

A great excuse to wear shorts to work:

Every May 24 on the tropical island of Bermuda, they hold Bermuda Day. Nothing wrong with that in itself, until you discover that it has nothing to do with the country per se but is more a celebration of the day that Bermuda shorts became an acceptable item of apparel to wear at business meetings in the country.

Anyone who has sat overheating through such a meeting in more formal business attire cannot fail to be rather green with envy. Think how much more productive these meetings would be if everyone was comfortable and relaxed in a pair of Bermuda shorts. It makes Dress-Down Friday look positively feeble.

A is for Apple:

Even wordsmiths and lovers of the written word would be hard pushed to give a good reason why there should be a national holiday dedicated to the alphabet, but then again, we don't live in South Korea.

This nation doesn't see things quite like we do, and they feel that the alphabet is so important that it merits two separate holidays.

The main holiday is Hangul Day, which is celebrated every year on October 9, followed by for Chosen gul Day, which takes place annually on the January 15. Now then, who fancies singing the alphabet song?

No list of weird and wonderful holidays would be complete without mentioning the daddy of them all.

La Tomatina consists of people throwing tomatoes at each other in the streets of Bunol, a town near Valencia in mainland Spain.

Generally considered to be the biggest food fight in the world, thousands flock to this town every August to fling tomatoes, have tomatoes flung at them, and generally get into a red mess.

Only an over-ripe tomato will do, as they splatter better apparently, and being typically Spanish, this festival goes on for a week, then takes another 11 months to clear up.

Those who are fascinated with old stories of the sea and the pirates who rode the waves will love the festival that takes place every September in the US; International Talk Like A Pirate Day.

Its roots are pretty recent and came about from a newspaper columnist who thought it would be a good idea to speak like a pirate for a day (which is, in fairness, a very good idea). In fact, the original idea was to speak like one every day.

From these humble beginnings a phenomenon grew, and word spread quickly across America and beyond. Everyone who has ever wanted their timbers shivered or unleashed their inner buccaneer now has their chance, so hoist your Jolly Roger, don your hat and pretend you are your favourite pirate without getting arrested.*

* Disclaimer: Obviously, this depends on how you behave - we can accept no responsibility for arrests that come about after behaving badly during International Talk Like a Pirate Day.

← A day With Chemmy at The Ski & Snowboard show