12 of the Strangest Food Events Around the World – Pt 2 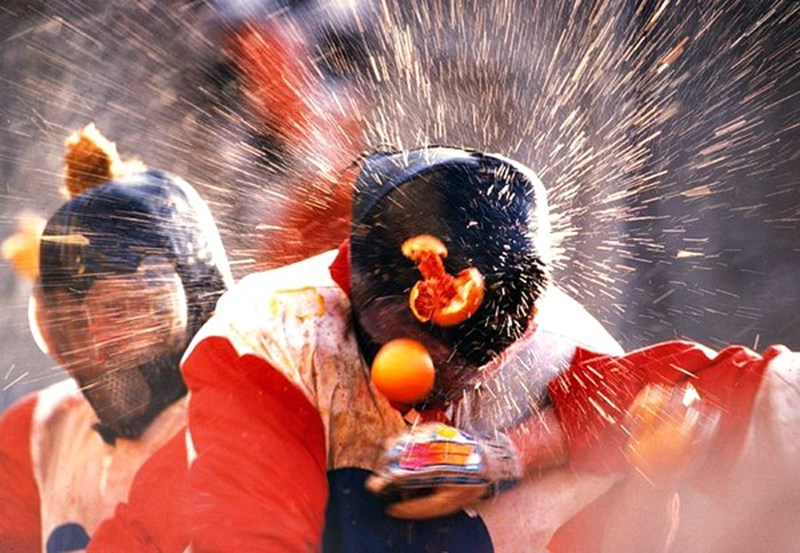 Having delved into the murky world of peculiar food events from across the globe, we found there were more odd eating activities going on than we expected, so we are back with another six very strange food festivals, holidays and events.

So, without further ado, here are more of the culinary oddities we discovered for your dining pleasure.

Waiter, there's a bug in my soup

Bugs are eaten around the world and viewed by some as the only truly sustainable food source, so there is a glut of food events across the globe that celebrates the versatility of the bug. One of the biggest and best is the annual Bugfest held at the North Carolina Museum of Natural Sciences in Raleigh.

While there are many activities, exhibits and displays that are family-friendly, the highlight is the Café Insecta. This boasts a menu that includes cricket chip cookies, ant enchiladas, stir-fried scorpions and everyone's favourite, the selection of bugs that come together to create the What's In Your Garden? Lava Cake. We're sorely tempted.

Night of the Radishes 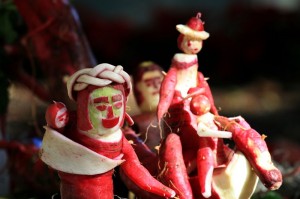 The humble radish is held in great esteem in Mexico, and woe betide you if you try and eat any of the exhibits taking centre stage at the Night of the Radishes, or Noche de Rábanos festival held every year in Oaxaca. This has been an official Mexican festival since 1987 and much time and effort goes into growing radishes worthy of being a part of the event.

Measuring  up to two feet long and weighing over 10lbs, the radishes are then carved with intricate designs with cultural or religious meanings and can be entered as individuals, or as part of a scene. The prize for the artisan who is judged to have put in the most time and effort is... their picture in the local paper.

You would be forgiven for thinking all road kill is the same, and you would be right, if you were anywhere but West Virginia during their road kill festival.

The animals who suffer an untimely death on the road are given a ranking, and you will see competitors being judged on the quality of their armadillo, possums and cats to name but a few, tyre tracks and all. At the end of it there is, of course, a Road Kill Queen crowned. We're still not sure how we feel about this. Mainly disgusted. 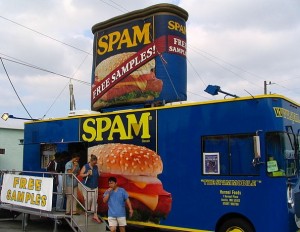 The meat with the mystery ingredients, Spam, is like Marmite in that you either love it or loathe it. The annual Spam Jam festival in Hawaii is a celebration of this 'spiced ham' that soared in popularity during WWII.

There are many who think Monty Python when they hear the word Spam, thanks to their sketch which used the word to describe anything that was inescapable and ubiquitous, and your fascinating fact for the day is that this is where the name for Spam mail came from. You're welcome.

Oranges are not the only fruit

The Ivrea Orange Festival in Italy is where participants split into nine combat teams and for ammunition use, surprise surprise, oranges. The result is noisy, messy and very sticky.

This celebration of the Battle of the Oranges is in honour of the town’s liberation from tyranny in the Middle Ages and it is taken very seriously. We can see the a-peel. 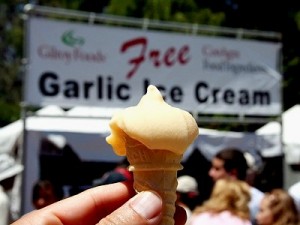 The final food event on our list takes place in Gilroy, California, the world's unofficial garlic capital, so you can guess what this festival celebrates. Over 100,000 visitors flock to the Gilroy Garlic Festival and eat an eye-watering 2.5 tons of the stuff while there.

The festival website claims that 72 tons of garlic have been used during the 29 years the event has been taking place, and this is the festival for you if you have a penchant for garlic ice cream or walnut and garlic tart with chilli syrup and garlic infused cream. Bring gum. Lots and lots of gum, and nobody you'd like to get close to later on that day.

So, do you fancy making a trip to one of these? Or do you think you’ll stick with county fairs and organic food markets?

← Staying safe on a singles holiday