The best films about holidays which went slightly awry 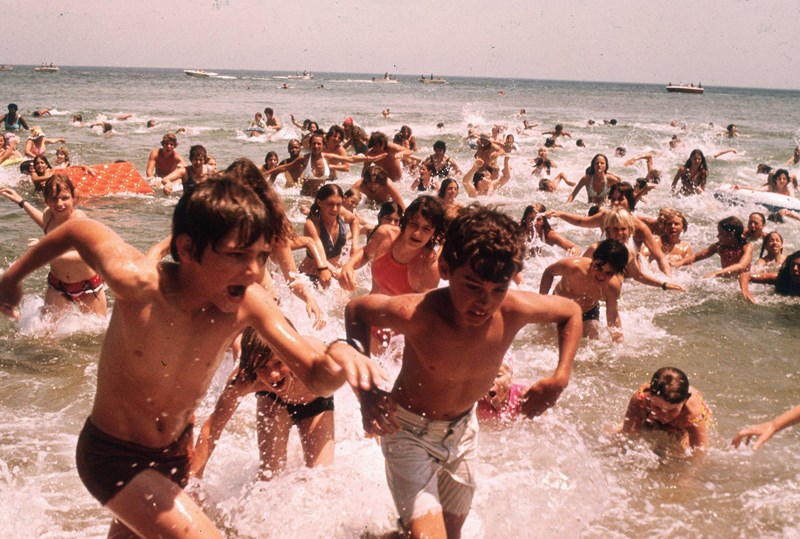 Packing for a trip at the moment? Good good; don't let us stop you.

Here at Columbus Direct, obviously, we're massive fans of travel - but we can't resist a film where the trip takes a funny, surreal or downright dangerous turn. You may have guessed this by our fondness for Airplane!, which we still rate as one of the best films ever.

Two hapless insurance salesmen uncover fraudulent activity and tell their boss Bernie, who invites them to his Hamptons island beach house to thank them for uncovering the corruption. However, Bernie's behind the scam, and plans to kill them - but is double-crossed by gangsters, who kill him instead of his two employees. Discovering their boss dead, the two frightened salesmen, for various reasons, carry on with their luxury trip while pretending that Bernie is still alive, and discover that dark glasses and strategically-placed strings help. Despite being dead for most of the film, Bernie manages to hold guests in his thrall at a gathering, have sex, enjoy a ride on a speedboat and drive a gangster mad. Oh, Bernard.

If there's one thing guaranteed to ruin your day at the beach, it's probably a disgruntled shark which has developed a taste of human flesh. Spielberg's 1975 summer blockbuster doesn't seem to have had a hugely-disruptive effect on summer holiday bookings - we all still love the sea and sand in the summer - but it's definitely given us an extra reason to think carefully before taking all of our clothes off and skinny-dipping at night. To be fair, you shouldn't do that anyway as it's dangerous and a bit silly, but, you know.

Bridget Jones: The Edge of Reason

We've been hammering this point home a lot recently - check out the FCO's 'Mules are Fools' campaign - but this is a brilliant, not-to-be-taken-seriously and lighthearted look at life in a Thai prison. When bumbling and newly-single TV journalist Bridget heads to Thailand to work with Daniel Cleaver (read: baddie) on a new travel programme, she comes a cropper when she accidentally tries to smuggle drugs back to the UK. We're fairly sure that life in prison abroad isn't as much fun as Bridget seems to make of it, but the film did make us value our Wonderbras, the currency of cigarettes and Madonna's early work a whole lot more. Seriously though, don't smuggle drugs, please.

Perhaps understandably, this put an entire generation of 30-somethings off camping for a long time, even in their parents' back gardens, but it's a brilliant example of a trip gone awry. When a group of three student filmmakers decide to investigate a local legend known as the Blair Witch, they set off to hike through some woods, and never come home. We'd like to remind you all at this juncture that camping is, as a rule, very safe, and you are unlikely to be troubled by an angry spirit during your holiday. Just watch out for wasps.

When the curmudgeonly Withnail and his good friend I 'go on holiday by mistake' (insider info - I is actually called Marwood in the film's script), they soon realise what hell the country is. Sick of London, the lack of jobs and the 'matter' they find in their sink, Withnail and Marwood borrow the keys to Withnail's eccentric uncle's country home and set off for some fresh air and wholesome living. Unfortunately, they're terrible cooks, the farmers don't like them, there's a randy bull and Withnail's Uncle Monty also decides he'd like some action. Hilarity ensues.

**SPOILER ALERT** What's worse than death in Venice? We'll tell you - a pair of meddling old busybodies and a malicious dwarf in a raincoat in Venice. Devastated after the death of their young daughter, Christine and John head to Italy, as John is commissioned to restore a church. However, things are not quite as they should be, and the dwarf we mentioned before not only has a snazzy red mackintosh, but a knife as well. Needless to say, things don't end well for the couple, and John and the dwarf have a tense stand-off that ends in disaster. Basically, John gets stabbed and dies.

Think we've missed a trick? Like to see one of your favourite films on the list? Tweet us at @Columbus_Direct or send us a message on Facebook. All suggestions will be seriously considered, we promise.

← Adam Libbey reveals how to successfully camp in snow