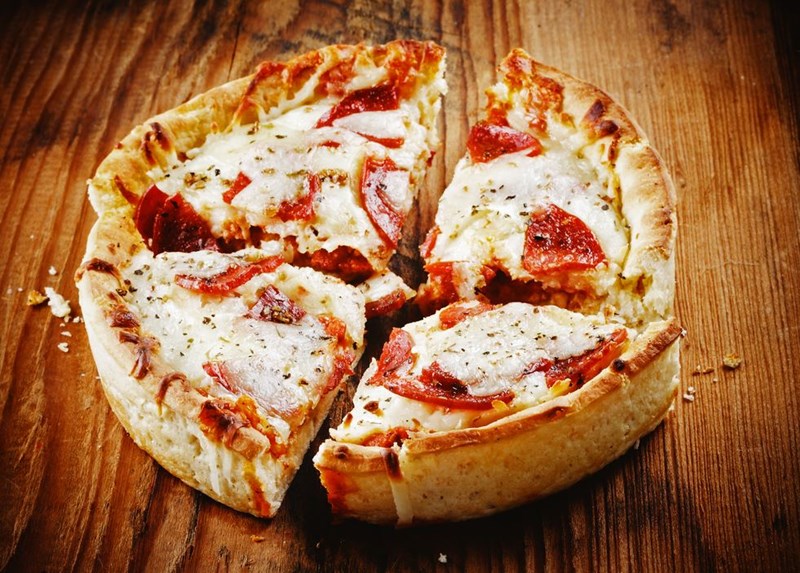 The oldest clichés are always the best, and if you’ve got plans to visit Chicago, we can bet that you’ve already spent a fair amount of time mulling over where to find the best pizzas.

Well, we’ve done the hard work for you, so whether you’re looking for something that’s lighter than air and big on flavour, or something that’ll pack a serious punch in terms of cheese and carbs, here are the joints you need to look out for. 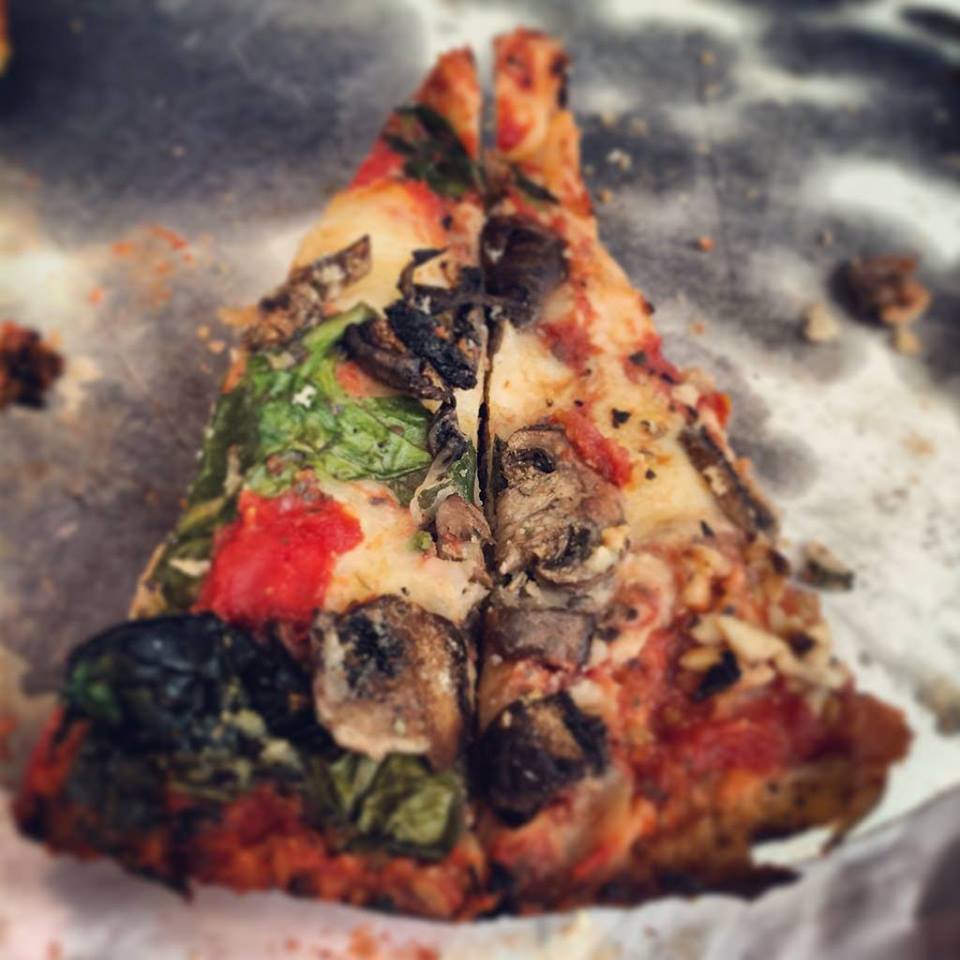 Run by pizza veteran Burt Katz (the mastermind behind Gulliver’s, Inferno and Pequod’s), this is the kind of pizza place where we recommend you forego lunch just so you can make the most of the pizzas on offer here.

Unlike most commercial stodge that seems to pass for pizza, Katz’ creations are mainly a thick, moist, oily focaccia with minimal sauce and a caramelised cheese ring surrounding it.

Burt takes the quality of his food extremely seriously; he buys all his veggies fresh every day, and won’t reveal where he gets his sausage, telling one blogger it’s from a local butcher who charges 'more than most'.

Even if you’re after a takeaway, we recommend that you call ahead to place your order; it gets surprisingly busy, especially at weekends. Their Facebook page is here. 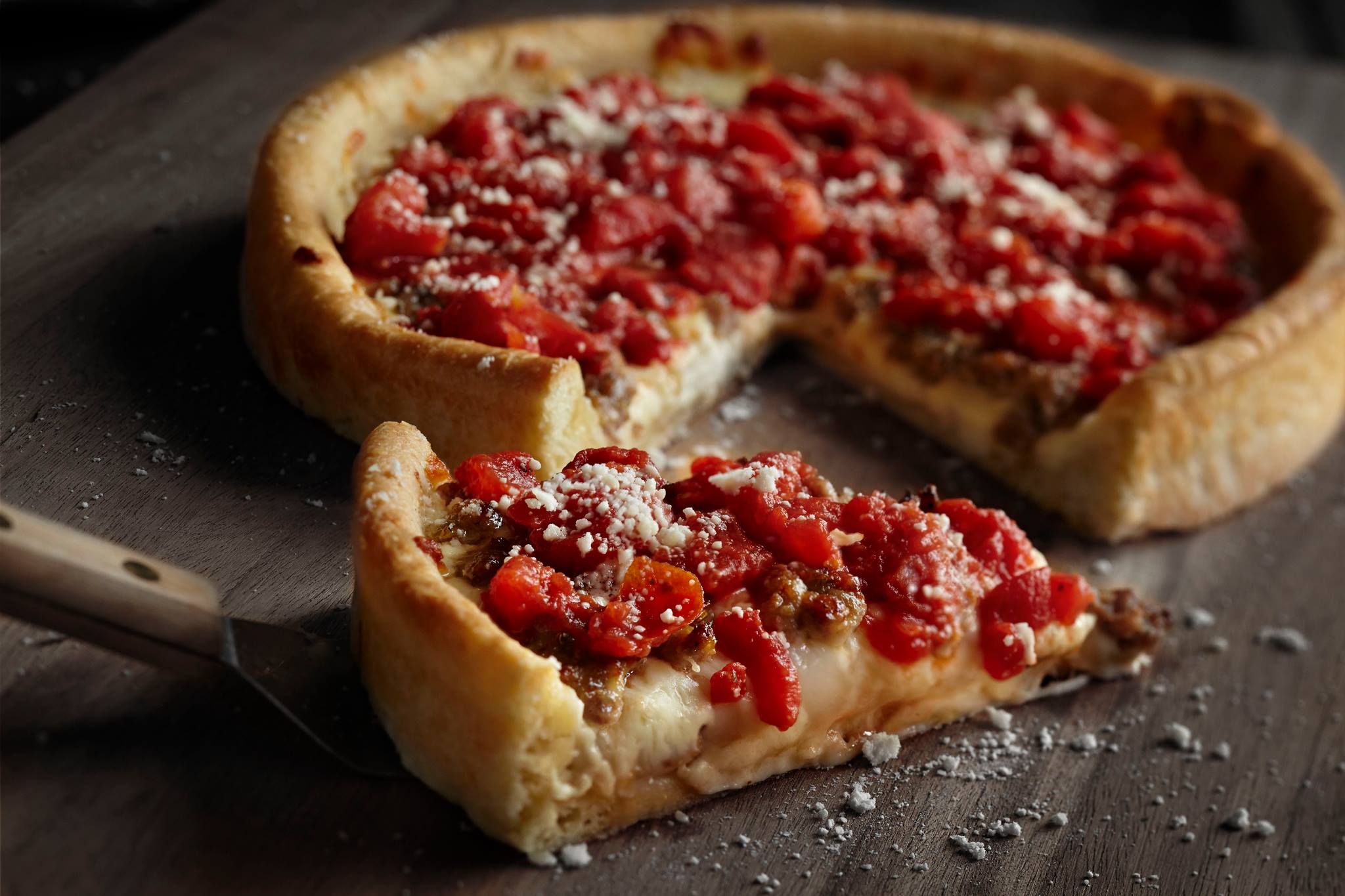 For those not in the know, Uno is the original pizza place, and Due is the second restaurant that opened up when they couldn’t cope with the demand. Don’t worry, it’s just a short walk away.

Uno is the hallowed place where the original deep dish pizza (that’s a pizza which boasts a crispy short dough crust, covered with a layer of cheese, then a thick, substantial tomato sauce) became part of the public’s consciousness. Beware - if you’re not feeling particularly hungry, these pizzas will almost definitely beat you, but if you’re hungover and raring to chow down, you’ll love it here. Want to peruse their Facebook? Here you go. 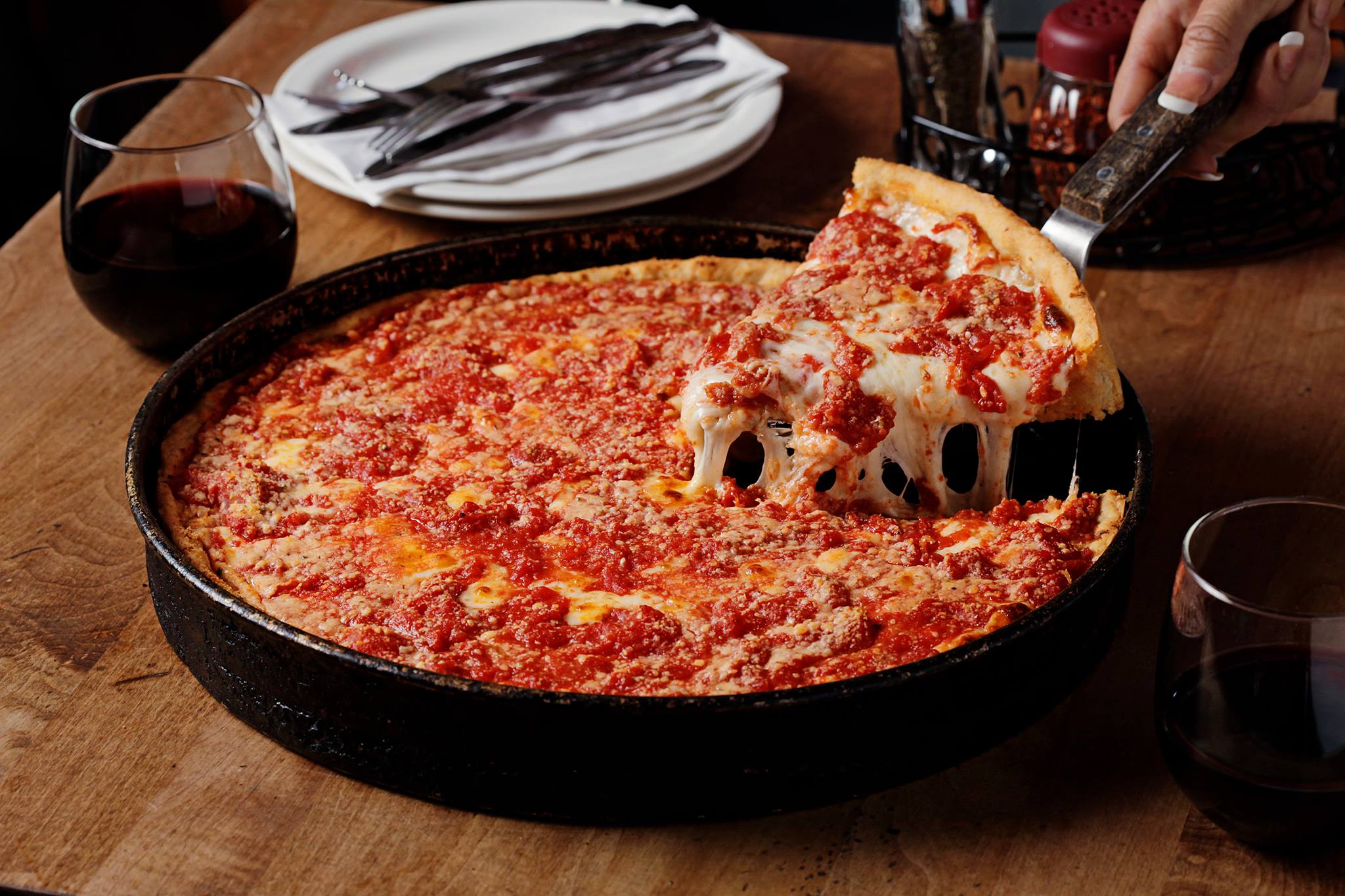 Widely regarded as one of the most iconic and best restaurants in Chicago, this pizza chain rarely disappoints; it’s definitely the place to go if you’re after deep dish pies. How have they made their mark on a landscape dotted with pizzerias? Easy; it all starts at the crust. Buttery, pliable and horribly moreish, it hugs the toppings like an overprotective parent. And the toppings don’t hold back either.

Cheese and sauce are added in equal measure (these guys don’t scrimp on either). After a suggestion? We recommend ‘The Lou’; it’s a spinach mix with mushrooms and sliced roma tomatoes covered with blend of mozzarella, romano and cheddar cheese on garlic Buttercrust™ (yes, they’ve actually trademarked the crust, that’s how good it is). Follow them on Facebook here.

As we all know, most decent recipes date back to someone’s relative and have stood the test of time - and Giordano’s is no exception.

The recipe for these pastry-like stuffed pizzas was dreamed up by the founder’s mother, and when packed with meat and ricotta fillings, it truly is a thing of beauty.

What sets stuffed pizza apart is an additional layer of dough above the cheese and below the sauce, which most people don’t spot, as it’s the same colour as the cheese. Prepare yourself for a fairly long wait - it can be up to 40 minutes from when you order to when you receive your pizza - so order a cold 312 Urban Wheat Beer and prepare yourself for the feast of a lifetime, with lashings of cheese. Of course, they're on Facebook too.

The Art of Pizza 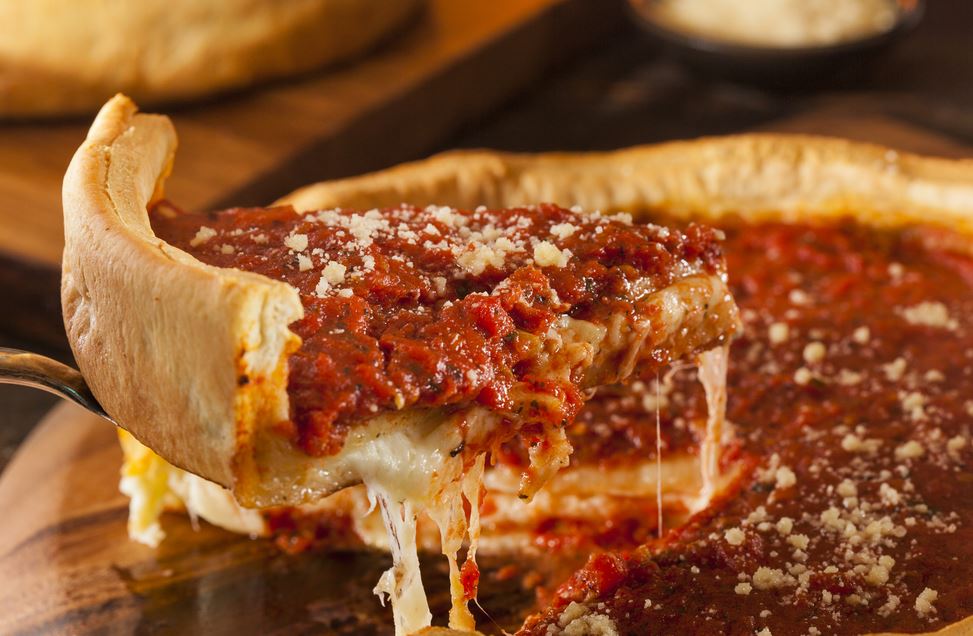 In terms of the authentic Chicago pizza experience, The Art of Pizza is a strong contender. It’s great if you’re in a rush - you can just stop in for a quick slice - and it’s not the kind of pizza which will leave you lurching around, uncomfortably full, for the rest of the afternoon.

The secret is the crust, which is light and cracker-like, and gloriously golden. Like many of Chicago’s pizza joints, there are no substitutions when it comes to ordering, and there are only six pizzas on the menu.

Our favourite? Art’s Southwestern is a winner - it’s got a BBQ sauce base, and comes with ground beef, bacon and onion. If you’re feeling defeated after a heavy night out, this will cure you completely.

← Flights to Greece face delays and cancellations due to strikes