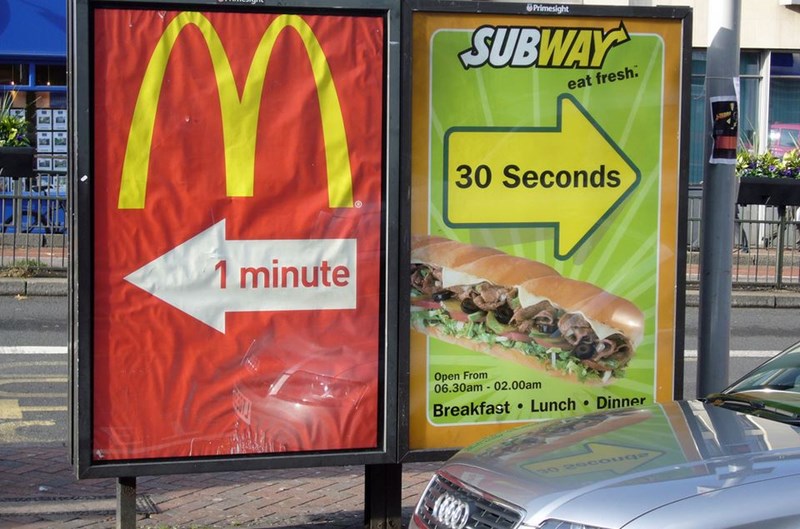 Brits abroad are famed for many things - but it seems like rolling their sleeves up and trying as many foreign foods as they can isn't one of them.

New research by Sunshine.co.uk has revealed which meals Britons go for when they're on holiday - and yes, you've guessed it, junk food features fairly heavily for the 2,100 people who were interviewed.

Italian dishes like pizza and pasta were a favourite dish for evenings, but McDonalds and fry ups were the favourites for lunch.

Pizza came out top for the evening meal of choice, but it was closely followed by pasta, steak, fish (the only healthy choice in the top five) and Indian food, which came fifth - regardless of which country the interviewees has been holidaying in.

When people were asked about lunch, surely things would be different, and they'd branch out. Surely? Sadly not.

The most popular lunchtime food was - wait for it - McDonald's, followed by a fry-up, a sandwich, chips and the old staple, pizza.

Of course, most people admitted that they ate more on holiday, with 76% of people saying that they overindulged more on holiday. And how much are people spending per day on food? £30 per person, according to the survey's results. That's a lot of chips.

Of course, there must be some people who tried the local cuisine? A few. 12%, in fact. Well done, you lot - you'll have experienced the joys of tapas, meze, paella and all the deliciousness that holidays have to offer. McDonald's. We ask you.

Plane food is pretty ropy too. Trust us, we've tried it.

Are you a travel foodie? Don't miss our top tips for making a meal out of your next break...

← Does volunteering do more harm than good?

The stupidest things that tourists have ever done on their holidays →