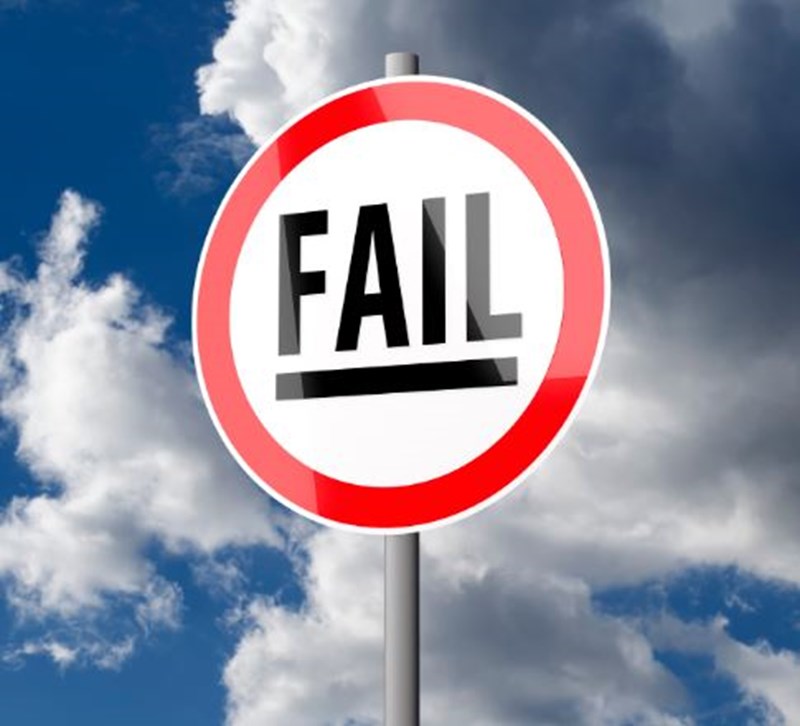 The reason why we love travel so much is its unpredictability. You may make a plan, but it's always best to bear in mind that Lady Luck hates plans, as a rule, and will do everything in her power to alter it. Of course, this often works out well - but there will always be the handful of times when things go wrong on the road.

We've been speaking to some travel bloggers about their ultimate travel mishaps - and the lessons they've learned from their travels...

Ashley and Carolyn from The Lazy Travelers: "Our worst travel mishap occurred on our last night in Vienna. Naturally, we stayed out far too late - especially considering we had a 7am train to Prague the next morning.

"We got home to our apartment around 2.30am, pressed the "Up" button in the lift, and panicked when it went down instead. The doors opened to reveal a crypt somewhere beneath Austria. The elevator would not budge. Cue freakout. We screamed for help, banged on the door leading up to the street, and pleaded with the German operator on the elevator's emergency call line.

"Finally, after an eternity (45 minutes), a kindly Austrian man pulled up the cellar door and set us free. It's possible he immediately regretted letting us out; we were in hysterics. The lesson? Never stay out until 2 AM the night before an early train. (You can read about the entire night here.)

Paul Johnson from A Luxury Travel Blog: "In Lithuania last year, myself and my family had a Russian banyan (a kind of sauna where you're thrashed with sticks). Let's just say it was an interesting experience and involved a degree of nudity which didn't really sit well with us British!

"Anyway, the next day I had a Thai massage at the same resort. On arrival, the Thai lady told me to undress in preparation for the massage and lie face down on the bed when I was ready. Following the previous day's experience, I pointed to my shorts and asked if I was meant to remove them also. She nodded. They were swimming shorts and I didn't have underwear underneath – she had assumed I did. Imagine my (and her) embarrassment when she re-entered the room after I had got ready!"

Abigail King from Inside the Travel Lab:  "In my student days, I once set off without a single shred of underwear, three skirts and one top for a week long trip. I’d like to say that since then I’ve never repeated the optimistic 'pack in the morning, it will all work out in the end routine', but I wouldn’t want to lie..."

Bino Chua from I Wander:  "I had hired a driver to take me to a remote town in Iran and told her I'd be back at 1pm. When I came back at 1pm, I caught her sulking inside the car. Apparently she had interpreted that I would be back in one hour. Despite my attempts at explaining to her that I meant 1pm, she never understood me.

"For the entire trip back she kept on complaining about how I supposedly took so long to return, and I never heard the end of it until I alighted from the car!"

Kristin Luna from Camels and Chocolate: "My husband and I honeymooned in Borneo for three weeks nearly five years ago. Towards the end of our trip, we were out at the famed Sipadan island for a day of diving. On our final dive of the day, I took a safety stop at 15 feet and floated along over coral and rock as I waited out my mandatory three minutes before surfacing. There was so much to see there even at 15 feet, that I kicked around with prying eyes, trying to see every last marine creature before leaving the Celebes Sea.

"I felt something bump into me, turned around and a large fish was swimming away. I didn't think much of it until I surfaced and got back on the boat; at that point, my Achilles was burning something awful. After removing all my gear, I took off my 5mm long wetsuit, which was layered over a bootie, and there was a hole the size of a quarter right near my ankle. It stung badly and was bleeding heavily under the skin.

"My husband said, "Did you see that triggerfish trying to punk you? He kept going at you every time you swam near his nest (triggers have a conical-shaped territory and are known to be aggressive in these parts of the world), warning you to back off." Not only did I not see it, but that little jerk left me with a lasting memory of my honeymoon as I've still got a deep hole and noticeable scar on my left leg!" You can read Kristin's full post on her triggerfish terror here.)

Anthony from The Travel Tart:  "I wish that I had thought about waiting for some decent public transport in Zimbabwe once instead of risking my life in a mini bus taxi that wouldn't pass a roadworthy in a demolition derby.

"There's nothing like waiting for four hours in the heat, only for the driver to make up for lost time by speeding along potholed highways at 140 km/hour, sitting next to a person with a large backside for 12 hours!"

Neil from Backpacks and Bunkbeds:

"I spent a whole 28 hours on an old coach; it was horrid! We boarded in Prague, having travelled to the Czech capital as a result of the Icelandic volcanic eruption in 2010, and the subsequent cancellation of our Munch to London flight. We'd had a great time in Prague, but I boarded that coach with nothing but fear inside me. I'm over 6ft, so I don't do coaches very well, and the thought of being crammed with knees under my chin for over a day was not pleasant, as and such I thought about my seat very carefully. I got it all horribly wrong.

"What I should have done was take an aisle seat, instead, what I took was the middle seat at the very back row. In fairness it seemed like the best seat in the house for leg room, but what I didn't account for, stupidly, was having four people now effectively sitting next to me, two directly and two indirectly. That meant four different bladders that would require my waking and moving should they need to visit the toilet.

"My seating error also meant two potential shoulder sleepers (and dribbler, and snorers) should those sitting next to me crash out. These issues may not sound like much, but over 28 hours they can become really quite irritating, especially when the bloke next to you likes to watch movies on his laptop without headphones. I wouldn't have minded, but it was 3am and the films were in German, so I couldn't understand a word."

← Amuse yourself at the airport on the cheap