Bulgaria has a long and diverse history, as well as stunning natural surroundings. So it’s no surprise that the country has seen its tourism industry continue to grow, with increasing numbers of visitors in recent years according to the World Bank.

Civilizations like the Ancient Greeks, the Celts and the Ancient Romans all spent time in the area, leaving behind their own influences on the country’s history and culture. The area is also known for its traditional music and stunning sandy beaches, while visitors can learn more about the land thanks to the numerous museums and historical structures from over one thousand years ago.

If you are planning to travel to Bulgaria then you will need to ensure that you have travel insurance in place before you fly, in case you face something unexpected during your visit.

Our aim at Columbus Direct is to ensure that you are properly protected on your holiday, which includes cover for medical expenses and travel delays, as well as protection if your luggage becomes delayed, lost, stolen or damaged.

Is Bulgaria part of Europe for travel insurance?

The country became a full member of the European Union in 2007 and does come under Europe for travel insurance policies with Columbus Direct.

You would only need to choose Worldwide cover if you decide to get annual multi-trip cover with the intention of travelling to countries not covered by our Europe policy like the USA, India or the Caribbean.

Before travelling, you should ensure that your passport is valid for the duration of your stay. Currently, British Citizens don’t require a visa to travel, but further documentation may be required if you plan to stay for longer than 3 months. These rules could change after 31 December 2020, depending on the outcome of the UK’s negotiations with the EU.

If you are concerned about your health and want advice on getting vaccinations, then it is worth speaking to a health practitioner before your holiday.

You should ensure that standard UK vaccinations like MMR and the seasonal flu vaccine are up to date. The NHS also advises that you consider vaccines for tetanus, diphtheria and hepatitis B. Travellers who are at a higher risk might also want to speak to their GP about getting protection for hepatitis A, rabies, and tick-borne encephalitis.

To prevent other illnesses, you need to be wary of the food and water you consume, and avoid insect bites, as well as extended exposure to the sun.

The EHIC remains valid for UK citizens at least until the 31st December 2020, but this could then change depending on the outcome of negotiations between the UK and EU following Brexit. The EHIC currently entitles you to medically necessary state-provided healthcare either for free or at a reduced cost. It isn’t a replacement for travel insurance however, and you should still make sure that you have cover in place to avoid any unexpected costs.

If you plan to drive during your stay, you will need your UK driving licence. This could change after 31 December 2020, and you may also require an International Driving Permit, depending on the outcome of negotiations between the UK and EU. The Foreign & Commonwealth Office advises that many roads are in poor condition and driving standards are generally poor. You also require an e-vignette to drive on motorways and main roads that are outside of towns.

Is it safe to travel to Bulgaria?

Bulgaria has a low crime rate, but tourists are advised to take precautions to protect themselves from potential street crime like bag thefts and pickpockets.

There are many stray dogs in the country, and it is usually best to avoid getting too close to them, as they can be dangerous and carry various diseases.

The LGBT community hold a parade in Sofia each year, but public attitudes aren’t as positive as the UK and the country was ranked poorly for LGBT rights by Rainbow Europe. Homosexuality isn’t illegal, but some members of the LGBT community choose to keep a low profile while in the country. There is more information and advice on these issues on the Foreign & Commonwealth Office website.

Earthquakes are quite common, but in most instances, they don’t have any lasting damage. There is also a risk of flooding and wildfires at different points in the year. Tourists are advised to follow media reports and to listen to advice from local authorities if they experience any severe weather during their stay. 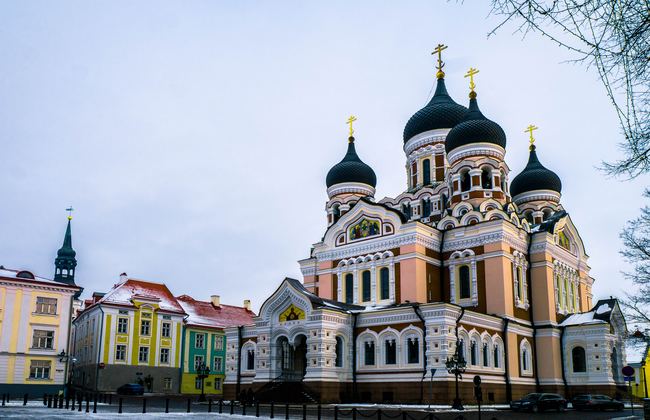 Where to go and what to do in Bulgaria

Sofia is the capital of Bulgaria and it has a population of over one million people. It is a city that has a long history, which can be seen by the historic structures that are around every corner. This includes the Boyana Church, which dates back to the 10th century and features stunning artwork across most of the interior walls. There is also The Church of Saint George which is believed to be the city’s oldest building after being built by the Romans during the 4th century.

Another historic building that gets a lot of attention from the public is the Rila Monastery which is within the Rila Mountains. It was founded during the 10th century and it attracts close to one million visitors each year.

Orthodox churches can be found across the country, with St. Alexander Nevsky Cathedral being one of the most popular among tourists thanks to its stunning architecture. It is also one of the biggest Christian churches in the world with the capacity to have up to 5,000 people inside.

Burgas is another popular location and is situated on the coastline of the Black Sea. The city provides stunning views across lakes and lagoons, while there is also the Sea Garden park for visitors to explore.
St. Anastasia Island is another popular tourist location and can be found 1.5 km off the coast. It had previously been used as a prison and it has its own supply of electricity and water. Tourists can visit the local church on the island, as well as a restaurant, conference hall and a museum which takes you through its history.

The country’s coastline has many sandy beaches for the public to enjoy, with Slanchev Bryag considered to be one of the most popular seaside resorts, which is close to Burgas and offers plenty of water sports and a busy nightlife.

Benefits of getting travel insurance for your Bulgaria holiday include: