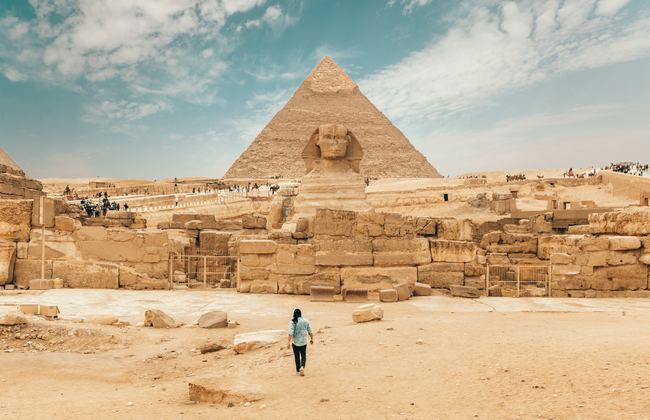 Egypt is known as a country full of ancient history, including the Giza Pyramids and temples that date back thousands of years. It also offers hot weather, stunning beaches and a unique culture for tourists to explore.

If you’re planning a trip to Egypt, it is worth planning ahead and making sure that you know where you want to go, and how you want to visit the various tourist spots on your itinerary.

Here is everything that you need to know ahead of your holiday, including important travel documents and what you should explore when you arrive.

Do you need a visa and vaccinations for Egypt?

You will usually require a visa if you are travelling to Egypt with a British passport. You can apply for the visa for before you travel by using the Visa2Egypt portal, and you will then receive an e-visa that is valid for a maximum of three months.

Alternatively, you can usually get them at approved bank kiosks in the airport on arrival, and they can be valid for a maximum of 30 days. A single trip visa costs $25 USD, but you can also choose to pay in euros or pound sterling.

You may not need a visa if you are travelling to Dahab, Sharm el Sheikh, Nuweiba and Taba resorts for up to 15 days, as you will receive a free entry permission stamp upon arrival. If you are planning to go to one of these resorts, then it is worth checking your entry requirements ahead of time.

You should also have at least six months validity on your passport on arrival into the country, and you are advised to also carry details of where you are staying, an e-visa printout and your general travel itinerary.

General vaccines and boosters should be up-to-date, including MMR, tetanus and the seasonal flu vaccine. The NHS also advises considering vaccines for Hepatitis A, Hepatitis B, Typhoid and rabies. If you’re unsure of which vaccinations you should get, you should consult with your GP for advice.

Does Egypt come under Europe for travel insurance?

Egypt does come under Europe in our travel insurance policies. You would only need to get worldwide cover if you are getting an annual multi-trip policy with plans to travel to destinations that come under worldwide.

It is also worth remembering that travel to Egypt is not covered by the European Health Insurance Card (EHIC) which usually gives European citizens access to medically necessary state-provided healthcare for free or at a reduced cost.

The Foreign and Commonwealth Office (FCO) advises travellers to carry valid photo ID with them at all times during their trip. You should also avoid drinking alcohol on the streets, and only drink at licensed restaurants and bars.

Drug-related offences can lead to severe punishments, while photos of officials and military buildings are strictly prohibited.

Same-sex relationships aren’t illegal in Egypt, but there are provisions that criminalise certain behaviours linked to homosexuality. Members of the LGBTQ+ community have experienced a hostile reception from the public and the government in Egypt. In 2017, several people were arrested after raising a rainbow flag at a rock concert.

Egypt is predominantly an Islamic country and tourists are expected to respect their local customs. This includes dressing modestly in public, particularly if you visit mosques or travel through rural areas. During Ramadan you should avoid eating and drinking in public during the daytime, and you try to dress modestly throughout your stay.

If you’re wondering if it is safe to travel to Egypt, for most holidaymakers the risks should be low, as there isn’t a very high crime rate according to FCO. Travellers should still be wary, particularly when travelling alone. It is also advised that you avoid travelling to North and South Sinai, as well as the area west of the Nile Valley and Nile Delta regions, and the Hala’ib Triangle.

There have been several terrorist attacks in North Sinai, where tourists are advised to avoid, but other parts of the country are also at risk. Ahead of your trip it is worth reading the Counter Terrorism Policing guide on how to stay safe abroad.

What to do in Egypt

The Pyramids of Giza are among the most popular and iconic tourist spots in the world, not just in Egypt. There are several tours to choose from if you want to be guided around the structures as well as the nearby Sphinx. There is a lot of history surrounding the pyramids, and they still hold many secrets. You are able to get a close up look at them, and you even have the option of going inside one to get an even closer view.

If you’re looking to visit another historical site, the Valley of the Kings is a popular spot with a lot of history. It is an ancient burial ground that held the bodies of many ancient Egyptian pharaohs, including Tutankhamun. There are more than 60 tombs.

The Egyptian Museum in Cairo has over 100,000 items in its collection, offering visitors insight into the country’s vast history since 1902. Some of its most well-known artefacts include the gold mask of Tutankhamun, as well as the bust of Akhenaten and a statue of Khafre. The Grand Egyptian Museum is also currently under construction in Giza and it is expected to be completed in 2020.

If you are looking to enjoy a more adrenaline-filled holiday, sandboarding might be a good activity for you to get involved with. It is a popular adventure for locals and travellers and the best sandboarding location can be found at the Great Sand Sea, which is a sand desert in the Sahara. Sandboarding is also already covered as one of the 150 sports and activities that we include for free in our standard policies.

Many travellers also choose to go on a cruise along The Nile, which is one of the most well-known rivers in the world and has one of the longest waterways. The Red Sea is another popular spot and its beachline has many resorts that offer a relaxing summer experience. The sea is also home to stunning marine life that you can see for yourself by going scuba diving or snorkelling. You should not scuba dive or snorkel unaccompanied, while the FCO says that safety standards of diving operators can vary considerably. 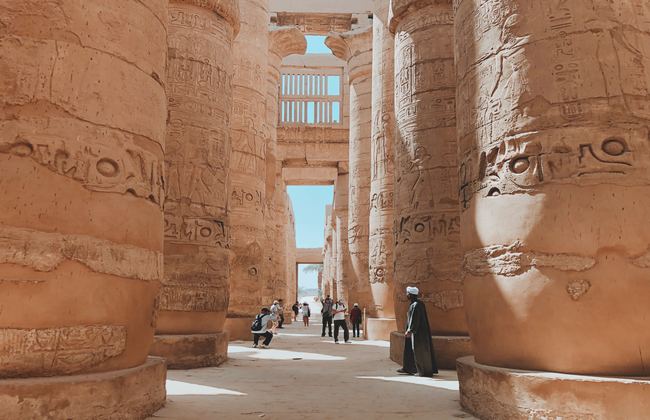 How to travel around Egypt

The FCO says that accidents are common on roads in Egypt because of poor road conditions and dangerous driving, and its advised that you should avoid roads outside the main cities when travelling at night. You can drive for up to six months in the country with an International Driving Permit.

If you want to travel long distances across the country, a train ride is your best option, as it could offer better comfort than other forms of transport. Buses and taxis might be better for shorter journeys, but the FCO advise that you should take extra care when travelling alone in taxis, microbuses and other transport.

Benefits of getting travel insurance for your Egypt holiday include: