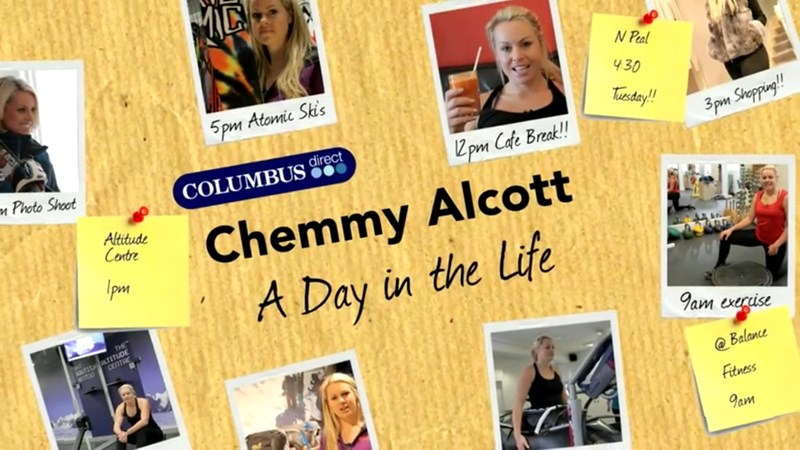 There’s no lying down as an Olympian, literally, even when you’re injured because you’ve broken your leg. Dancing on Ice star and Olympic veteran, Chemmy Alcott, spends about six hours a day in machines like the Anti-Gravity treadmill to accelerate her healing.

Once Chemmy puts on the airtight shorts and zips herself into AlterG's treadmill, it takes part of her body weight away from her, allowing her to walk on a broken leg, to lunge and squat.

Having been called a ‘control freak’ in the Evening Standard, it’s clear she is completely focused on being at her fourth Olympics.

“I like to maximise every minute of my day. If I’ve planned (my day) and have 20 minutes of idling, then I’ve failed.”

Even while getting some lunch after the gym, Chemmy finds time to do some active muscle recovery with Compex.

“It feels like I’ve got a fast twitch massage going on, it’s revitalising my muscles, it’s awakening them and flushing all the toxins out of them. But you can also do muscle building on this, and I use it a lot when I’m really injured… to keep my muscles big.”

Chemmy lives by her mantra – ‘never give up’. In her blog she gives a great example of this, when Steven Bradbury won Australia’s first ever Winter Olympics gold medal.

(There is a better quality video of the race on YouTube here, but the Australian commentary and Steven’s comments on the one above are gold).

12 of the Strangest Food Events Around the World - Pt 1 →