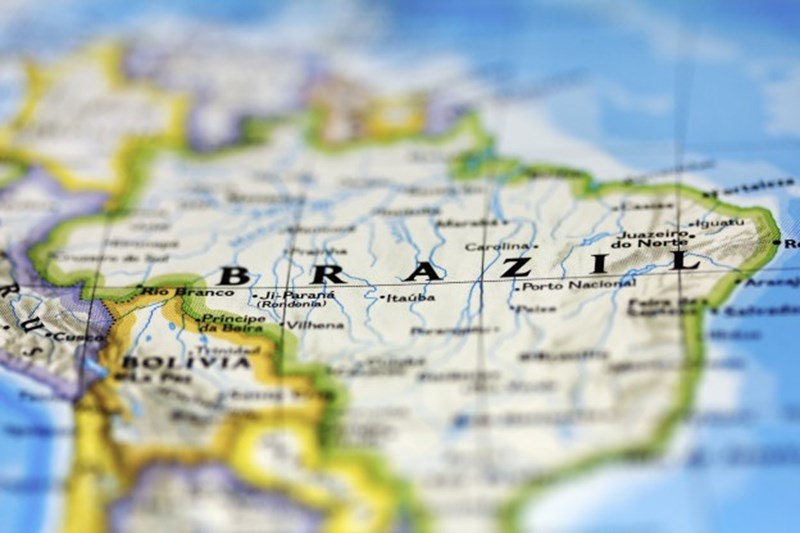 Brazil’s popularity as a holiday destination continues to grow rapidly, as the hosts of the 2014 World Cup and 2016 Rio Olympics, and record numbers of tourists have visited over the past 10 years.

From golden sands to stunning lagoons and mountain forests, even a casual walk out of the cities will engage and delight. For those who prefer an urban backdrop, the cities won't disappoint either. Colonial architecture, a vibrant carnival culture and open-air food markets brimming with local cuisine will ensure you're busy all day long. Tourists with adventure on their minds will relish a trip into the rainforests of the Amazon River Basin and to the monumental Iguaçu Falls, which is on the border between Argentina and Brazil.

Tourists should be aware of the possibility of violence in Brazil after a recent outbreak near Copacabana, which saw riot police clash with protesters in a nearby favela, resulting in the shooting death of one man and tourists hotels locking their doors.

Brazil has been asserting its public security credentials of late, announcing the deployment of around 170,000 additional security staff to police 12 host cities. The ABTA Travel Trends 2014 (pg.10) reported that 'levels of crime and violence are high, particularly in major cities. You should be particularly vigilant in large crowds around football stadiums'. To be safe there are simple actions that you can take depending on the locations and situations you find yourself in.

If you’re attending multiple games at the World Cup you’ll need to consider that Brazil is a very large country (24 times bigger than the UK) and with the games spread over many cities, travel between them covers large distances. A flight from Sao Paulo to Manaus in the Amazonas (where the England v Italy game is taking place) takes almost four hours, and if you’re planning to drive, don’t! It’ll take up to 60 hours on hazardous roads and Brazil has a high accident rate.

Driving in the cities can be hectic as roads are often clogged with heavy traffic, so you’ll want to leave early for your game. A good option is to grab a licenced taxi for city travel. For longer distances unfortunately tour buses have been the target of hijacking and robbery in recent years and there are frequent bus crashes, so flying is the best option and will save you time. 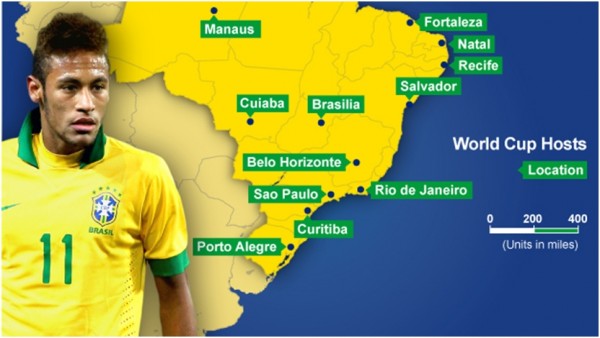 We spoke to Gabriella at locally operated True Brazil Travel about how tourists can best get around.

“With common sense and caution Brazil is safe for tourists, especially outside of the large cities.  In Rio de Janeiro, during the past few years have been great efforts to improve safety and promote tourism, especially with the coming of the 2014 World Cup and 2016 Summer Olympic Games.

During the World Cup, most of the cities where the games will take place are big cities. So, we recommend that tourists: don’t go out at night alone, don’t flash your valuables, use official taxis and avoid less desirable areas, unless on a special tour accompanied by a local guide.”

Whether in a restaurant, stadium or on the beach; keep an eye on your belongings as thieves are good at spotting tourists and know they’ll have valuables. You can keep your passport in a safe place and carry a photocopy around with you if you prefer, as many locals and officials who deal with tourists will accept this for ID, although you’ll need the original to exchange money at banks.

Being flashy is not a good idea, dress down, leave your valuables at home, keep your windows up and doors locked when driving, be vigilant when stopped. Worst case scenario, thieves are brazen and bold, so be prepared to hand over valuables if threatened as firearms and other weapons can often be involved.

When travelling, be aware of roadside robberies and quicknappings (short kidnappings) which occur most often outside banks and ATMs. Any ransom required for your release wouldn’t be covered by travel insurance but injuries sustained would be. If with friends, have them keep an eye out when using you’re using an ATM, or if alone, take some time to take in your surroundings and see who’s around. Tampered ATMs release a pink dye to make the money valueless, so if you withdraw money that has any pink stains on it, keep your receipt and head straight to the bank or police station if the bank is closed and make a police report.

One of the authority’s security tactics used over the last six years has been to send pacification units into favelas. Take this as a clear signal to leave them well alone. An exception for the brave or voyeuristic, and as favelas are hoping to attract tourist dollars, is that with the right guide you might want to go in and get under the skin of the cities. Watch out for protests, the recent Copacabana incident started as a protest, and definitely avoid them. No point putting yourself in harm’s way unnecessarily.

If you’re looking to place a bet on the games, if your instincts are good and you know the teams, you might want to bet while visiting Brazil. We got in touch with the Brazilian World Cup Betting Guide for World Cup betting advice, they told us that “betting in general always involves risk” and offer advice on betting while in Brazil.

“We would advise not to use local bookmakers to eliminate the risk of getting scammed. Stick to renowned operators which are regulated by a genuine gaming regulatory body (a license number and the name of the regulating commission should be indicated on the bookmaker’s website). Furthermore, avid bettors should refrain from using 3rd party devices (such as computers available at internet cafes) and connect only to trusted Wi-Fi hotspots.”

This Wi-Fi advice is applicable for accessing of any type of sensitive information online – don’t do it in public as criminals can skim the information. Even a trusted venue like the European Parliament recently had to turn off its public Wi-Fi due to a ‘man-in-the-middle’ attack where criminals had identified an opportunity to intercept information shared at the hot spot.

It’ll be winter time so take appropriate layers for warmth and to keep you covered from insects, although temperature wise, it shouldn’t go much below 10°C. England is playing in Manaus in the Amazonas at a time when humidity is high so mosquito repellent is a must to guard against dengue fever, as are vaccinations for yellow fever. As it’s the end of the rainy season which means an increase in flooding, and there have been cases of quicksand deaths on certain beaches, so see what other people seem to be doing safety and follow in their footsteps, literally.

For more information on staying safe while traveling, visit the Gov.UK site – Know Before You Go. Here you can find out what issues you might come across but hadn’t thought of, including piracy, traveling with mental or physical disabilities, traveling on a gap year, the common issue of driving abroad, and a handy travel checklist. You can receive tweets on consular assistance for British nationals overseas from the Foreign and Commonwealth Office on Twitter. Follow @FCOtravel for updates and to get a response to your questions whilst on the move.

← Top 5 Football Injuries and The Cost for Treatment in Brazil