Half of Children Have Met the "Real" Santa Claus

When asked how Santa Claus knows where they live: 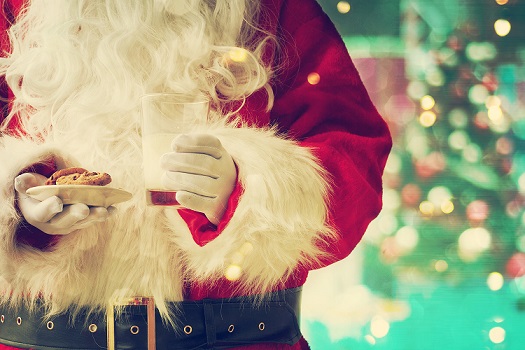 The research reveals that Father Christmas is increasingly teetotal, shying away from the traditional sherry tipple.

When asked what they leave out for Santa:

It seems children think Santa is a bachelor boy as, when asked who he lives with:

Despite Lapland (Finland) advertising itself as the home of Father Christmas, British children aren’t convinced. The research reveals that

Rob Thomas, Head of Brand at Columbus Direct said: “The magic of Christmas is alive and well in the UK, with millions of children dreaming of a visit from Santa this Christmas Eve. Given that Santa always manages to deliver his gifts without fail, he might not need travel insurance, but parents taking their children to visit Father Christmas in Greenland or Lapland this Christmas should get cover, especially if they travel with expensive gifts.

“Many people also travel overseas to visit friends and relatives during the festive season and travel insurance offers valuable protection in case baggage is mislaid or travel disruptions occur during one of the busiest travel times of the year. To specifically cater for those travelling with Christmas gifts, we have increased our overall winter cover limit for personal property by £500 between 15 December and 15 January.”

Other gems from the children interviewed when asked to describe Father Christmas include:

"I have only met fake Father Christmases."

“He is the smartest person in the world.”

“He goes to the Caribbean in the summer.”

"He doesn't know where anyone lives; he has a magical sleigh and just drops presents on houses."

"His spies go to the houses from the North Pole. They watch to see if you're good."

(1) A survey conducted by Columbus Direct of 100 primary school children aged between 5-11 years old. The research was conducted in October 2016.

← Barcelona on a budget

Priority Pass announce their Global Airport Lounge of the Year →