Hike around the World

Get your quote now
Home > Blog > Hike around the World 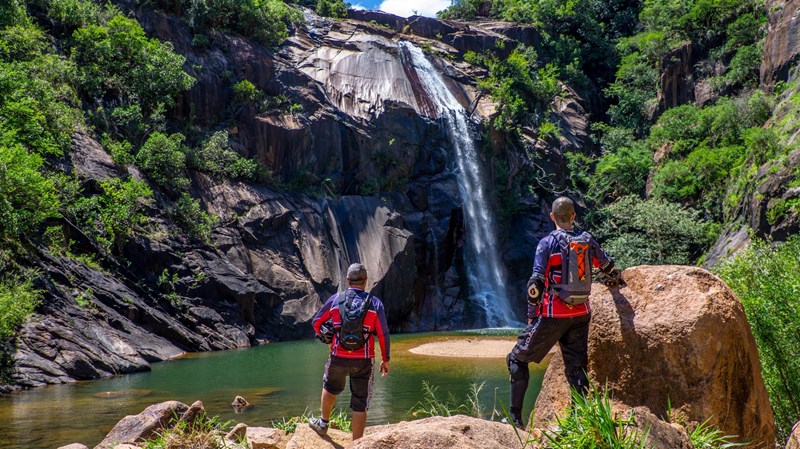 There are miles and miles of hiking trails to conquer around the globe, and while trekking along the long and winding paths can be tiring, the rewards in the form of some of the best views you could ever imagine make it all worthwhile.

But why a trekking holiday? Easy - you keep fit, which means you don’t experience the dread of the scales when you’re home, you’ll encounter wildlife and scenery you wouldn’t necessarily see while driving, and you have a chance to take a bit of ‘time out’. Being away from urbanisation can help to clear your mind and forget any stresses which you may have – and not forgetting that sense of achievement you get when you reach your goal!

To celebrate Take a Hike Day (Yes, that’s a real thing); we’ve scouted out a few of the best trails you can hike around the world.

Mount Kinabalu – Malaysia: The great thing is that pretty much any age group can make this hike if you’re in good enough condition. They pride themselves on having people as young as 3 and up to 89 years complete the hike. Situated within Kinabalu Park, there’s plenty of flora and fauna to be found after it was named one of the world’s most important biological sites when a botanical survey found 5000-6000 plant species.

It takes the average hiker two days to complete the trail (that’s up, and back down again), and there’s two trails to choose from - The Timpohon Trail (4km) or The Mesilau Trail (6.2km) to the junction, then The Summit Trail is 4.7km.

Annapurna Circuit – Nepal: Voted as the best long distance trek in the world thanks to its wide variety of climate zones. The trek is anti-clockwise to lessen the altitude gain and to make crossing the high-altitude Thorung La pass safer. You generally begin at Besisahar or Bhulbhule and conclude the trek in the Kali Gandaki Gorge.

This is a long trek, and tends to take around 15-20 days to complete, and is definitely one of the more challenging treks, although there are guest houses and lodges for accommodation and meals along the route.

Mount Kilamanjaro Summit – Tanzania: Okay, this one isn’t very original – but if you’re going trekking, why not give yourself a challenge and give Kilimanjaro a go? There are seven routes which you can choose from, each with its own selling point. Machame, Lemosho and other Northern circuit routes are proclaimed as the more scenic, with Rongai being the shortest and least scenic.

If you don’t fancy the long trek to the summit, there are a number of camps on the way up the trails which offer some fantastic views, and giving you the chance to enjoy some more relaxation time.

Blyde River Canyon – South Africa: One of the largest canyons on earth, it is known as one of the great wonders of nature on the continent, often described as the world’s greenest canyon. You can hike, bike or even take a horse along the trail, stopping off at private lodges and guesthouses as you go. There are three different trails you can follow, Bylderiverspoort (3-5 days), Hippo (18km) and Kadashi (2km) so there’s an option for everyone.

The pinnacle of the route is the “Three Rondavels” which are spirals of dolomite rock which rise out of the wall of the canyon. They get their name from the traditional round or oval African homesteads made with local materials named Rondavels.

Angels Landing – Utah: One of the worlds most renowned hikes, albeit relatively short. It is a 5-mile round trip which should take about 4-5 hours to complete, but it offers up some incredible views. You’ll see Zion Canyon’s 270 million-year-old rock layers grow from the canyon basin.

Coming to the end of the trail, chains are bolted in to the rock to help you conquer the steep end section named “Hogsback” and the sheer drop that it presents you with. If you’re not great with heights, it may be advisable to turn back once you hit this section(!)

Pacific Crest Trail – USA: This monster of a trail technically stretches 2,659 miles, which is a bit too much to walk all at once! Stretching from Mexico up to Canada, the trail is split in to (a lot) of mini-trails, some of which you can tackle on horseback. So wherever you may be on the west coast of America, you’ll be able to pick up some of the trail.

Ausangate Trek – Peru: Think of walking on some faraway planet you’d only ever see in sci-fi movies, and you’ll be pretty close to what you can expect from this trek. Colourful layers fill your view, which scrape the rich blue sky and blend and flow together like a Van Gogh painting.

Ausangate is a sacred mountain and the highest in the area at 6,384m, which explains the snow caps that tower over you. The melting snow caps form rivers which help the villages below, and these villages house you during your trek. There’s a number of ways you can complete it, but it’s advisable to get there a couple of days early to acclimatize before you start as it is one of the highest treks in Peru!

Kaieteur Falls Trek – Guyana: Considered one of the highest single drop waterfalls in the world (741ft) which is undoubtedly the main event of the trek, but you can’t forget the spectacular flora and fauna you pass on your way there – it makes the challenging terrain worth the while.

You can fly in to the international airport which serves the national park. It’s only about a 15 minute walk from the top of Kaieteur Falls, so bagging yourself a flight in and out if you’re not on a shoe string budget could save a lot of time and energy

Cinque Terre Coastal Trail – Italy: One of the most beautiful routes to hike in Europe, and something different to relaxing in coffee bars or enjoying the sun on the beach. But don’t take the route lightly, make sure you go prepared, so ditch those flip-flops and don the hiking boots to take on the tricky terrain.

You can either complete the trail with short breaks in about 6 hours, or do what nearly everyone does, and increase the breaks by taking a look and staying in towns for a day before continuing. That way, you can take a leisurely stroll around, and start each day refreshed.

Hot Spring Route – Iceland: Iceland’s most popular hiking trail, it covers around 55km of beautiful ever-changing scenery from Landmannalaugar to Thorsmork. Don’t let the weather catch you off guard, it may be bright but the wind chill is something to take into consideration. You’ll cross volcanic sand deserts, scale orange and green hills and pass by beautiful blue lakes.

There are plenty of huts which you can book in advance to stay the night and get out of the cold, most offering dormitory style sleeping arrangements that don’t provide bedding, so be sure to have a good quality sleeping bag with you to ensure a comfortable night. The hike itself can take 2-4 days, or up to 6 if you add on the Fimmvörðuháls trail

Great Ocean Walk – Victoria: The walking version of the famous ‘Great Ocean Road’, it begins at Apollo Bay and ends at the spectacular Twelve Apostles, which is incentive enough to finish the whole trek – although the route hugs the coastline for more than 100km! Although, strong winds and high tides can affect your route, so be mindful that your plans could change on the day due to weather conditions.

There’s also a handy app which you can download on your smartphone which gives you a visual summary of the walk and provides handy audio information that you wouldn’t have if you’ve chosen to travel independently. 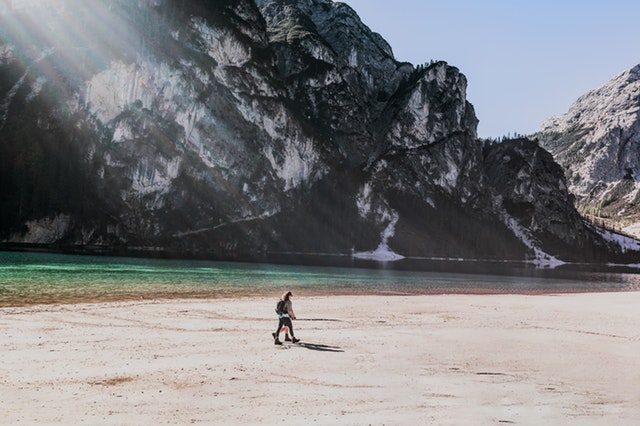