How to beat the ten most popular travel scams 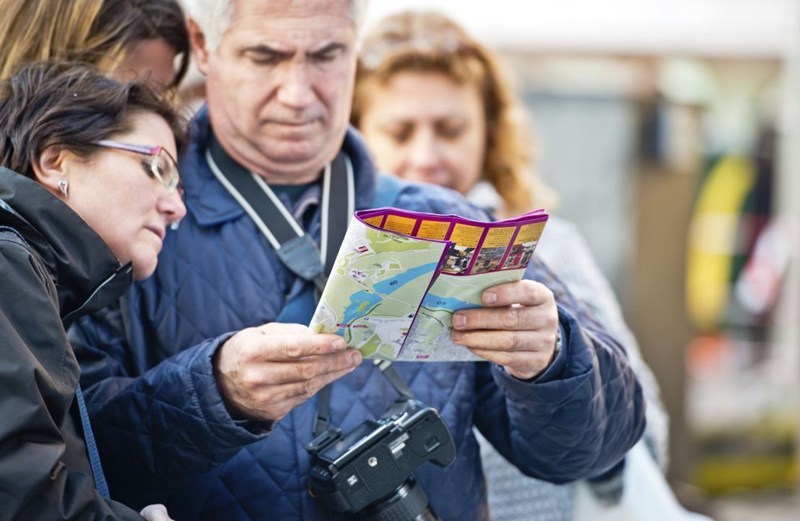 Many of us have been scammed on holiday; sadly, it comes with the territory. Tourists are always easy to prey upon as they're in an unfamiliar country and may not be as confident as they would be back home, and thieves and con artists know this.

However, there are ways you can outwit them. Familiarise yourself with this list, and remember - if in doubt, stay calm, and don't do anything on a whim.

In the middle of the night, the front desk call - their computer system has just crashed and they need your credit card details again. In a drowsy state, you hand them over, but in reality it's a con artist on a mobile who will then clear out your account.

How to stop them: Never, ever give your card details out over the phone, and if the hotel does call you requesting payment, say you'll head down to reception and speak to the manager.

You find out you're covered in bird muck - pesky things! - but what's this? A helpful stranger with a pack of tissues and some water? They'll clean you up - and out. By the time they've left you, your wallet and mobile will probably have gone with them, too, as while they've been mopping up the stain their hands have been in your pockets.

How to stop them: Say firmly and clearly 'I'll sort this out myself, thanks.' Don't let anyone you don't know or trust closer than you'd like, especially someone who seems overly helpful.

People dressed as the police will approach you and ask to check your passport or visa. When they do, there's something dodgy about it which they can fix, for a fee, payable on the spot.

How to stop them: Ask to see their ID. Failing that, ask to be taken to the police station. If you're in a car, close the windows, lock the doors, and pretend to make a call; say the word 'police' loudly. You'll soon see if they're legitimate or not.

A cashier or street vendor will count out your change painfully slowly; in the end you'll lose patience and leave with what they've given you so far, but you've not taken everything you're owed.

How to stop them: It's simple - just wait it out. They'll soon see you're not going anywhere and you'll get your change in full.

Just as you're about to pass through the metal detector, someone will push in, saying they're late for their flight. They've got some metal on them the detector picks up, but the security guards can't find it. When you finally make it through, they've gone, and so have your valuables.

How to stop them: Put your wallet, phone or laptop on the conveyor belt at the last minute.

Gentlemen - watch out for ladies who seem to take a shine to you and want nothing more than a quiet drink in a local bar. She'll laugh at your jokes, she'll drink you under the table, and you may even get a stray hand on your knee. Here's the catch - when you come to leave, you'll be presented a massive bill that can only be settled with cash. Don't have it on you? No worries; the bouncers will frogmarch you to the nearest ATM.

How to stop them: If you're approached, say firmly that you're waiting for your wife. Then walk away.

This is especially common in India, South America and south east Asia. Gangs of panhandlers prey on travellers' generosity; beggars fake injuries to get greater donations. In 2008, Pakistani police arrested a gang who had been injuring children on purpose in order to make more money - one eight-year-old boy said that his arm had been broken by gang members in order to make him appear more vulnerable.

How to stop them: You can't stop this, but you can make sure the beggars are better provided for by giving them food, not money, which might end up with gang leaders.

A passing stranger will stop you, point to the floor, and lo and behold, there's a gold ring. They tell you that you've dropped it; if you decide to agree, they'll then ask for a finder's fee for the piece of 'precious' jewellery. By the time you've paid, they're off, and you've paid through the nose for a brass ring.

How to stop them: Simple. If someone stops you and tells you you've dropped some jewellery, and it's definitely not yours, walk away.

The taxi driver you've hired works on commission, so he tells you the hotel you want to go to is closed; he wants to take you to his friend's hotel so he gets a healthy chunk of commission.

How to stop them: Say "Take me to my chosen hotel anyway or I'll hire another taxi."

A friendly woman will push a piece of rosemary into your hand, and will begin to tell your fortune. Once she has your hand, she'll begin her spiel, and if you try to move away, she'll complain in a loud voice that you haven't paid her, hoping to embarrass you into parting with some cash.

How to stop them: Walk swiftly in the opposite direction. And don't extend your hand!

Holidaymakers urged to watch out for fraud scams this summer

Female travellers travelling alone - here's how to make your trip safe and memorable.

How your vote influences where you go on holiday →