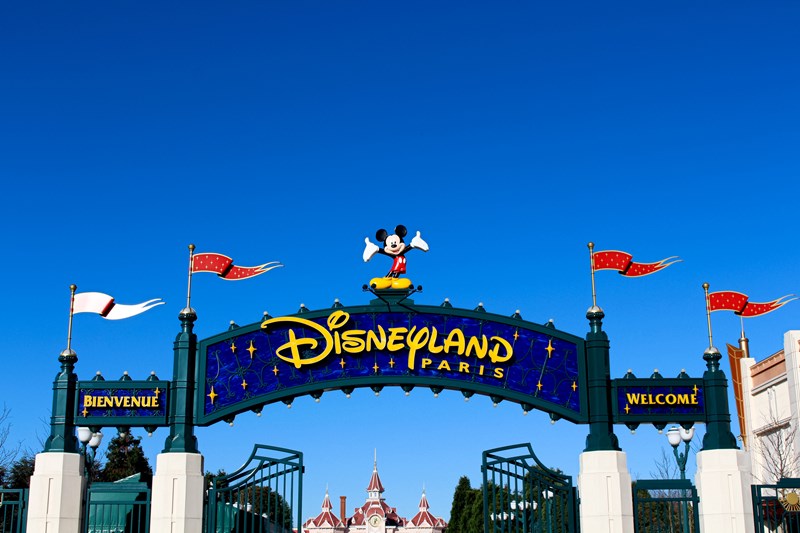 For most children (and some adults!), the dream of visiting Disneyland® is something that most parents will have accepted as an inevitability, and spend many a month saving and preparing to deliver the most ‘magical’ holiday experience for their kids. The French resort turns 26 today (12th April 2018), so we’re looking back over its history and uncover its secrets…

Back in 1984, when the heads of Disney’s theme park division presented a list of 1,200 possible locations for a European Disneyland®, a lot of work was to be done on finding the perfect location to make a family visit substantially closer for European families to plan their holidays, whilst making it more financially viable.

The shortlist was drawn down to four locations, each with their own considerations. Two of those locations were on the Mediterranean side of Spain to mimic the warm climates already on offer in the American parks, (one site now houses the Port Aventura theme park) and two locations in France.

Finally, Marne-la-Vallée was chosen due to the close location to Paris, and it’s centrality in Western Europe which could attract 68 million people within a 4-hour drive, and 300 million people within a 2-hour flight. Now, of course, Eurostar offer direct services to Disneyland® Paris from Kings Cross St. Pancras station during half-term and school holidays, and services via Lille during term time. A lot of thought went in to the planning and architecture of the park, with Walt Disney at the forefront of the designer’s minds. Wanting to create a memory of Disney’s upbringing and life, it was decided that Main Street should be themed around the Missouri town of Marceline, where he spent part of his childhood growing up. Main Street also features a real barber shop in homage to his father’s occupation, and “Lilly’s Boutique” which was his mother’s name. You can find images of a young Walt, and his mother inside the shop.

It wasn’t all plain sailing for Disneyland® Paris; the early years saw visitor numbers dwindling as families were reluctant to visit due to the European recession – that was until the launch of Space Mountain in 1995, where Elton John performed as part of his European tour in front of 40,000 guests, including Buzz Aldrin and Claudia Schiffer. Such is the success of the park after its slow start; they welcomed their 250 millionth guest back in November 2011 – a third of the population of Europe!

Disneyland® Paris is home to some unique attractions, and some fascinating secrets which leave families having an even more magical experience whilst on their holidays. The resort is the only of the Disney parks where Space Mountain goes upside down - it’s also the fastest of all the rides in the collection. If you visit Harrington’s Fine China & Porcelains Shop, you’ll find that due to the acoustics of the building, you can hear whispers from the other side of the shop (on a quiet day, of course!). The Sleeping Beauty Castle is painted pink, whereas the castle in Orlando is painted grey. This is due to the grey skies which frequent the French park, the pink helps to brighten pictures against the dreary backdrop, whereas the skies are generally blue in Florida, so the grey of the castle helps to make it a focal point. The castle in Paris is the only one which is inhabited by a dragon! It’s the largest animatronic figure in the park.

You want to make your visit to Disneyland® Paris one to remember, and visiting with your family will create those fantastic memories for you all. It’s vital for those memories to be ones of joy and happiness, so be sure to buy your family travel insurance when you book your trip, this will mean you’re covered from that moment, just in case of any mishaps which may spoil your trip before it has even began. We only offer the best cover for your family, and we know that the pennies count, that’s why we offer kids go FREE on all annual multi-trip policies! This cover will also protect you for breaks within the UK, as long as you spend 2-or-more nights in pre-booked accommodation - perfect for a bank holiday break!

We know that it’s not just families that visit Disneyland® Paris, groups and grown-ups will have just as much fun combining a city break to the French capital, with a day out at the park. Many rides aren’t for the faint hearted; you could come face-to-face with Darth Vader or for a longer break, you can choose from one of the seven on-site hotels - including the Disney Sequoia Lodge which is inspired by America’s National Parks. Just be sure that your group have purchased sufficient travel insurance, so that you can hop, skip and jump down Main Street with an extra spring in your step ← In celebration of the only home we’ve got

Airlines and Airports to avoid if you don't want a delay →