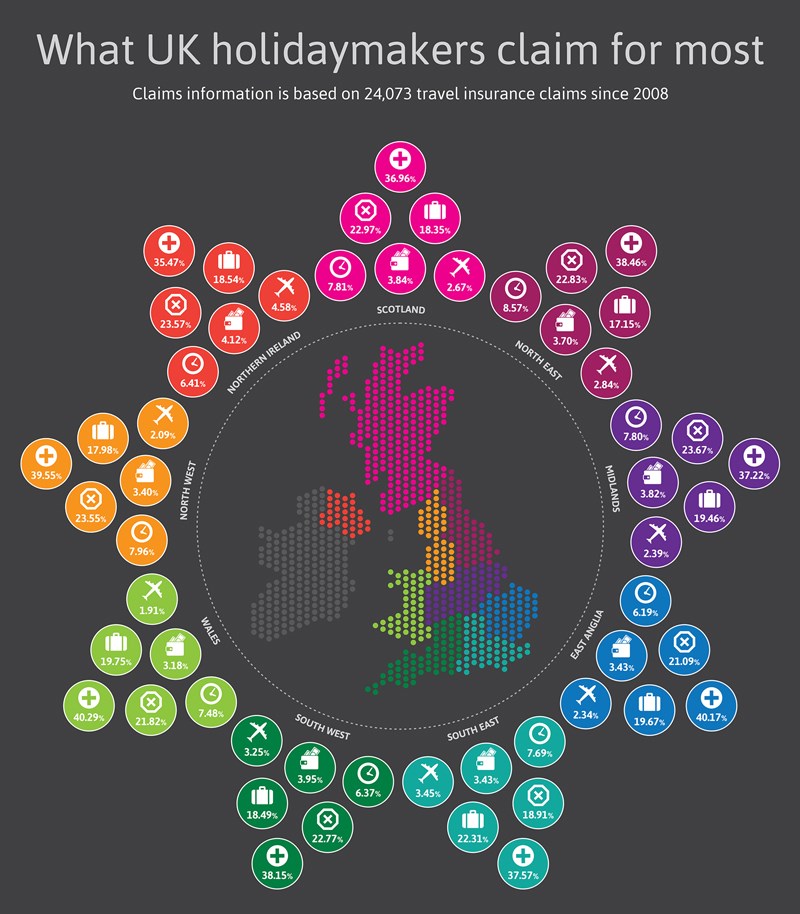 We've been busy conducting some research into what people in different parts of the UK are most likely to claim for - and Londoners and the Welsh are topping the list for lost bags and medical claims.

People living in South West London are the most likely to claim for baggage which has been lost, stolen or damaged, with over a quarter (26%) of their claims made for this reason. Similarly, 25% of people living in the City of London who make claims will do so for lost baggage.

Welsh holidaymakers claimed the most on their medical insurance, with 40% of their claims made after falling ill or getting injured overseas.

The Welsh are not the only people to suffer mishaps during a holiday; our research found that those in the South West and Northern Ireland made the most claims for lost or stolen holiday cash, with each region accounting for 1 in every 25 Personal Money claims.

But for some, the problems can start before they even reach their destination. Claims for cancelled holidays were highest in The Midlands, making up nearly a quarter (24%) of all cancellation claims received by Columbus.

People in the North East would appear to be the worst affected by disruptions to their journey, as they had the highest volume of claims for travel delay nationally, at almost 1 in 10.

On the plus side, the figures also showed that those in Scotland and Northern Ireland were the least likely to claim on their medical insurance, whereas the East Anglians and the Welsh are the most careful with their wallets, claiming the least for lost or stolen cash (add percentage here). 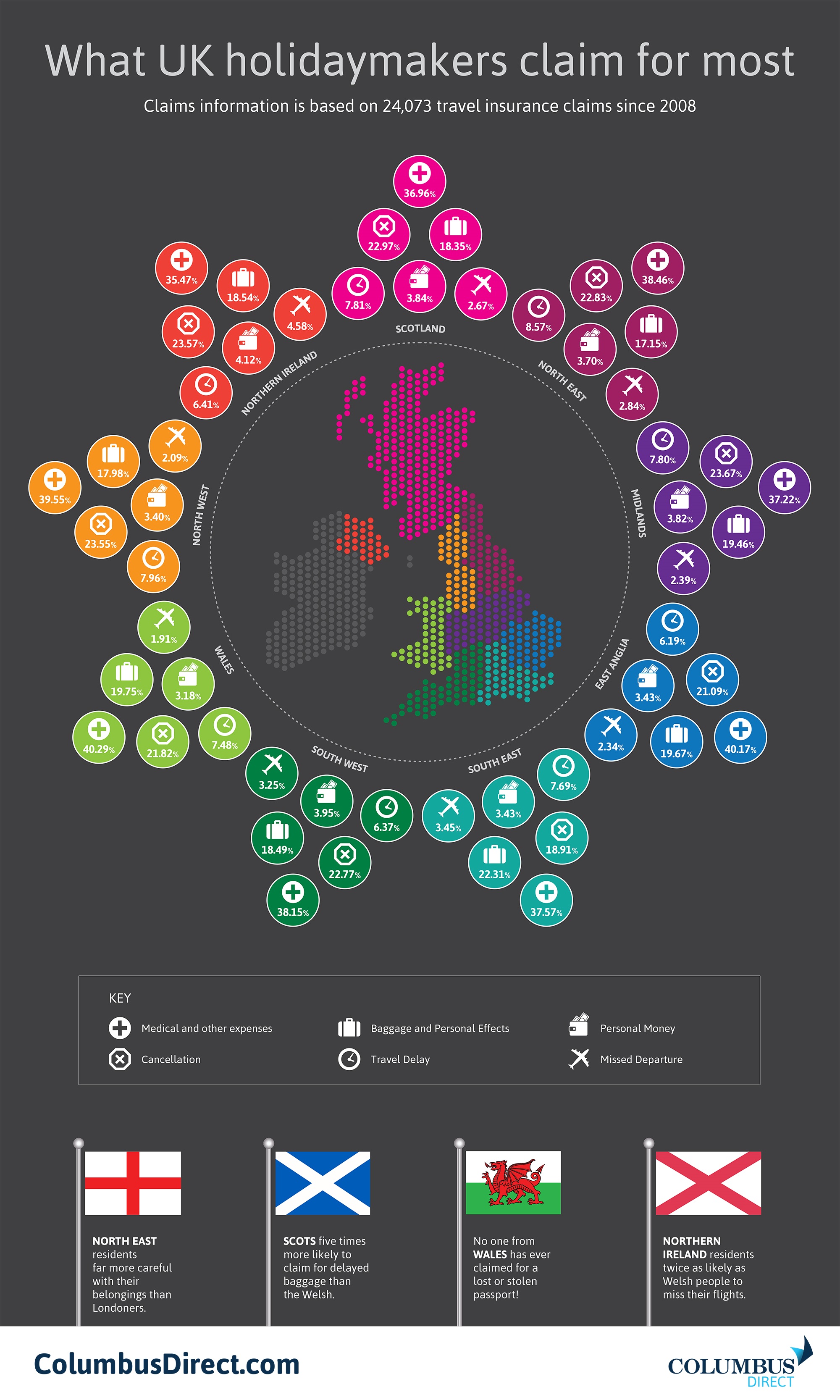 Tunisia attacks: What you need to know, and what your insurance covers →