Popular festivals in Thailand you need to see!

Get your quote now
Home > Blog > Popular festivals in Thailand you need to see! 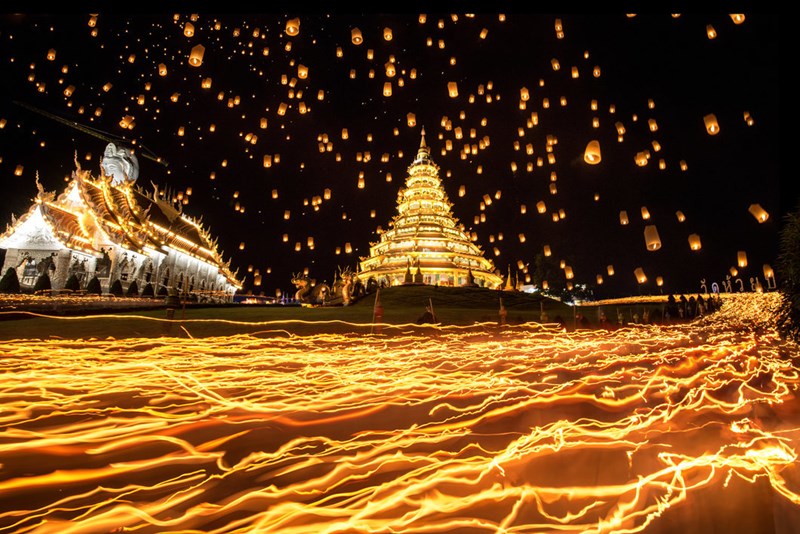 Thailand is a popular holiday destination for UK residents, with an estimated 987,000 visiting the country in 2018, making it the top European nationality to visit Thailand during the 12 month period. But what exactly draws holidaymakers to the Southeast Asian country? Sure, the beaches are pretty amazing (some of the best in fact), the forested mountains provide the perfect environment for trekking, and the smaller towns and villages will feed your wanderlust.

Not only does Thailand have these amazing reasons to visit, but if you’re lucky enough to be visiting during one of the many festivals held throughout the year, you’re not going to be disappointed – just make sure you save up some energy, as the locals put maximum effort in to pretty much everything!

So if you’re planning on booking Thailand as your next holiday, or you’ve already booked up and want to see if you’re in the country during any festivals, read on!

Loi Krathong usually falls in November and is roughly translated in to “to float a basket”, which kind of gives away how this festival is celebrated. Up and down the country, Thai families create and decorate baskets (krathongs) to float on the rivers and lakes on the night of the full moon of the 12th month in the Thai Lunar Calendar.

The baskets are filled with a small portion of a Traditional Thai meal or a dessert, and then launched into the water whilst making a wish. The sizes of the krathongs vary depending on whether they were made by a family, or by a business or other organisation which isn’t uncommon.

The festival lasts for three days in the Northern city of Chiang Mai, so you’ll get more than one chance to see these beautiful baskets take float. 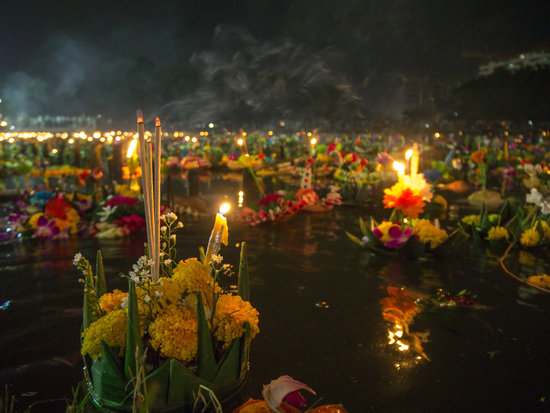 Loi Krathang coincides with the Northern Thai festival of Yi Peng, which is why the Loi Krathong festival lasts longer there than anywhere else in Thailand. Yi Peng is on the full moon day in the second month of the Lanna lunar calendar (12th month of the Thai Lunar Calendar).

In Yi Peng, sky lanterns (khoi lom) are created and then released into the air, which caused some issues at Chiang Mai airport in 2017, with 78 flights being cancelled due to the sky lanterns in the vicinity. So be sure to keep this in mind if you’re planning on flying in or out of the city during the festival. 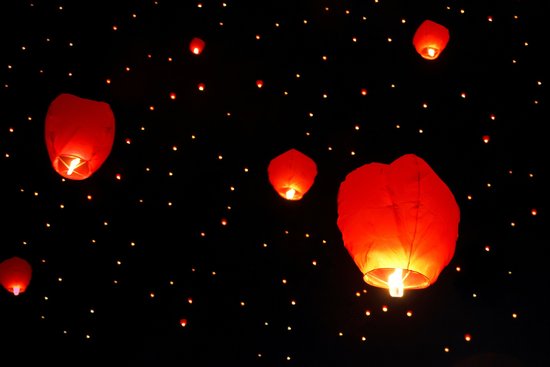 Songkran Festival is also known as Thai New Year! The name means astrological passage which equates to a transformation or a change. Some traditions of the Songkran Festival include merit making, visiting local temples and offering food to the monks. You may also see some people pouring water over Buddha statues, or the young and elderly – don’t worry, this is another tradition which is for purification, and believed to wash away the sins and bad luck.

In 2019, the Thai New Year is due to start on 14th April at 15:14:24 local time, and will end two days later on 16th April at 19:22:00. The Songkran Festival is a national holiday, so don’t expect too much to be open in terms of bars and restaurants for a quiet meal or drink, instead, put all your efforts in to celebrating with the locals – Thailand is also known as “The Land of Smiles” due to the beaming faces of the residents, so channel your inner-Thai and enjoy the festivities!

During the festival, you may notice that some of the main roads are closed to traffic – these then turn in to makeshift arena’s, and play host to the water festival! Grab your super soaker, and enjoy a bit of harmless fun with a light-hearted water fight in the street! 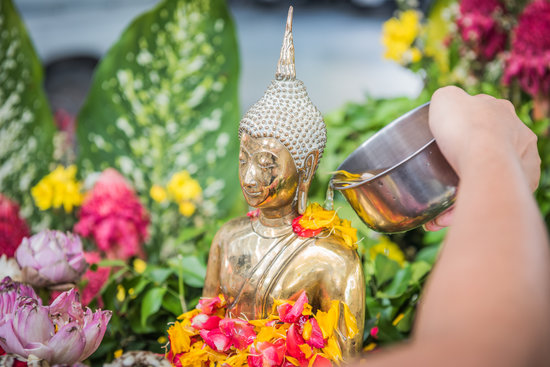 The Wonderfruit Festival isn’t necessarily a historic event like the above two, but it’s important for the Thai culture nonetheless. Usually celebrated in December, the 4-day Arts, Music and Lifestyle festival which encourages environmental sustainability and creating a meaningful positive impact – which doesn’t sound too dissimilar to the famous Glastonbury Festival held in Somerset, UK.

The festival offers camping throughout the duration, cashless wristbands to minimise any threat of crime, food and drink vendors, drinking water refill stations plus a shuttle service if you’re not staying at the festival and require transport to and from Pattaya!

Since its introduction in 2014, the Wonderfruit Festival has attracted some pretty big names. Roots Manuva, Rudimental, De La Soul and José González have all played at the festival at some point. But this festival is not all about music, it’s also about arts and lifestyle.

Communal meals are served in what they call the “Theatre of Feasts”, where you can sample the flavours of Thailand, all sourced by the Thailand Young Farmers organization. Different menus are available throughout the festival, and must be pre-booked to avoid disappointment. And by the looks of things, you’re sure to be in for a treat! 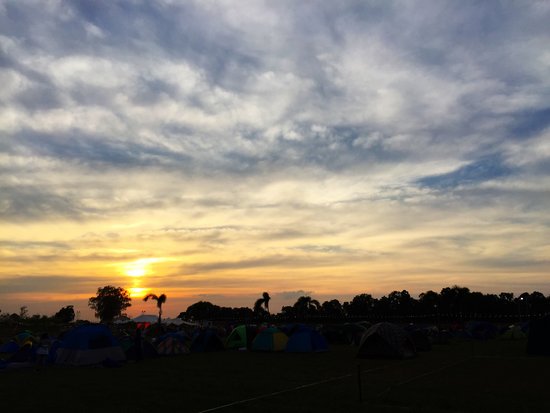