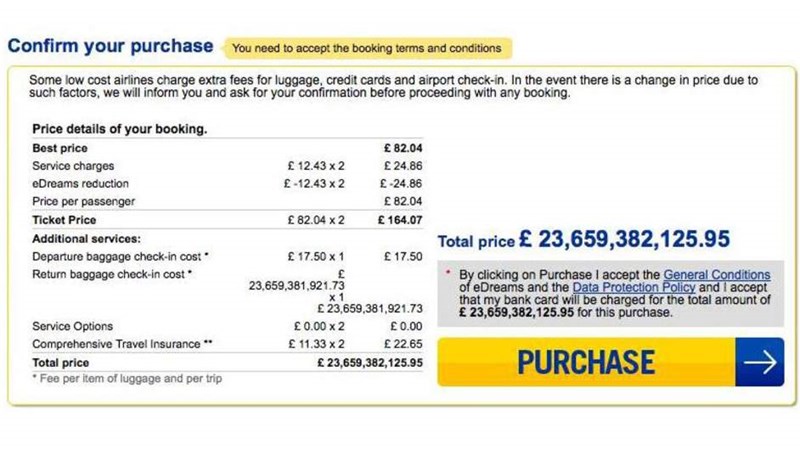 When Marion Sessions went online to book return flights for herself and her husband to Faro, she probably thought she'd be able to bag a bargain.

Posting a screengrab of the 'deal' on Facebook, the Derbyshire resident joked about the rather expensive flights.

"Don't think our current account would have run to it this month," she said, as reported on the Sky News website.

Ms Sessions has written a blog about her experience, which she claims left her 'shaken'.

She tried to call up eDreams, but found the office was closed. However, she did receive an email a few hours later, saying: 'Don’t miss out on your dream flight deal to Faro!'

eDreams has yet to contact Sky News or Ms Sessions with an explanation.

← The ten strangest items ever seized at customs