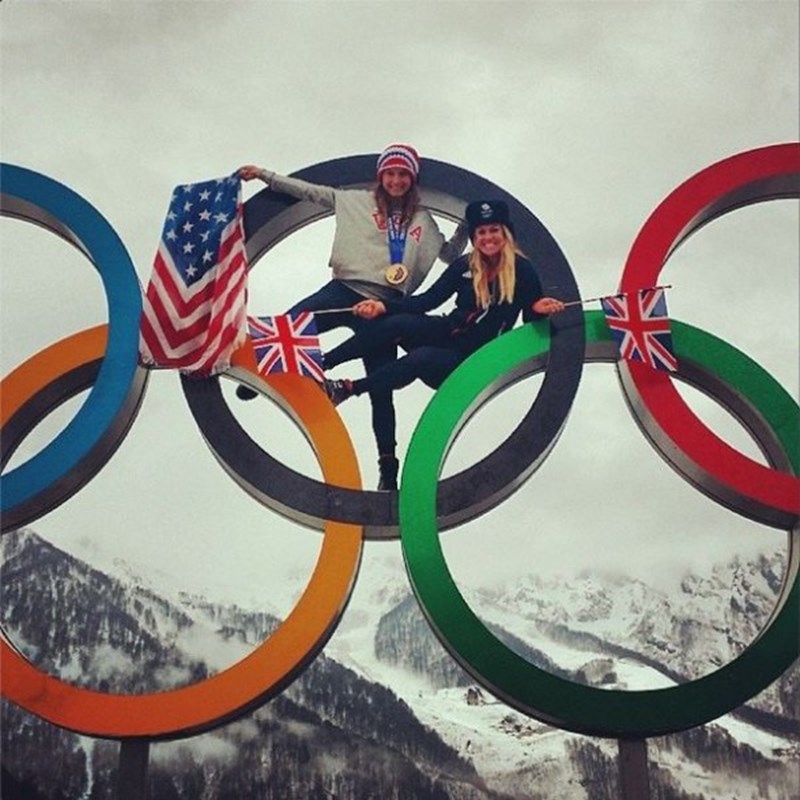 Sochi 2014, the purpose built Olympic extravaganza, was full of glory and grief. Alpine skiing was one of the Olympic sports that kept us edging forward on our couches with every ice-scratching turn; we were grabbing our chest when the freestylers missed a landing, and pressing eyebrows together while learning just how well Team GB were playing in the curling (2.6 million of us watched the men’s curling final). Our elation at watching Team GB match their best ever medal tally in Chamonix in 1924 was a gradual incline compared to the euphoria, anxiety and distress rollercoaster that the athletes went through.

Our favourite alpine racer Chemmy Alcott told of her elation of a top 20 finish in the downhill, “to finish less than two [seconds] out in an Olympic downhill – I’m swelling with pride.”  She spoke of emotions quickly usurped by her run in the super-g, “The other day I had tears of happiness and now I’ve got tears of frustration. It’s amazing how quickly your expectations run away with you.”

You could see the frustration over many faces; as they came in fourth, as they fell over or got knocked out. You felt the joy through panting smiles when medals were won. Team GB had it’s shares of ups and downs.

Jenny Jones gave us a great start, not only winning a bronze while being the oldest slopestyle snowboarder competing, but by winning the first medal on snow (rather than ice) in 90 years of Britain at the Winter Olympics. Jenny had to muster all her patience while waiting to find out the result, “All that waiting. I was only the second person to drop and there were so many more girls to come… When the last girl went and I realised she had messed the rail a bit, it was just like ‘Oh my goodness. I am on the podium’.” It wasn't all English sensibilities, when it was confirmed to Jenny that she had bronze, she collapsed in hysterics. It went something like this…

There was recognition for Jenny from former Olympic stars, recent and a long time ago… 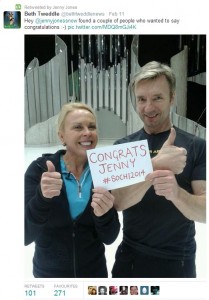 Fuzzy feelings continued to thrive in adversity when James Wood, one of Chemmy’s picks as well as Jenny, competed even though he had an injured hip. He said “On any other occasion I would not be near my skis and boots… Fifth in the Olympics, with four of my best mates in front of me, it is great.” He shared Team GB’s Instagram pic of his switch-double-cork-1080-octo-grab on his page and the comments were full of admiration. “My kids were glued.” “Thank you for bringing it!” Inspiring a generation is not lost on the UK public as tricks and jumps can be practiced on dry slopes and in indoor ski centres. 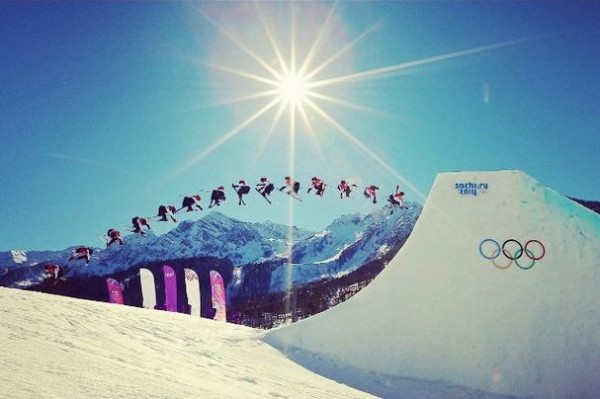 Lizzy Yarnold brought a gold tear to our eye as we saw her slide into the winning position in the skeleton on Valentine’s Day. Plenty of careful planning is involved, as she explains on her blog.

“I packed about 6 speed suits into my track bag, my crash helmet, spare visors, scissors, tape, screwdrivers, food, water, spare clothes, chewing gum, tissues, hair bands, 2 skipping ropes, earphones, backup earphones, 2 phones, and an iPod. Whatever I could control – it was under control!”

And when all the hard work pays off, you can imagine how it feels… 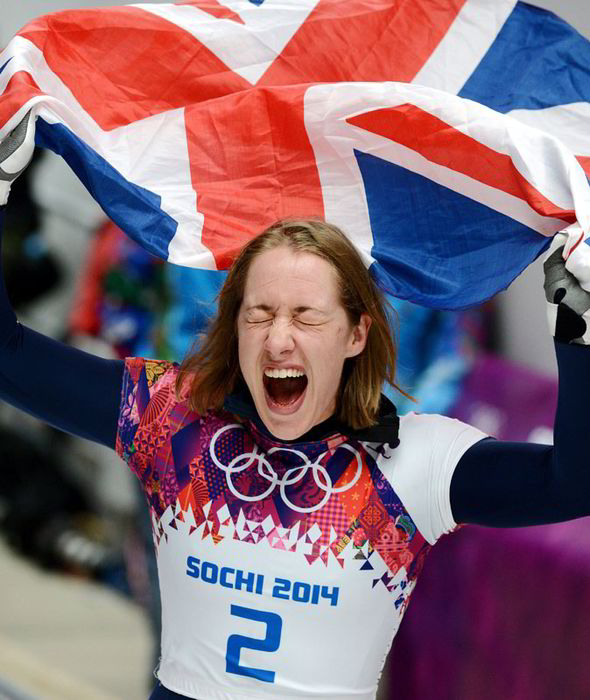 As Team GB fans, we were inspired. In fact, many fans thought they might also lie on a tray, which she has shared on her Twitter page. 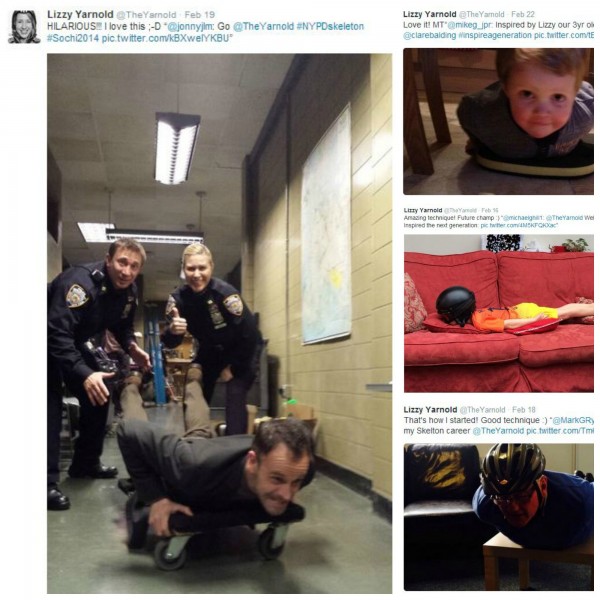 We may have been hoping for a sweep of medals from Elise Christie but it couldn't have gone more wrong. In a tidal wave of bad luck she was pushed, penalised and heckled out of three events. Her spirit to win was always on show regardless, seen in every sprint around her competitors, with each of her comebacks, after online abuse and a crash. She said, "One of things about the way I race is that I can't hold back, and had I just sat in third maybe I'd have a medal right now. But unfortunately my instincts don't allow me to do that and I just try to win the race."

You can’t hold back a fighting spirit and not one to hide, we saw Elise at the closing ceremony. Team GB shared a photo where the fans tell it like it is, “You did us proud”, “A real inspiration to so many children and adults alike.” 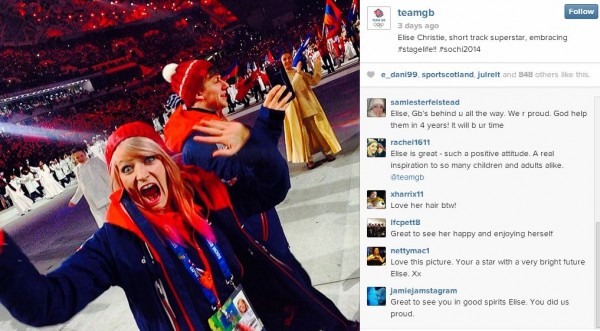 And last but certainly not least, there was the curling (a.k.a. chess on ice invented in medieval Scotland), a silver to the men and a bronze to the women to bring up the Team GB medal tally to match our best ever. 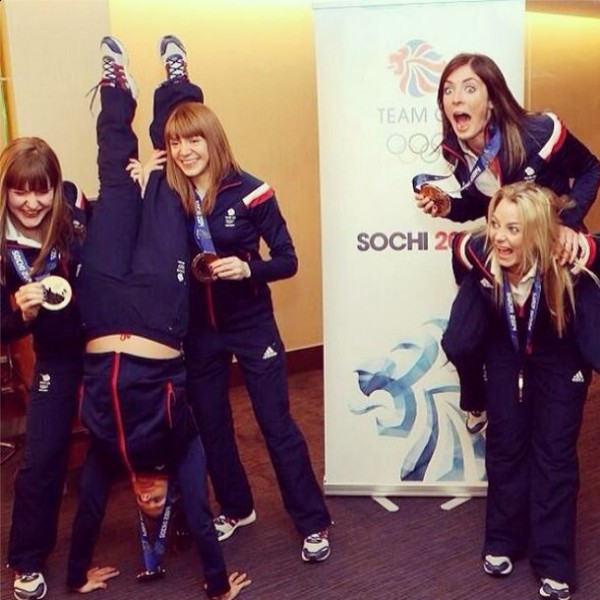 The women’s team captain, Eve Muirhead’s photo, and men’s team captain, David Murdoch's tweet, give curling the exclamation it deserves. Again, the fans relate how we feel as a nation, as seen in Smiley Jim's comment, the “whole nation is chuffed”. 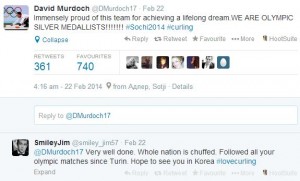 In the meantime we’ll be watching more Alpine skiing with Chemmy. She will be competing this weekend in Crans Montana and the following weekend in Are, Sweden before heading to Andorra for the Europa Cup Finals and Meribel for the British National Alpine Championships in the first week of April.

It might have been her last Olympics but giving up the sport you love cold turkey - well it just isn't British.

Festive treats from around the world →