The Arctic V's training in Austria

Earlier on this year, The Arctic V headed to Austria to get their training up to speed. Here's what they got up to...

Location and where they were staying: The gang were staying in a chalet which has sponsored them called The Apsley.

What was the point of the trip? This trip was all about cross-country team training, long days out on the snow and working as a team to improve. The group completed a 50km test to see roughly how long it would take, and how each member of the team would handle it.

How many members of The Arctic V were there? There was a full team line up, plus Olympic medallists Matthew Pinsent and Kelly Sotherton .

What training was completed in order to get ready for the ACR? The training involved long days with loads of skiing. The athletes managed to find the time to enjoy a bit of downhill skiing, because that's what they all love to do and what got them into The Arctic Circle Race in the first place. There were plenty of 6-7 hour sessions out on the cross-country skis to get used to the long days they would face in the Arctic.

What were the highs and lows of the trip? Max says: "I think we all realised that doing 50km is extremely hard. It certainly wasn't disagreeable, as we did it on a beautiful day, but it was extremely tough. I'm glad we did it though, and now we have a rough idea of what to expect." 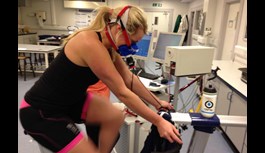 Sorry, we've got to ask - exactly where does Chemmy Alcott get her energy from? After completing her fitness test at Kingston University, the natio... 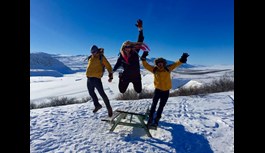 How can you train like a pro with The Arctic V? Here's your answer - any time that you like. The gang have compiled a set of videos to help you ac... 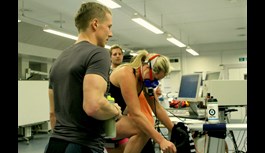 Fitness testing with The Arctic V and Chemmy Alcot...

On a cold, rainy evening in November, we headed to Kingston University's Sport, Nutrition and Exercise Sciences Department to meet up with... 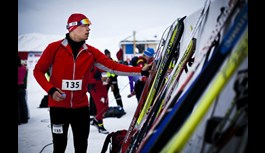 What does the challenge involve?

The three-day event is not for the faint-hearted; competitors can burn thousands of calories per day, and at night they sleep in tents in the snow i... 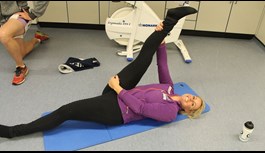 Sorry, we've got to ask - exactly where does Chemmy Alcott get her energy from? After completing her fitness test at Kingston University, the nation's... 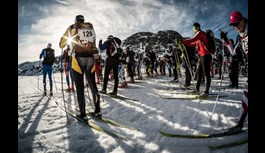 Support The Arctic V and follow their journey to G...

We're delighted to announce that we're supporting Chemmy Alcott and The Arctic V as they train and prepare to tackle the Arctic Circle Race. In March...

To get the best experience from this website, please upgrade your browser