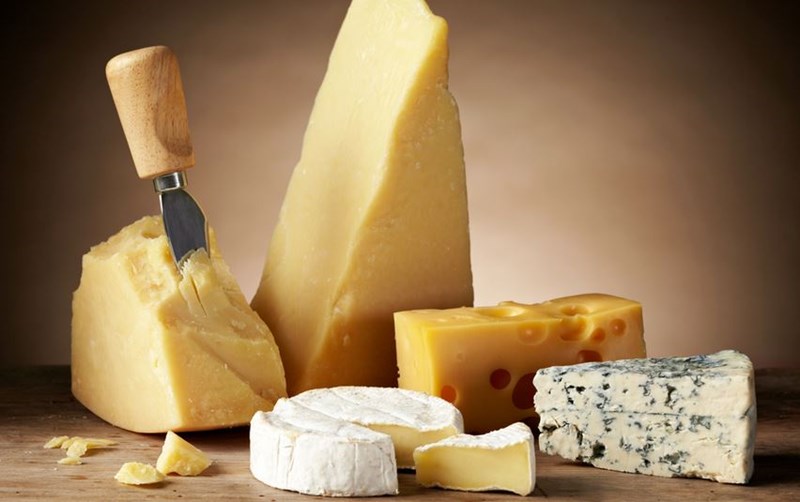 Ever dreamed of combining your love of cheese and travel?

Of course you have. We all have.

Happily, your fromage fantasy can now become a reality. Plenty of the world's most luscious cheeses are manufactured in gorgeous locations, so you can now enjoy sightseeing with cheese-eating, which is fairly handy.

Ever tried Papillon Roquefort? It's a smooth, strong cheese that's otherwise known as 'Le fromage des rois et des papes' or 'the cheese of Kings and Popes'. This royally-scrumptious cheese is matured in caves which are open to the public, so you can 'gather round to see the metamorphosis of fermented milk seeded with Penicillium Roqueforti' (the website's words, not ours). Guided tours are free and we recommend that you buy some cheese after it finishes. It spreads on crackers like nothing else.

Head to the island of Pag in the Adriatic to taste Paški Sir, a Croatian cheese that's delightfully tangy, salty, and well-rounded. It's made by Siran Gligora, who has won three Superior Taste Awards from the International Taste and Quality Institute. If you've got some sturdy shoes, you can enjoy a walking tour of the facility of where the cheese is made, and afterwards you can taste the cheese. Of course, local wine will be provided, and you may even be able to sample a slice or two of ham.

One of the best cheese markets in the world can be found in Alkmaar in The Netherlands. It's a traditional, family-friendly affair, full of colour, noise and, er, cheese. The day begins in an unusual way; a ritual called 'handjeklap' takes place, where, with a flurry of hand claps and exclamations, deals are settled. The market winds down at midday, but there's still plenty to do. If you're not feeling too cheesed off, head to Alkmaar Cheese Museum, which is located near the cheese market. Don't worry, tastings are available.

New Zealand's known for its rugged landscapes and being the setting for those unbearable Lord of the Rings films, but did you know its reputation for producing award-winning cheeses? Whitestone Windsor Blue Cheese is a newcomer to the cheese arena, but it's already making waves. The Oamaru-based Whitestone Cheese Company ripen cheese on site to provide a true artisan cheese experience. Visitors can see the cheese being made in the vat, and take in their blue 'maturation room'.

The Wensleydale Creamery may sound like a setting from The Archers, but it's a very real place - and you can find it in the Yorkshire Dales. The preferred foodstuff of bumbling cheese-lovers Wallace and Gromit, Wensleydale is crumbly, moist, and especially good when combined with cranberries. Visitors to the Creamery can watch the cheese makers in action from the viewing gallery, and there's also a cheese museum, where you can find out how cheese-making has evolved over the centuries. Hungry? The coffee shop has a selection of cheese-based dishes.