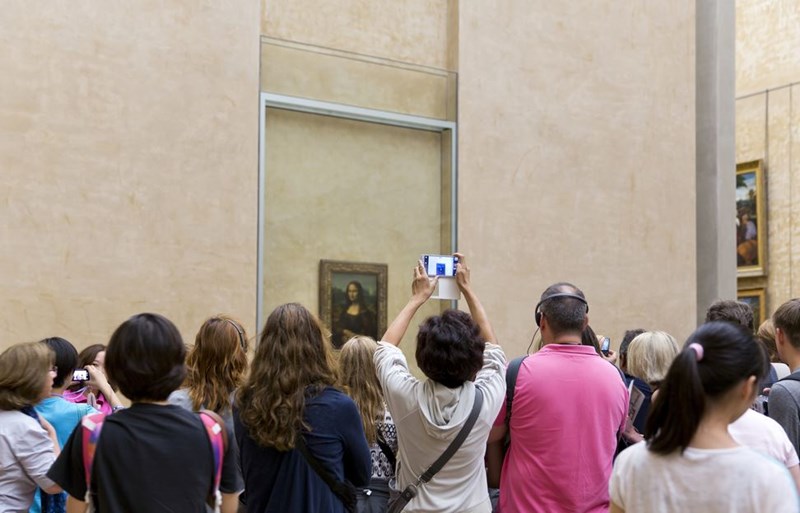 In terms of culture, art and beauty, we’re remarkably lucky to live in Europe. There’s so much to take in, and it’s just a short Eurostar or plane ride away. Who can forget their first time in Paris, or the trip they took to Rome as a university student, keen for amazing food and great nights out?

Although it’s always good to have a variety of opinions when it comes to attractions abroad, we found that there’s no pleasing some people. Here are a selection of comments about two of Europe’s best-loved tourist attractions, ranging from the confusing to the downright maddening. You’ll never look at your fellow travellers in the same way again.

Let’s hope none of the artwork was creating using unsustainable materials.

This person was hoping that the museum wasn’t as popular as all that; it looks like they were mistaken. Just too Babylonian for their tastes.

‘Professional sportspeople to the front of the line, please.’

Pam D managed to escape the Louvre, eight days later. She had not been humbled by the experience.

You can read some more reviews of The Louvre here.

We’re guessing Careea’s house is super impressive. Either than, or she accidentally ended up at the Walkie Talkie building.

Yes, because nothing bad has ever happened in the English countryside.

Liz is far too busy for you, me, and The Queen. She’s got 'better things to do in London'.

You can read some more reviews of Buckingham Palace here.