The funniest ever TripAdvisor reviews

Get your quote now
Home > Blog > The funniest ever TripAdvisor reviews

Since the website was founded in 2000, good, bad, ugly and mad reviews have been left for hotels, restaurants and attractions all over the world - and some have been so bonkers they've got to be shared. Here are ten of the funniest reviews found on the site; enjoy. 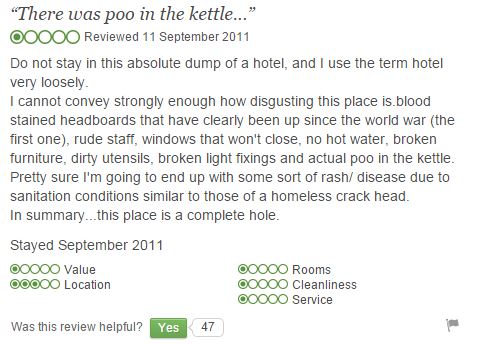 It's unknown whether this person ended up with a rash; let's hope not. The bloodstained headboards are a nice touch. 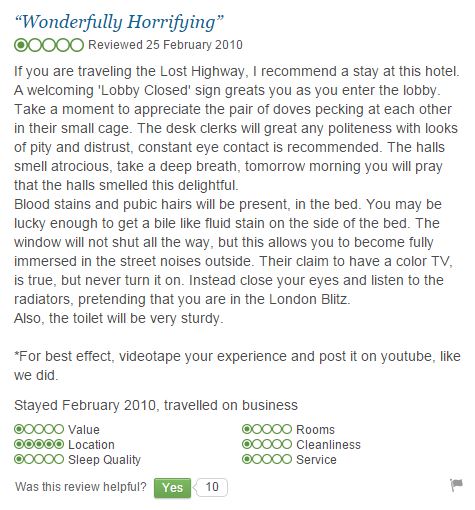 We lost our composure at the 'pair of doves pecking each other'. 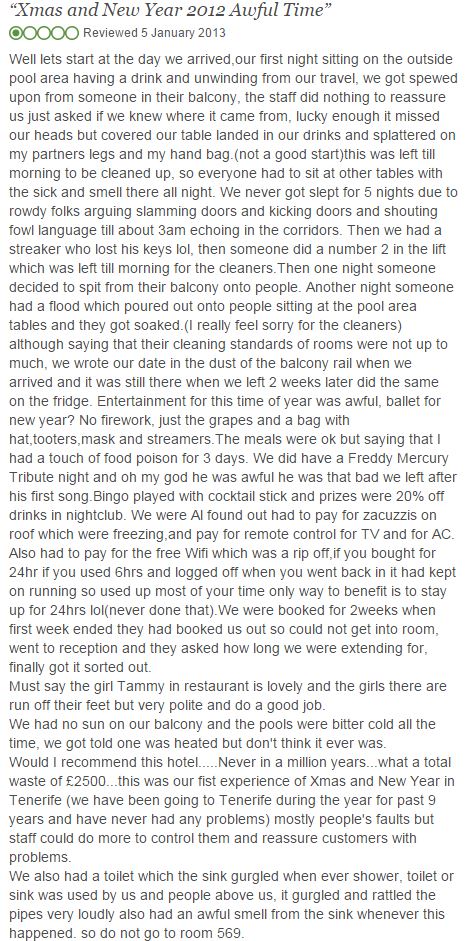 'The meals were OK, but saying that, I had a touch of food poisoning for three days.' 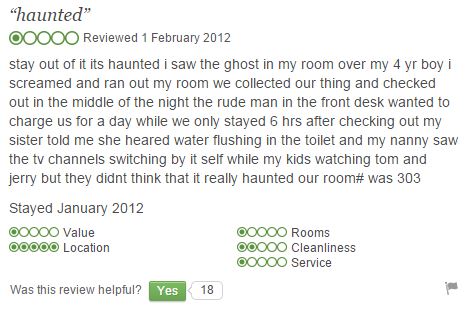 Someone has been spending too much time at The Overlook Hotel for our liking.

To be fair, Barrymore has always been able to draw a large crowd. 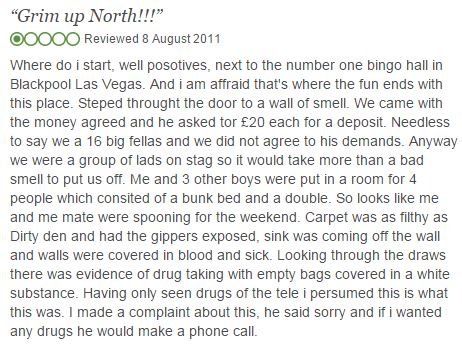 Every cloud. That's customer service for you. 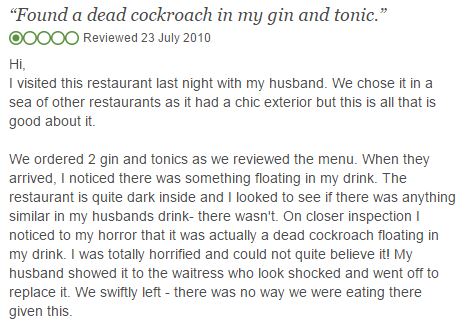 Are you sure it wasn't just a new hipster cocktail? 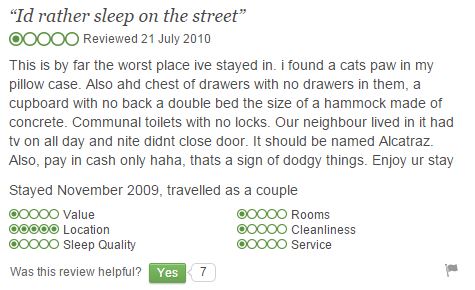 However, not all is lost - the location's pretty good.

Need more humour in your life? Here are the funniest airline safety videos.

Noisy and restless kids on a flight aren't a laughing matter - here's how to deal with them in a lighthearted way.

← Important information for travellers regarding the terrorist attack in Tunisia

Ten unusual Easter traditions from around the world →