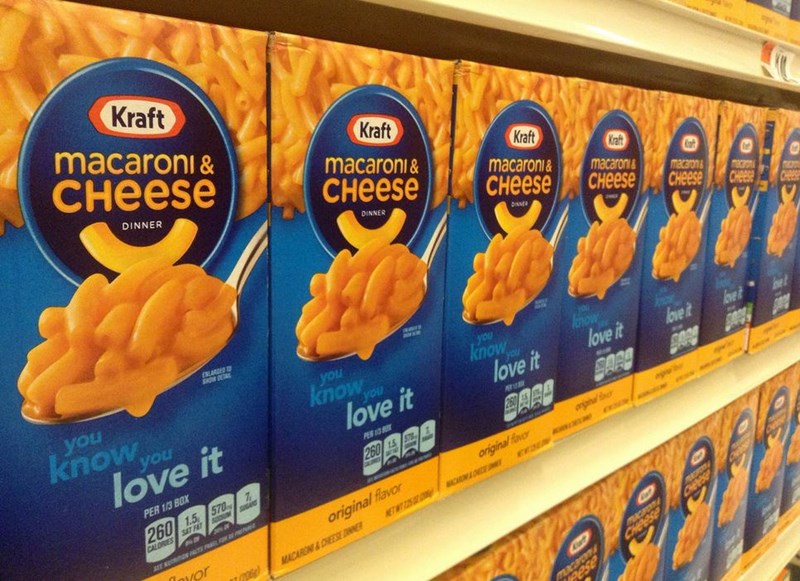 The Rugby World Cup is almost upon us (it kicks off on the 18th), and until the end of October, the UK will be, quite frankly, rugby-mad.

There are 20 teams taking place in the tournament, and in the name of being a supportive host and maybe assuaging any homesickness, we've come up with 20 facts about their home countries.

Let's kick off with a country that has more than its fair share of idiosyncrasies. In Japan, napping at work is fine - it's actually called 'inemuri'. However, you can't just lie down anywhere - you have to remain upright. Some people even fake this, so their bosses think they're working harder than they really are. That's one way of getting that promotion. 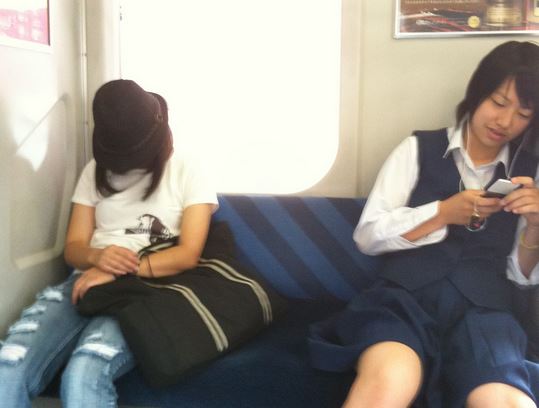 We all know the one about the old lady who swallowed a fly, and, of course, the woman who lived in a shoe. Well, someone in South Africa liked that ditty so much they actually built themselves a house in the shape of a shoe. You can see it if you visit the Abel Erasmus Pass in Mpumalanga. It's got sole. (Please note: The image used is for illustrative purposes. It does look like this, sort of.) 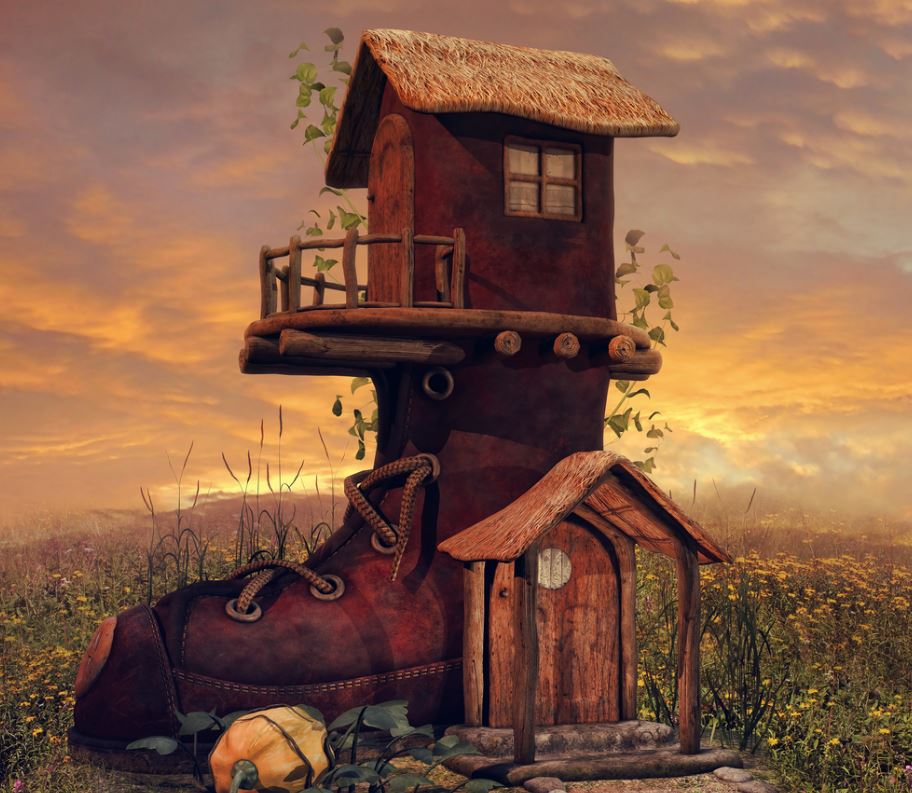 Namibia is the second least densely populated country on earth, after Mongolia. There are just over two million people living in a country which is half the size of Alaska. Perhaps this level of solitude appealed to Angelina Jolie; Namibia is where she chose to give birth to daughter Shiloh in May 2006. The Tomb Raider star and partner Brad Pitt wanted to show their gratitude, so they donated $2m to the Namibia Wildlife Sanctuary. 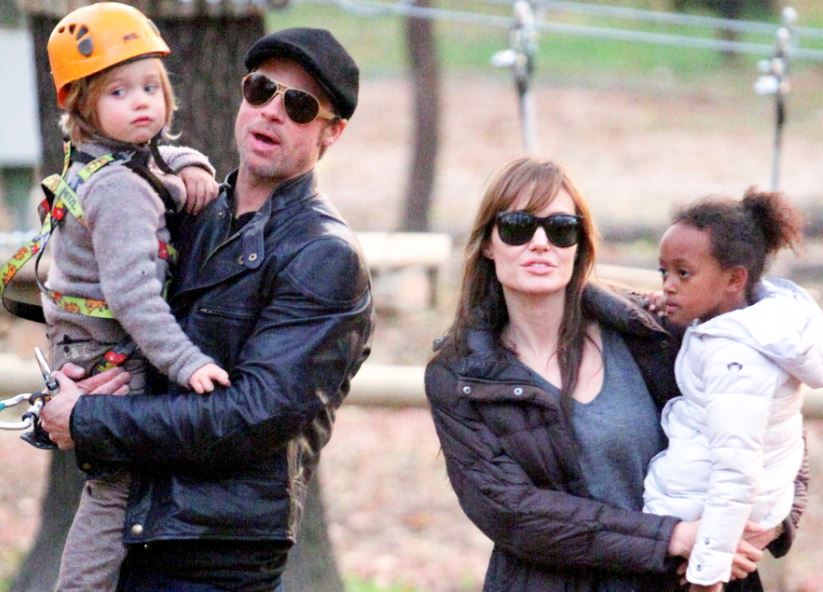 Argentines are big on cosmetic surgery. At least 1 in 30 of the population have gone under the knife, and due to the low costs of the procedures, it’s become a popular place for people after cheap surgery. However, this has led to the rise of 'fashion model syndrome', where women starve themselves to achieve what they consider to be the ideal body shape. Anorexia rates have soared in recent years and the country has the highest per capita rate of anorexia in the world. 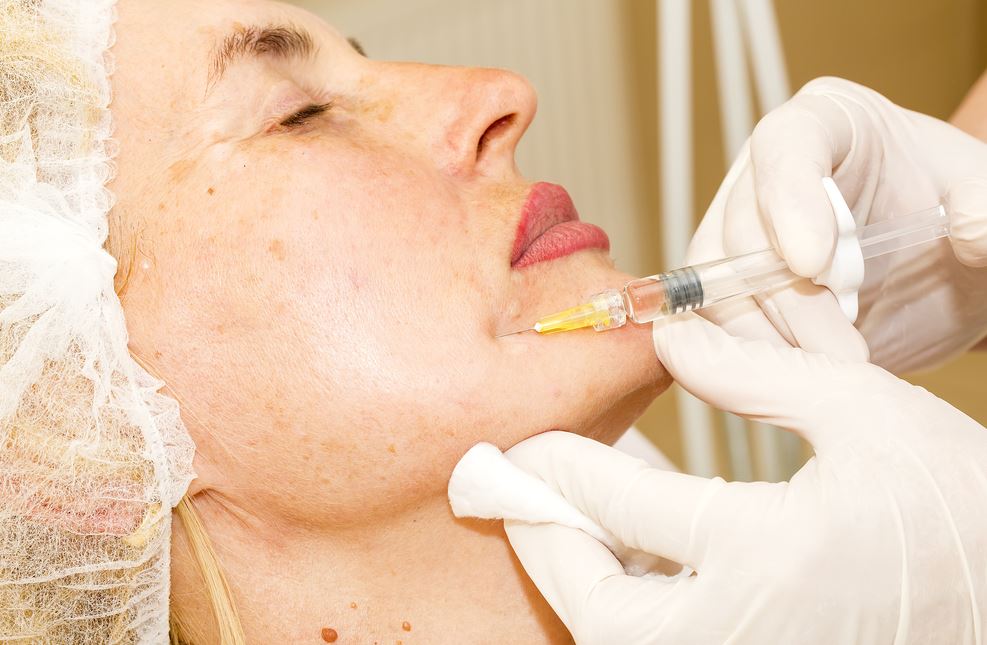 Where do we start with Canada? This is the place where there is a prison for naughty polar bears who break into homes looking for food. They have a special coin which has a glow-in-the-dark dinosaur on it. It's the most educated country in the world; despite the fact that their most popular grocery item is Kraft Dinner. Canadians consume 55% more of it than Americans do. It looks pretty vile but we'll let you form your own opinion of it. 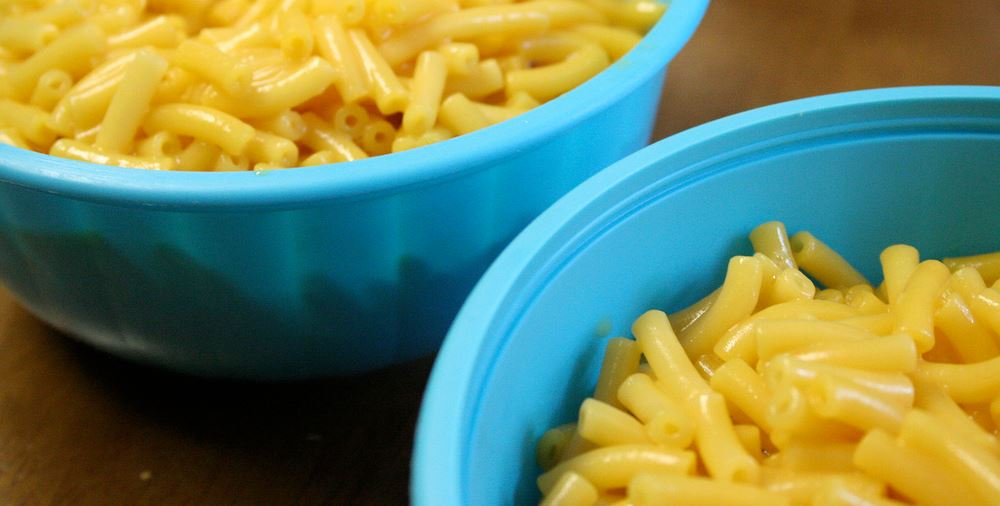 This is a country which loves its food - and overindulgence is the name of the game. 66% of Americans are overweight, but it seems that they're not doing a very good job of cleaning out their supermarkets - the average supermarket in the United States wastes about 3,000 pounds of food each year. This trend is impacting Americans' health; in the UK, an average of about $3,500 per person is spent on healthcare each year. In the United States, that jumps to $8,500. 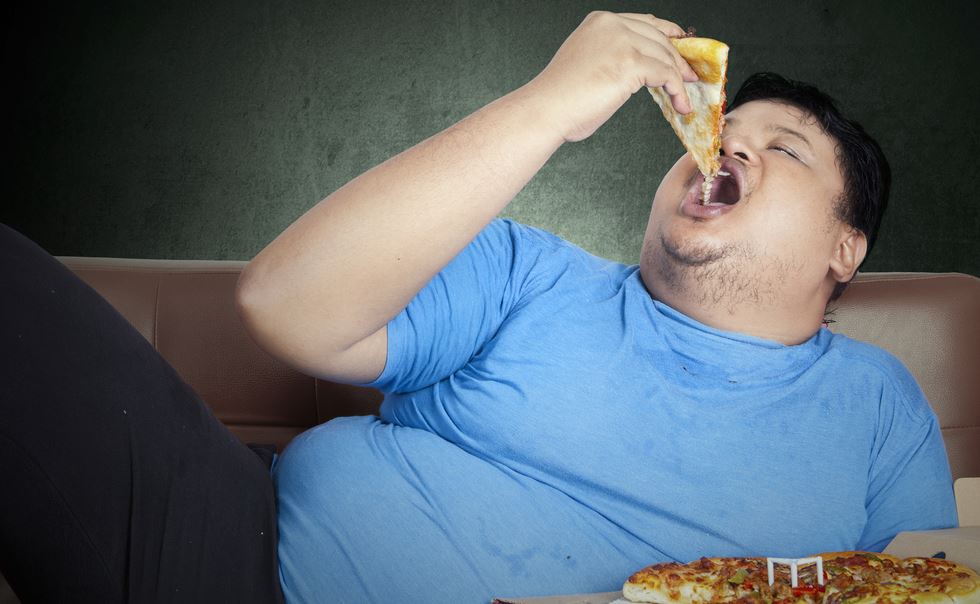 In 2013, Uruguay became the world’s first country to legalise the marijuana trade. The former President of Uruguay, Jose Mujica, was nominated for a Nobel Peace Prize by a Dutch pro-drugs institute. On a lighter note, the name 'Uruguay' comes from the Uruguay River, which is thought to mean ‘river of the painted birds’ in Guarani. How lovely. 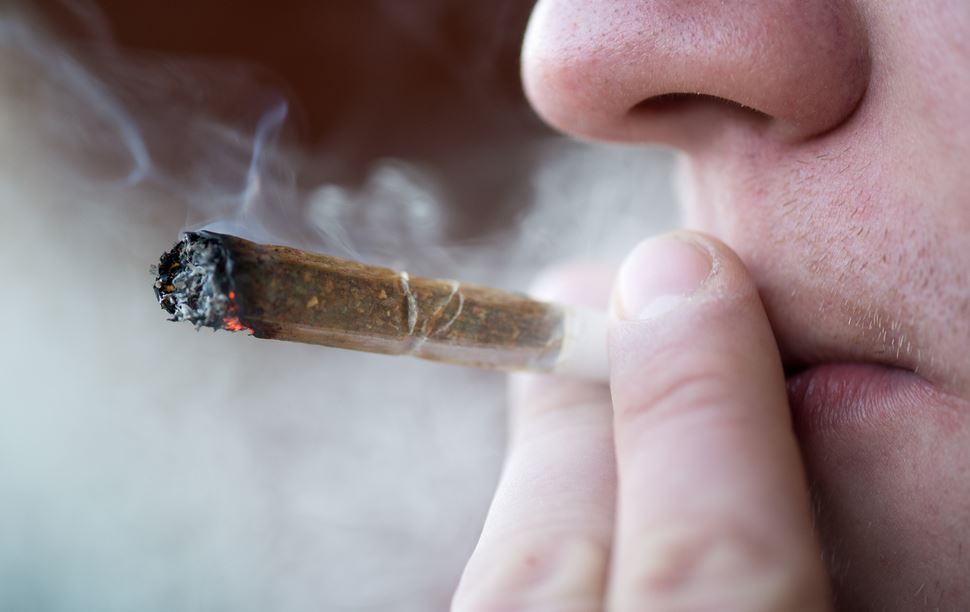 We've got so many strange kinks and traditions, it's hard to know where to start. Morris dancing. The inability to vocalise when we're upset about something, and instead saying 'That's totally fine'. Cricket. Benny Hill. The fact that we have two taps, freezing cold and boiling hot, and you are expected to find your own comfortable water temperature by trial and error. Cheese and Marmite sandwiches. 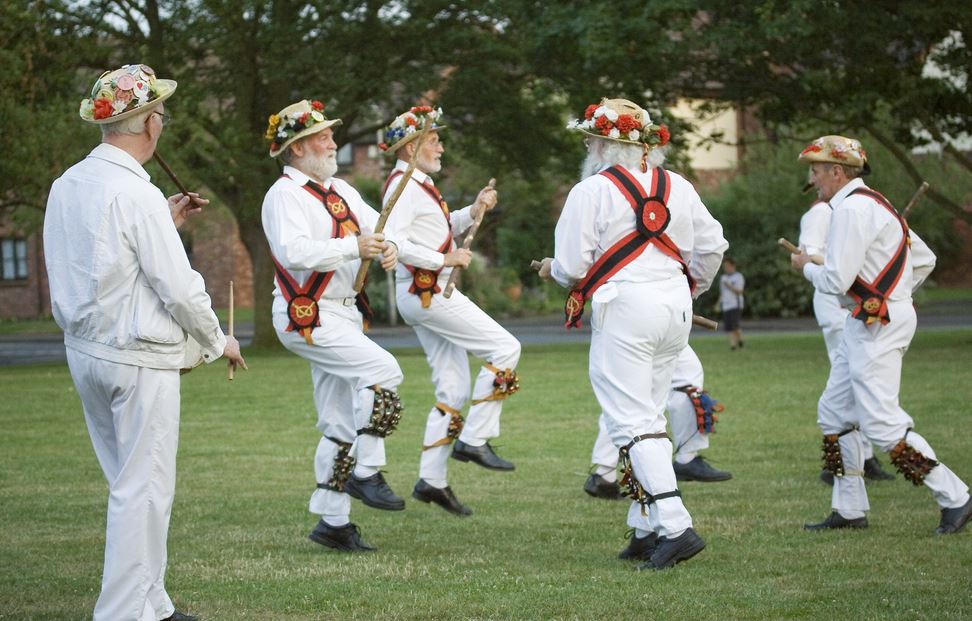 All the trees in Paris are referenced and measured. There are 470,000 of them. Also, you can legally marry a dead person. 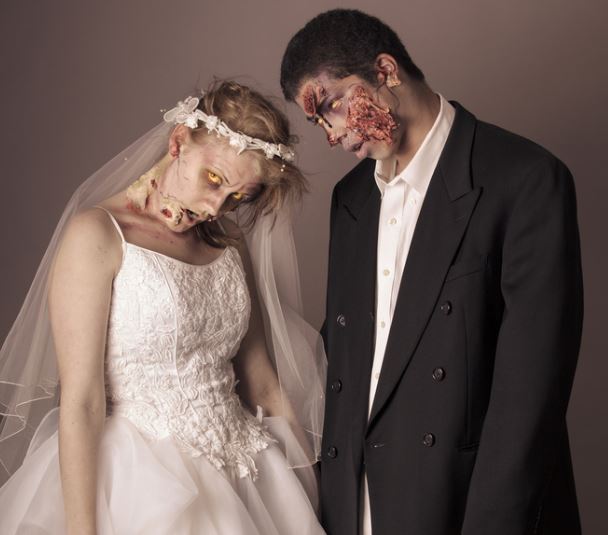 The men in Georgia favour body contact - there's a lot of strolling arm in arm or hanging around on street corners with their limbs entwined. This might lead you to believe that the country is tolerant when it comes to homosexuality, but sadly, it isn't. According to surveys, Georgia is one of the world's most homophobic countries - in May, a violent anti-gay demonstration happened in Tbilisi because a group of gay rights activists had wanted to gather for 30 minutes against homophobic violence. 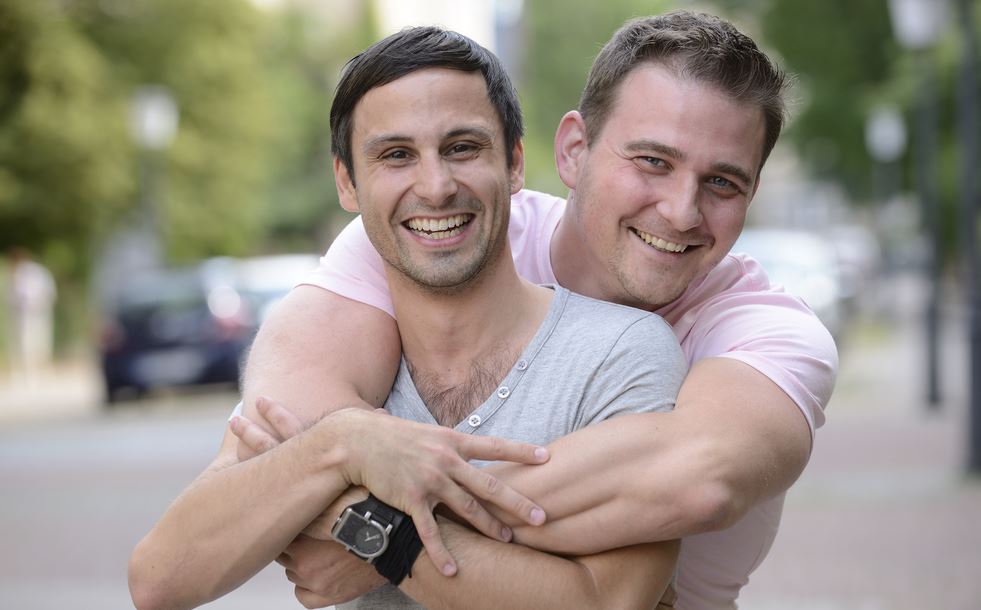 The song 'When Irish Eyes are Smiling' was written by two Americans, George Graff and Chauncey Olcott, in 1912. And it's thought that the pair of them never even visited Ireland. Let's not forget the ultimate entrepreneur, John Coffee, who built the jail in Dundalk in 1853. Unfortunately, he went bankrupt while doing so and became the first inmate in his own prison. 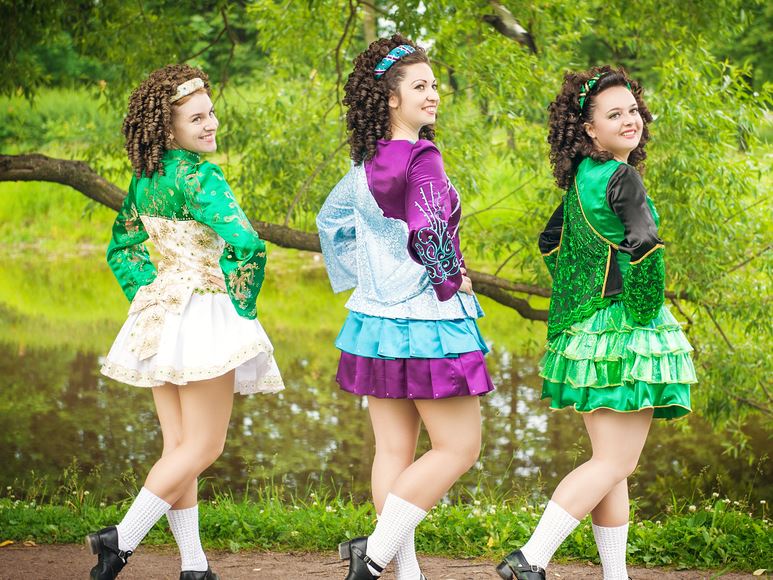 The Margherita was invented in Naples in 1889 to honour Italy's Queen Margherita of Savoy, who was visiting the city. You don't need us to tell you that the dish caught on; pizza is one of the very few words which is understood all over the world. However, does a diet rich in bread, cheese and tomato sauce hamper the Italians? Hardly; the average life expectancy at birth for an Italian is 79.8 years for men, and 84.6 for women. 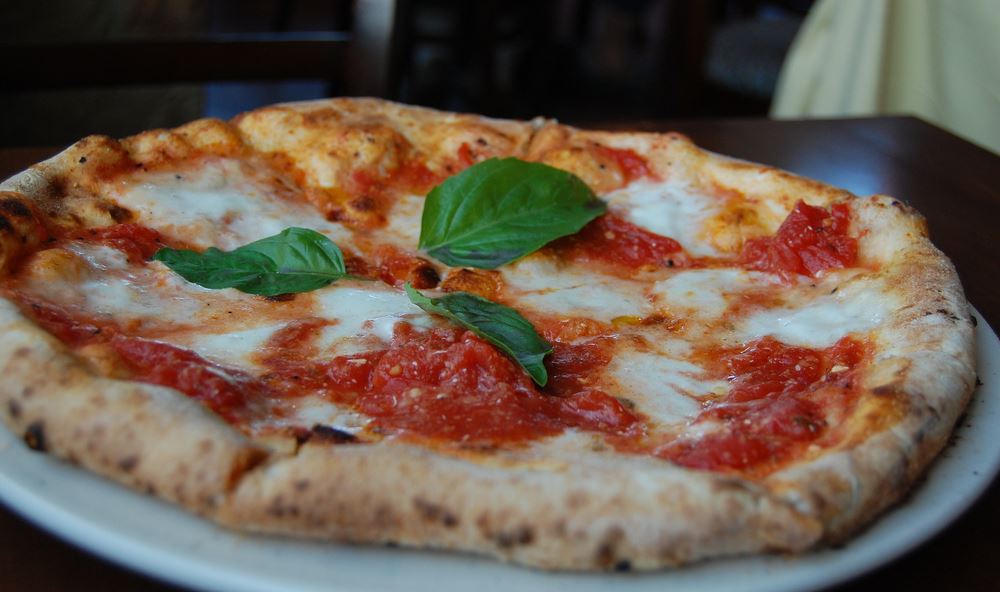 Romania has one of the happiest and most unusual cemeteries in the world. The Merry Cemetery, located in the village of Sapanta, became famous due to its colourful crosses and the satirical poetry written on them - we wrote about The Merry Cemetery a while ago, so you can read more about it here. The supernatural is never far away in Romania; the Hoia Baciu Forest, also known as Romania’s Bermuda Triangle, is feared by many. Several paranormal activities and unexplained events have allegedly taken place here, from ghosts to UFO sightings. 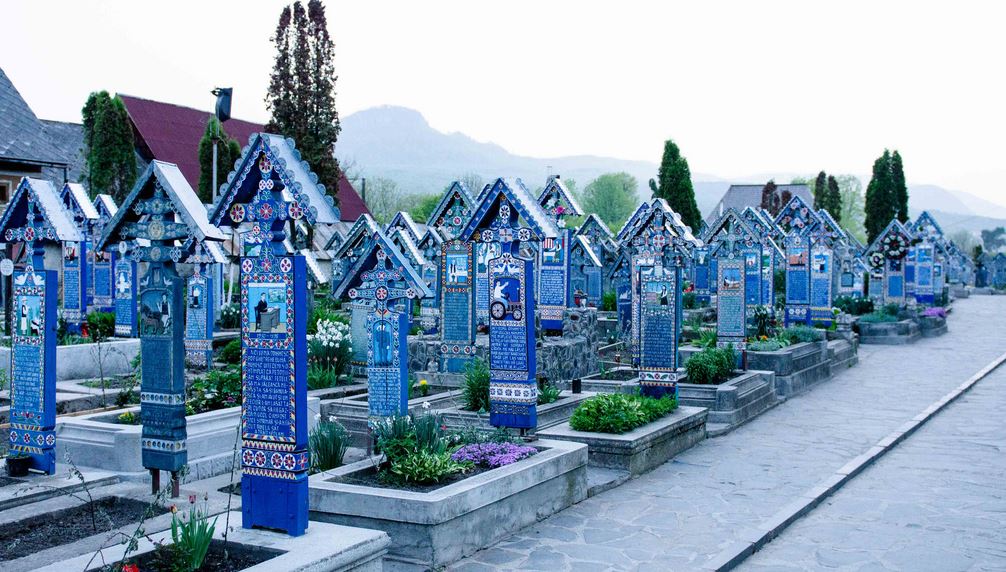 As if their Twitter presence wasn't proof that Scotland was wild at heart, try this fact on for size - the only film with 'Scotland' in its title to win an Oscar is The Last King of Scotland, with Forest Whitaker taking Best Actor. If you're a redhead, you'll fit in well here; Scotland has the highest proportion of redheads in the world. Around 13% of the population has red hair. 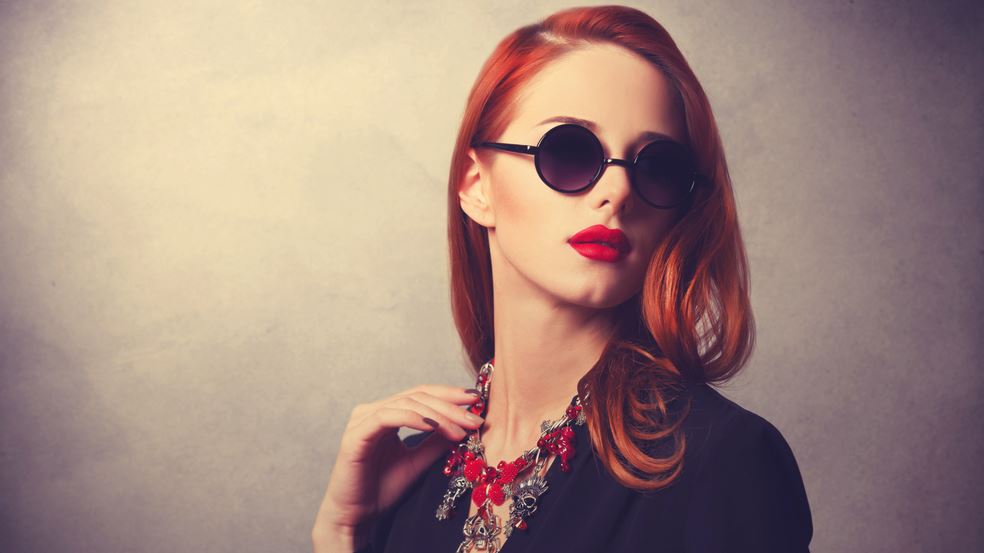 Llanfairpwllgwyngyllgogerychwyrndrobwyll-llantysiliogogogoch is the name of a town in North Wales which translates as “The church of St. Mary in the hollow of white hazel trees near the rapid whirlpool by St. Tysilio’s of the red cave”. It is believed to be the longest place name in the world, but we're not convinced. 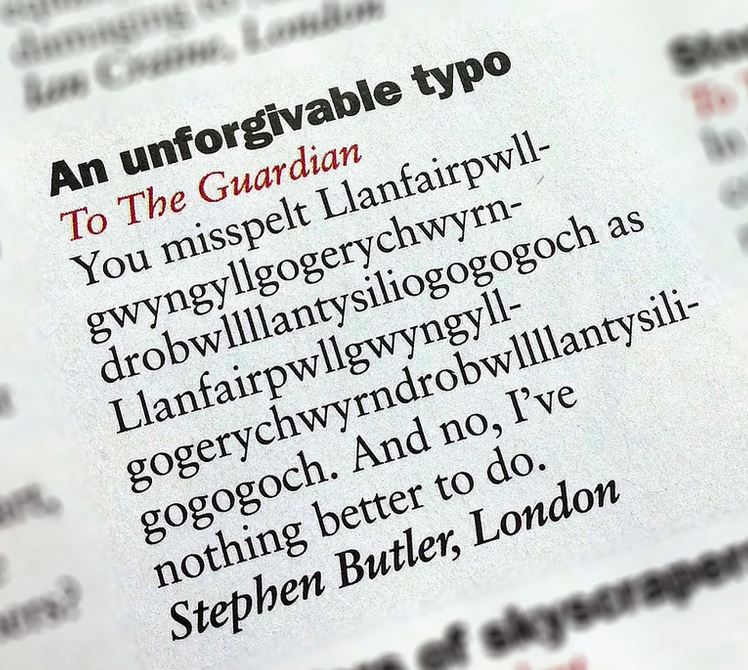 Australia knows how to party. Former Prime Minister Bob Hawke set a world record for sculling 2.5 pints of beer in 11 seconds; he later suggested that this was the reason for his great political success. Other Prime Ministers have not been blessed with such good fortune; Harold Holt went for a swim at Cheviot Beach, and was never seen again.

In Fijian villages, only the chief can wear hats and sunglasses. The top of the head is sacred, and is not meant to be touched. It's also 100% true that prior to the 19th century, the Fijians engaged in human sacrifices, as well as cannibalism. The last man to be cannibalised in Fiji was the Reverend Thomas Baker in 1867. His partially consumed shoes can still be seen in the National Museum. 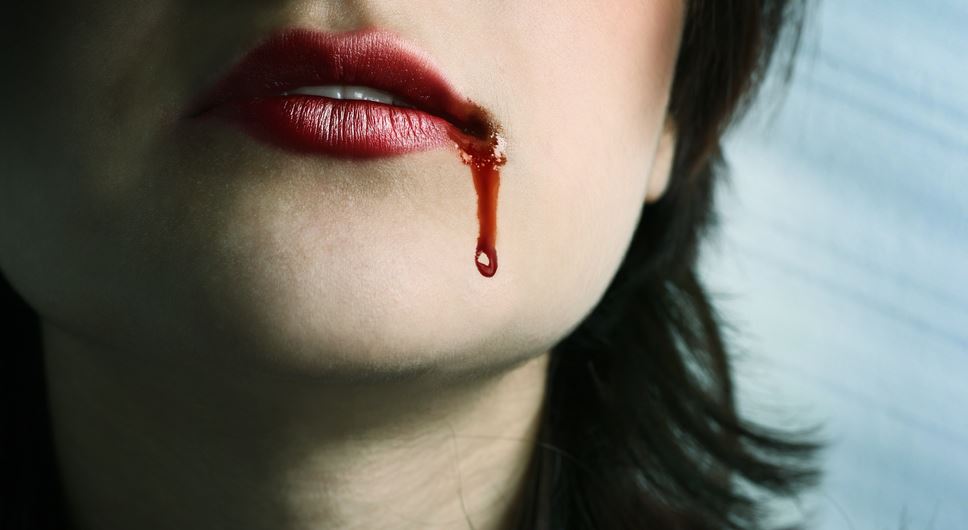 Don't expect any trouble from this team; New Zealand is the least corrupt nation in the world (tied with Denmark), according to the Corruptions Perception Index. However, crime does exist. In 1996, a man broke into a radio station in Wanganui and took the manager hostage, demanding that they play the Muppet song 'Rainbow Connection'. 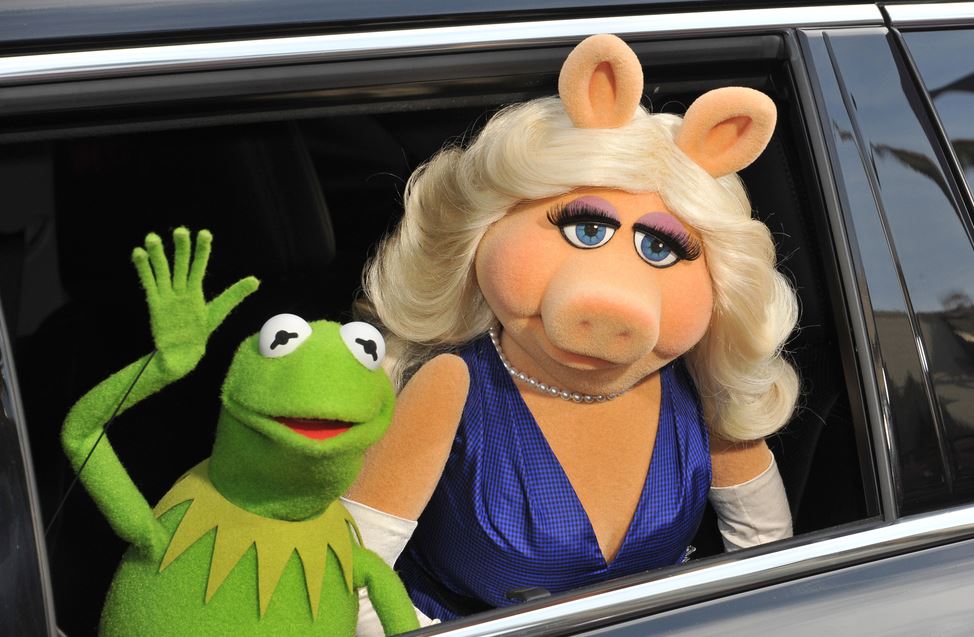 Attitudes to obesity are radically different in Samoa; rather than seen as something shameful, it's seen as a status symbol. Over half the Samoan population is obese, according to the CIA’s World Factbook. It's not greed or genes which cause this; rather, a historical belief that obesity is a symbol of health, wealth and happiness. Village chiefs were fed the most, which led to obesity being seen as a good thing. However, attitudes have been changing for the better lately, especially as government initiatives to educate the population take hold. 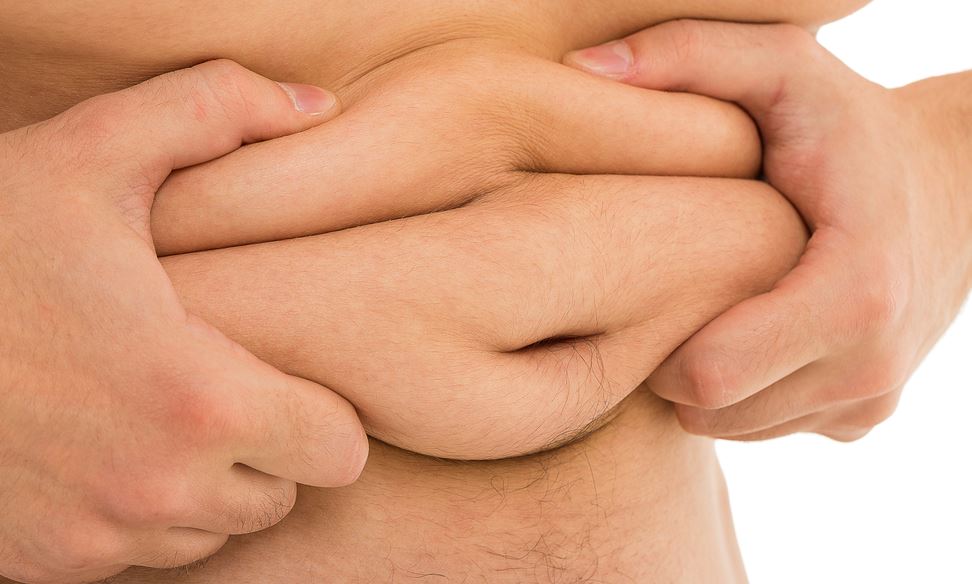 The king's one-time official court jester (you may think we're kidding - rest assured, we're not), American Jesse Bogdonoff, is a former magnet salesman. In 2002, he was sued by the government for squandering $26 million of Tonga's money in unsound investment schemes. Possibly one of his least-funny gags. 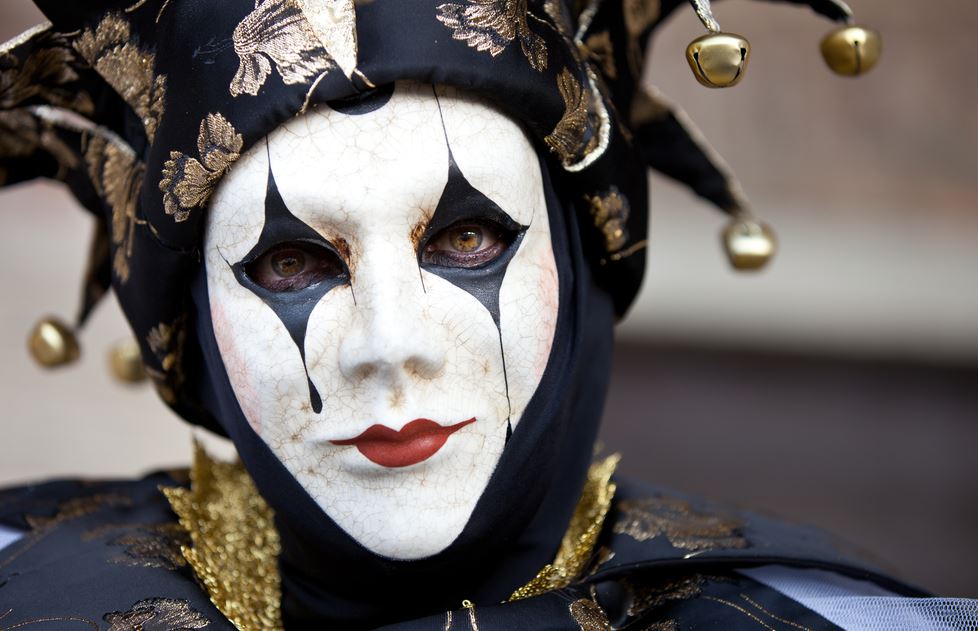 ← Did you buy one of the most Regrettable Holiday Souvenirs of 2015?

How to successfully go on holiday with an ex-partner →