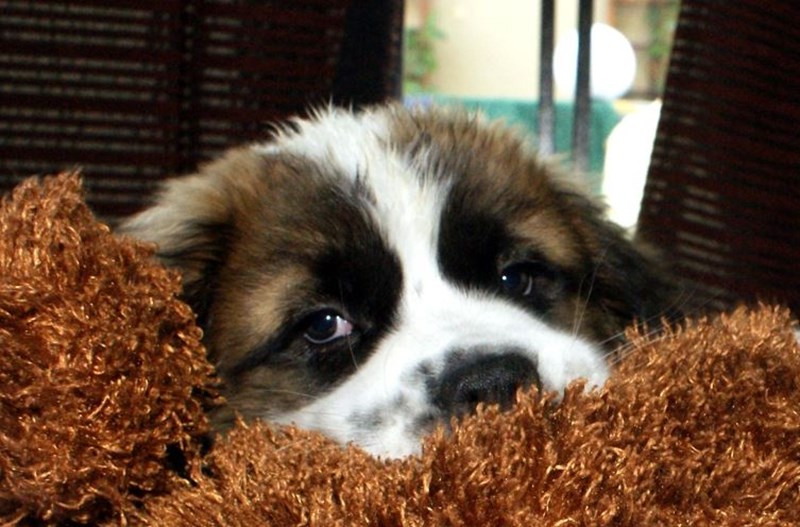 We're delighted to hear that the ski resort of Zermatt in Switzerland is in the process of banning tourists taking pictures with Saint Bernards.

These snaps have always been a must-have souvenir in Zermatt, but the Swiss Animal Protection Agency has recently raised concerns that former search and rescue dogs living in the town have been mistreated.

The agency claims that the animals were kept in 'miserable conditions' and made to pose in the cold for hours on end without food or water. The SAP has also filed a formal complaint against a business offering tourists photos with Saint Bernards.

Zermatt's mayor, Christoph Bürgin, told Swiss radio station Walliser Bote: "No Saint Bernard dogs will be used for photo shoots with tourists on the peaks of Gornergrat and Sunnegga. We have been able to convince providers that it is not right to continue to offer pictures in that way."

There will be some photoshoots with Japanese visitors this summer, but the practice will be over by next season. The SAP has also offered to house any mistreated Saint Bernards.

As quoted in The Telegraph, the SAP said: "Zermatt has shown that it loves animals and it will put an end to the contemptible and dangerous shows these dogs were made part of by being used as tourist props.

"The SAP will continue to do all it can to make sure these dogs, which at the moment are housed in a condemned building in miserable conditions, are kept in comfortable conditions that meet their needs."

You can donate to Swiss Animal Protection here.

← Nepal crisis: How to help family and friends contact the FCO