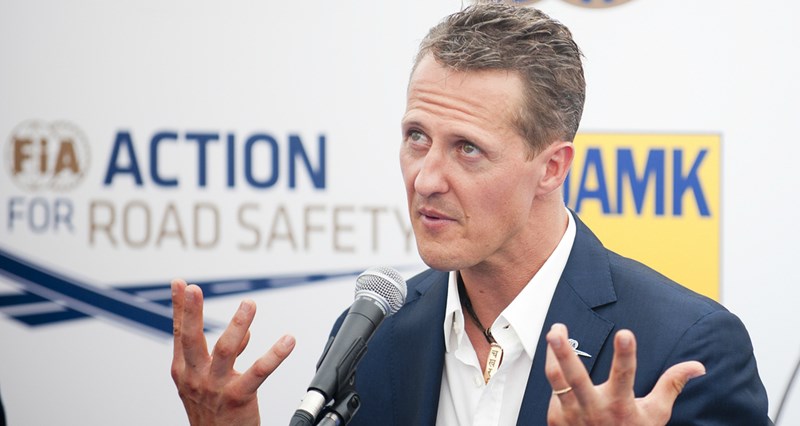 Despite the widespread reporting of Michael Schumacher’s recent accident and subsequent head injury, winter sports enthusiasts are still playing roulette with their lives.

We surveyed 3,500 of our customers, and found that over a third (34%) of people would not wear a helmet while on the slopes. However, the people who don't like to protect themselves may be getting wise; in 2013, we conducted a similar survey, and found that 38% of people didn't like wearing helmets.

Despite high-profile coverage of winter sports accidents, such as actress Natasha Richardson's and Schumacher's, 60% of people interviewed in our recent survey said that they'd continue to avoid wearing a helmet - despite the risks, and seeing the tragedies that can occur if something goes wrong.

Worringly, 50% of Brits also admitted to not carrying any safety gear at all while on the slopes. This was most prevalent among the 50+ age group , with over two thirds (67%) of people aged 50 or over stating that they would not consider wearing a helmet.

When it comes to skiing off-piste, three quarters of over 50s admitted to going without a guide or instructor, while 18-49 year-olds were almost equally as reckless, with 70% of them stating that they had done the same.

Greg Lawson, Managing Director at Columbus Direct, says: "Like most travel insurance policies, wearing a helmet is not compulsory under a Columbus Direct policy. However, we do strongly recommend anyone taking part in winter sports wear protective gear such as a helmet and wrist guards to help defend against fractures. Compacted snow on the piste can feel like concrete when you land on it at speed, so it’s well worth the investment."

Here are our tips for staying safe on the slopes:

Get suitable cover: The biggest potential cost on any ski holiday is the cost of medical treatment if you have an accident or illness. We recommend that your policy has a winter sports section that specifically covers medical expenses and other specific winter sports add-ons. Sections of cover including lost lift passes, ski equipment, ski school classes and ski equipment.

Take your EHIC– but don’t rely on it for all eventualities: A European Health Insurance Card will cover you for state hospital care, but many resorts have private clinics that will not be covered. Other charges such as ambulance costs or repatriation to the UK would not be covered by the EHIC.

Make sure your policy covers piste rescue: Helicopter is often the only way to get access to you if you have had an accident on the slopes, which can be costly without the correct cover.

Consider all the types of activities you will do on your holiday: If you plan to do more than ski or snowboard on your trip, these activities may require you to declare this or 'top up' your cover with more specialist covers.

Watch your drinking: Most policies have exclusion clauses if you are under the influence of alcohol.

← The top ten things couples row about on holiday