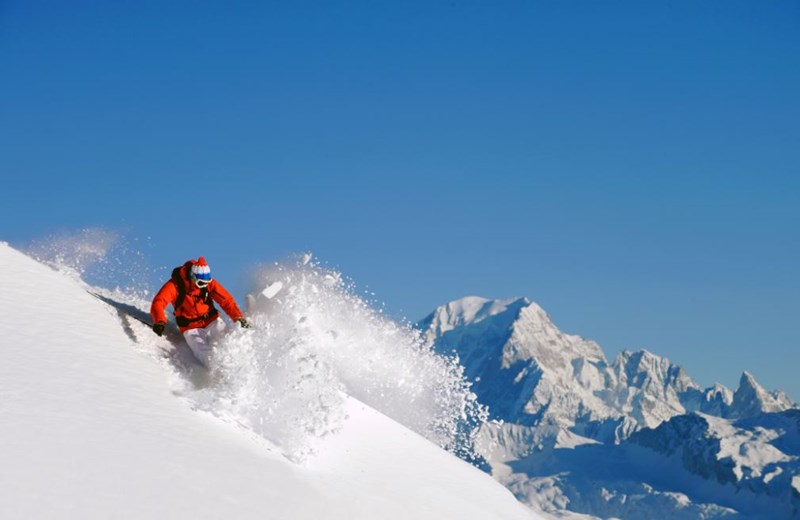 Daniel Elkan is a freelance ski journalist and founder of Snowcarbon, a website about how to travel to ski resorts by train. He’s passionate about helping people choose the best resorts for their ski holidays – and discovering and researching the best places to ski.

"February - right in the middle of the winter season – is a good bet for fabulous snow conditions.

"With half-term holidays falling then, families will want to try resorts whose slopes don’t get too busy. The selection here reflects that, with some resorts in particular whose pistes stay remarkably quiet even at peak periods, and where outside of the holidays you can feel like you have the mountain to yourself.”

"’Serre Che’, as it is affectionately known, is a resort in the southern Alps with hugely enjoyable skiing. Loads of the runs are wooded, and yet 80% of the terrain is above 2000 metres; a rare an extremely advantageous combination.

"The resort is actually made up of four villages, so you can take your pick depending on what suits you. The vibe here is unpretentious and welcoming – by day two you end up feeling like it’s a home from home. There are some really good independent chalet companies here, run by those who came here and fell in love with the place. A favourite run is the long Cucumelle red piste, which ends at a fast chair to whisk you up top again."

“Whenever possible, I travel to ski resorts by train – and one of the ski areas that is the most rail-accessible is the Paradiski, home to the resorts of Les Arcs and La Plagne. Many of La Plagne’s villages are ski-in/ski-out, and the convenience is one of the reasons that families in particular love it.

"The resort has plenty of slopes that people learning to ski can progress on, as well as lots to challenge more advanced skiers. The two ski areas are connected by the Vanoise Express gondola, which is quite a marvel of engineering. You can peer down at the valley floor hundreds of metres below – a sight to behold.

"One of the great things about Les Arcs is the high-altitude skiing that even beginners can access, because there are plenty of blue runs fanning out from the 2,600-metre peak of Col de la Chal. It’s a great experience and real sense of achievement for those learning.

"My favourite village to stay in there is Arc 1950, which has slopes running right through it and a tiny-but-atmospheric club called La Boite. A few minutes away, in Arc 1800 at the new Mille8 development, there is a new state-state-of-the-art toboggan run too."

"Say the name 'Les Contamines' to skiers and many would look back at you blankly, not having heard of it. They are missing out on a friendly, charming village with access to some great skiing - in scenery that literally stops you in your tracks. 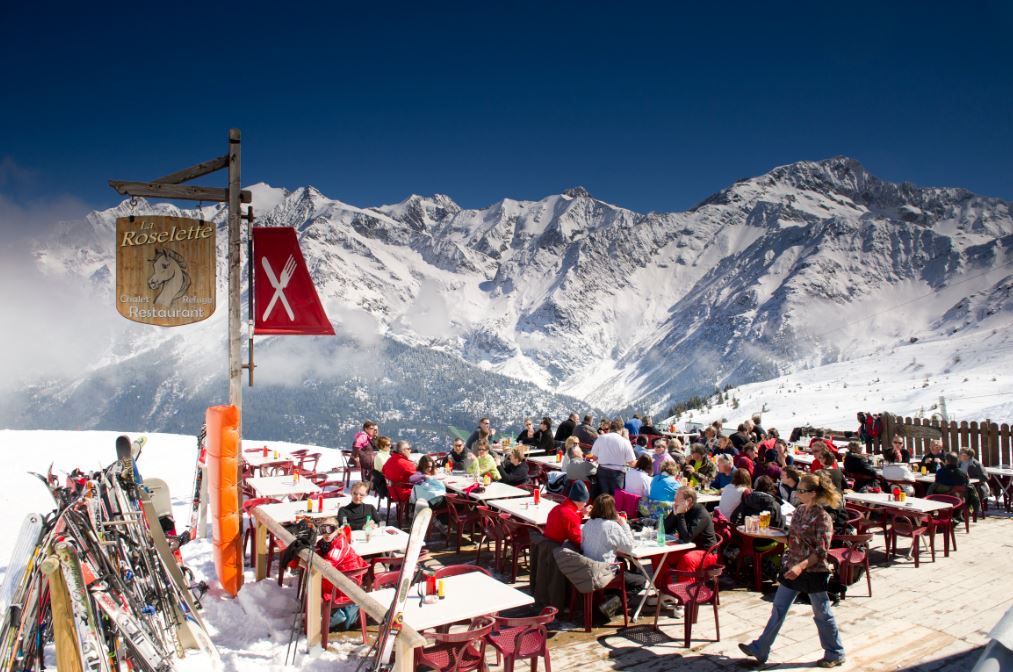 "The views of Mont Blanc, on one side of the resort, are unparalleled: you ski facing onto this hulk of snowy mountain and it’s a really beautiful visual backdrop. Then, on the other side, when you drop towards Hauteluce, you can find yourself skiing in sunshine, above clouds that gather over the lake in the valley below. It’s eerily beautiful.

"What is also remarkable about the resort is how quiet the pistes are. I was there in February half term, making a film about the resort – and in many parts of the ski areas the slopes were almost deserted. I can’t imagine how quiet it would be like in January – but I’d love to find out!"

"Everyone should ski the Dolomites at least once in their life. It’s several years since I was in Cortina – as a leader for Ski Club of Great Britain. What a time it was. The scenery here is just magnificent – it’s no wonder they filmed the Pink Panther at this location.

"The frozen blue waterfalls that you ski past, the tooth-like rocks at the Cinque Torri, the deserted Hidden Valley, where you can actually stop and experience perfect silence, and then ski on to a huge lunch at the Armentarola restaurant, in San Cassiano. And the slopes are beautifully quiet."

“My final recommendation is in the huge Portes du Soleil Les Gets’ village, with its huge predominance of wooden chalets, and actually has a mini road-train that carries skiers around; it's a big hit with children. What I would recommend especially is to ski on Mont Chery – a mountain that often gets missed, as it is not on the main Portes du Soleil circuit, and therefore remains blissfully quiet.

"The other is to spend at least a day at St Jean d’Aulps – also on the ski pass, but not linked. Here you’ll find empty slopes and a huge circuit to ski around – one of the Alps' secret spots that those who know talk about in glowing terms.

“Wherever you ski in February, have a fantastic holiday – it’s a magnificent time to be in the Alps.”

Snowcarbon is an independent website that Daniel Elkan has founded to help skiers and snowboarders find out how to travel to ski resorts by train – and includes an ‘Ask Daniel’ free advice service on where to ski and how to get there.

← Chemmy Alcott's set to rule the airwaves with Jazz FM