What are the most popular types of skiing?

Get your quote now
Home > Blog > What are the most popular types of skiing? 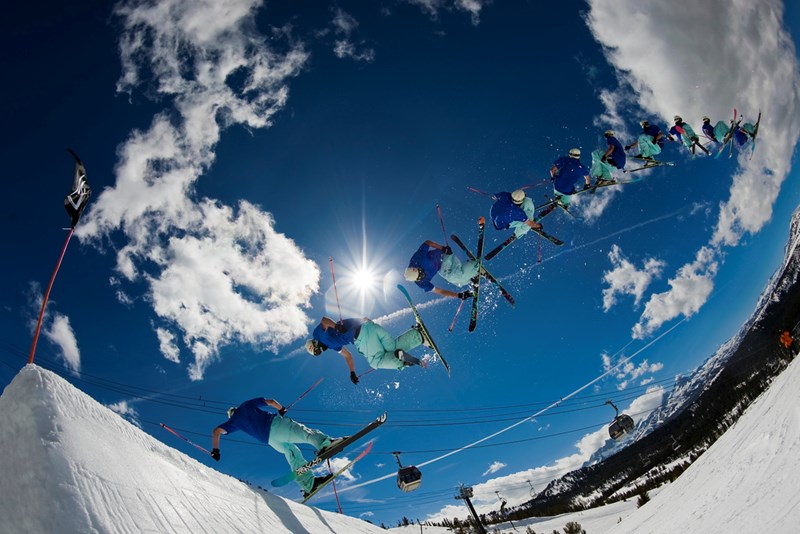 What do you think of when hearing the words 'skiing holiday'? Is it images of getting onto a lift, disembarking at the top, then sliding down a piste-bashed hill on repeat until sundown? If so, that's ignoring the huge depth of option and opportunity that skiing offers. Instead, there is a huge array of different skiing options on offer - many of which are catered for at resorts across the world.

So why, then, should a week or fortnight on the slopes be spent only tackling one type of skiing? For those looking to add some variation to their winter holidays, here are just a few of the options available.

Freestyle skiing may not be for the faint of heart, but if the thrill of downhill is starting to wane, or a skier is looking to add some skills to their repertoire, there isn't much better.

In essence, freestyle riding involves adding some tricks and jumps to a standard ride. Instead of taking place on the standard downhill routes, it will involve hitting some of the jumps, pipes and boxes in a "park" area, specifically set up for this type of skiing.

Most resorts will have a park, which will contain its own unique setup, offering a series of smaller ramps for complete beginners, to full-size half pipes made famous by the pros. First time freestyle riders should understand that even weeks of downhill experience may not be adequate for trying out park riding. It's a whole different beast, so don't expect to pick it up right away and it would be a modern miracle not to take a few tumbles along the way. This all being said, park riding is still a great way to try and learn new skills or vary up a skiing holiday.

It's worth remembering, though, that skills obtained in the park do not suddenly become redundant on the slopes. Many tougher runs will have jumps or quarter pipes along them, whilst even some of the simpler, shallow routes have options along the sides for experts to try out their new talents. This is where park skiing becomes freestyle.

New skiers, especially youngsters, are invariably plied with the advice "don't go off piste", often before they've even put on a pair of skis. In this circumstance, it is understandable, but for the more experienced skier, off piste is a whole new adventure to undertake.

For context, the pistes are runs deemed safe by mountain bosses. This is because they have not only been identified as good runs and tested accordingly, but have also been treated by huge machines colloquially known as "piste bashers" (it is these which make the loud noises often heard up the hills very early in the morning before a day on the snow).

Off piste, then, is everything else. To think that off piste runs are the forgotten ones, those purposefully omitted, however, would be rather myopic.

Instead, off-piste routes are often those which are devilishly difficult, shrouded with densely-packed trees or, quite simply, in an area where it is difficult if not impossible for piste bashers to travel. When looking at it this way, they start to appear not quite the runts of the litter, but instead the hidden gems.

Skiing off piste isn't a case of heading up the hill and stepping off the beaten track, however. Skiers need to do their research first and find areas which will be exciting, new and quiet, but also safe.

Furthermore, off piste tracks are entirely untreated, so much larger skis are needed to spread out the weight evenly and ensure there's no sinking into the soft, pillowy snow. Likewise, remember that typical ski insurance may not cover accidents sustained when off piste, so check this out beforehand and get a specialist policy if off piste is on the agenda.

Telemarking is not so much a different route or option, but a wholly revolutionised way of skiing. It works by freeing up the ankle so it is not attached to a ski in the traditional setup. As such, when using telemark skis, the toe will be secured as normal, but the heel can be raised as high as the wearer's flexibility will allow.

Whilst it may seem like a rather innocuous change, this radically alters the technique, whereby instead of carving gently down the mountains with parallel turns, telemarking involves more of a "stepping" motion that has been known to appeal much more to first-time skiers.

It isn't just an option for the novices, however, as telemarking has been hailed by its main supporters as being much less restrictive than its traditional counterpart - who have claimed it provides a feeling that can only be described as "soaring".

All of these activities are just some of the myriad options available to skiers - and 'available' is right, as most - if not all - resorts will have these facilities on offer. With so much variation available, there's really no reason to get stuck in a rut with the same old routines. Instead, with these activities on the itinerary, the words "skiing holiday" should bring to mind a great deal more than just typical downhill alpine.

Whilst not for those who look at skiing as their shot of white knuckle, adrenaline-fuelled ecstasy, cross country still proves popular for millions of people every year.

The premise is simple: traverse around long, looping circuits on skis, whilst going at a pace where it's much easier to marvel at the surroundings. Think of it like a British countryside ramble, but on skis in the snow.

Whilst this may paint cross country as a gentle, kindly, avuncular alternative to downhill, this isn't entirely the case - as it's also a hefty workout. In doing away with the lifts to carry skiers up ascents, cross country means the person has to do it themselves, which can be an exhausting process. Then, when on the flats, poles are an absolute must-have for propulsion and to prevent skiers from slouching to an abrupt halt.

Knowing a few cross country techniques won't just sit in isolation, however, but can also come in handy at other times. For example, anyone heading back to their accommodation from an aprés session at the base has two options - walk whilst carrying heavy and cumbersome skis or strap them on and head back 'cross country-style'. Not only is the latter much easier, it's immeasurably more fun.

← 12 of the Strangest Food Events Around the World - Pt 1