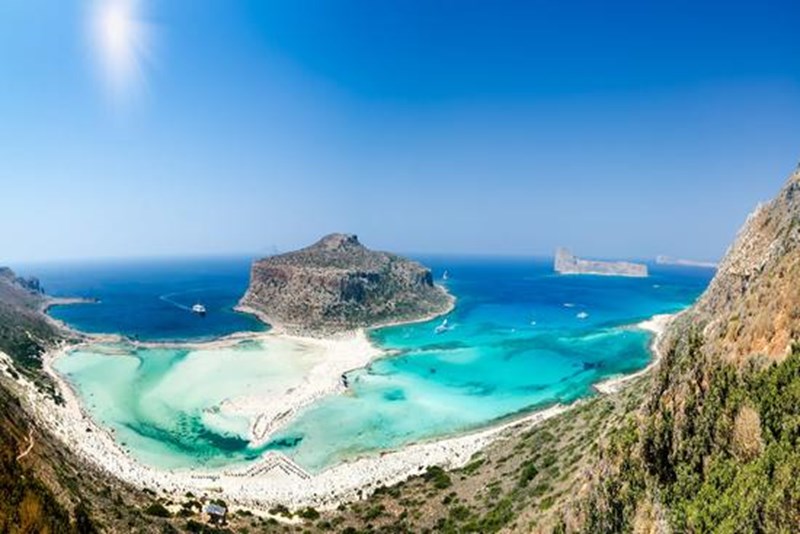 With the summer nearly upon us, it is time to start thinking about that much anticipated sunshine holiday. The world really is our oyster when it comes to deciding on a destination, so where do you start if you haven’t already planned your holiday?

Long-haul destinations are tempting during the colder months, but Europe plays hosts to plenty of warm-weather spots during the brighter half of the year. Check out also our interactive index listing the Europe's most family friendly destination based on a number of ranking metrics.

The most recent Travel Trends Report from ABTA showed that in 2017 the Western Mediterranean was the most popular destination for British travellers, a trend which is expected to continue in 2018. In 2017, Spain (including mainland Spain, the Balearics and the Canaries) saw an 11 per cent increase in British tourists, while Italy (10%), Greece (7%) and Portugal (6%) also all had a greater number of tourists visiting from the UK than in 2016.

It’s not surprising to see why these destinations are growing in popularity. Incredible weather, beaches, history, entertainment and culture all accessible a few short hours from the UK make it easy to understand why so many of us continue to head to the likes of Spain, Italy and Greece. There are numerous hotels and holiday types to choose from, suiting everyone from families, couples, groups of friends and older travellers whatever their budget. Savvy travellers who book ahead can also secure cheap flights to jet off on a sunny holiday.

The traditional Western Mediterranean holiday destination is one involving sand and sea and there are many options to choose from if a beach holiday is your idea of heaven. We have identified some of the best islands in the Europe for those dreaming of a beach break this summer.

The largest island in the Balearics, Majorca, has a lot to offer, not just with beach resorts but also the Serra de Tramuntana mountain range, a World Heritage Site and a number of wineries in the centre of the island. Visitors should make sure to explore beautiful Palma if they can tear themselves away from the beautiful beaches. 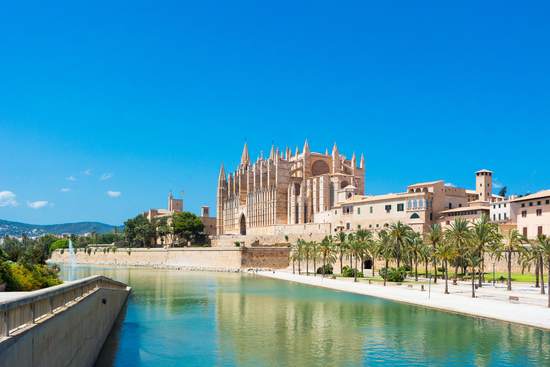 When most people think of Ibiza, they think of the nightlife. The island is also known for its fantastic coastline and stylish hotels. It is also home to some beautiful beaches including Cala Jondal and Cala D’Hort, which has the added benefit of a fantastic view of Es Vedrà rock. Brits interested in a more authentic experience of the destination should consider a visit towards the end of the year. 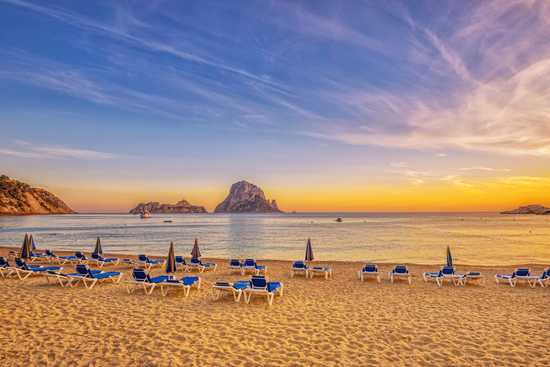 Ibiza’s chilled out sister, Formentera, is the most southerly island in the Balearics. It has a much more relaxed vibe that its neighbour, with sandy paths and tracks enticing cyclists to explore the coast. There aren’t many hotels as development is carefully controlled so is a great option for those seeking a chilled-out holiday experience. Tourists spending their holidays in Ibiza can easily take the ferry to Formentera for a day trip, including horseback riding, diving and nautical sports. 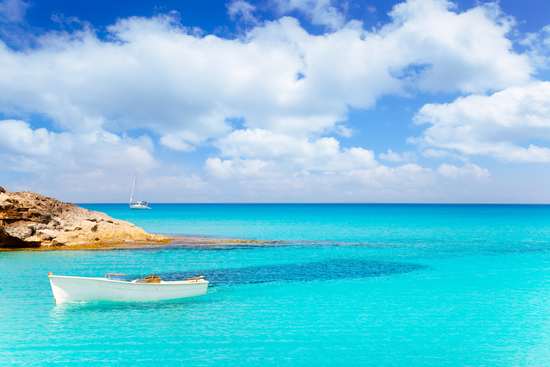 Menorca is full of unspoilt beaches. Among the best are Pregonda, which is ideal for snorkelling and diving, and Cala Macarella for an idyllic sheltered cove surrounded by pine trees. Menorca remains extremely rural compared to its Balearic counterparts so is often seen as the most relaxing island and is an ideal destination for a romantic getaway or a family trip. 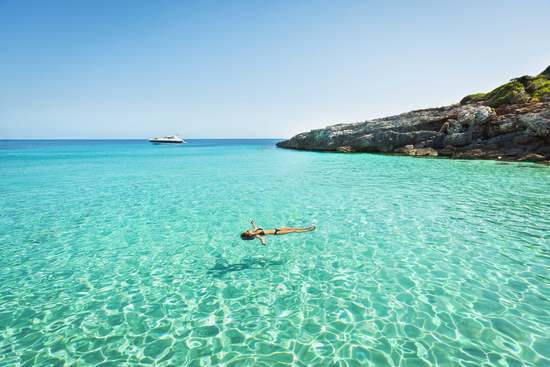 Eco-tourists should look to Lanzarote, whichis fast becoming an upmarket destination for those wanting to spend their days walking and cycling mixed in with some relaxation in environmentally friendly hotels and relaxing on the beach. 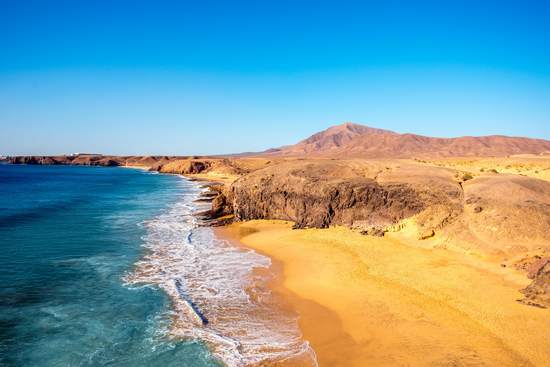 Known for its coastal resorts and numerous beaches, Tenerife also has a side to it that is often undiscovered. The Anaga Mountains, for example, are almost completely untouched by tourism and can offer a much more authentic holiday experience. Teido National Park and La Laguna, both UNESCO World Heritage Sites, are also worth a visit. 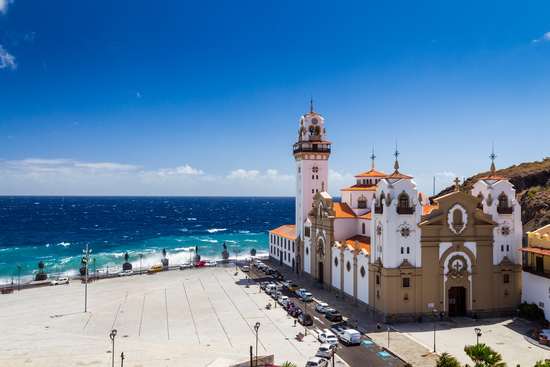 Gran Canaria is the third largest Canary Island and offers an elegant culture at its Centro Atlantico de Arte Moderno, Michelin-starred meals, prehistoric jungle, desert and fantastic beaches like the one at Playa de las Canteras. If you’re looking for something a bit different, check out the Dunas de Masplomas – sand dunes which offer a desert experience, including camel rides. 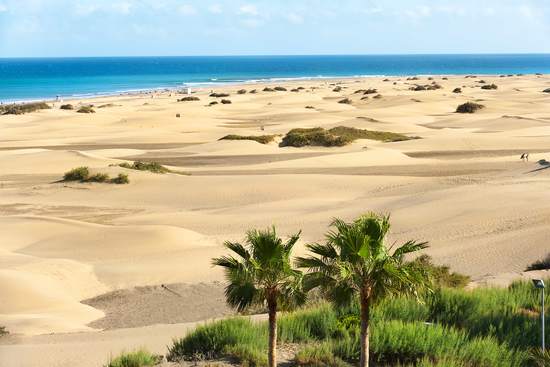 Santorini, one of the Cyclades islands in the Aegean Sea is one of the most picturesque Greek islands, with sheer lava cliffs layered with white houses on top. Visitors can go walking, wine tasting and swimming or go on an archaeological tour. 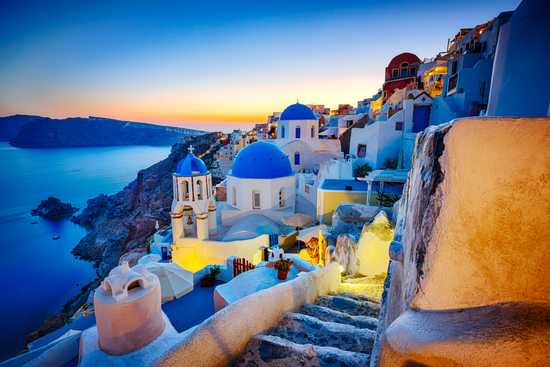 Crete is known in Greek as Megalónisos, meaning the “great island” and is almost a country in itself. It is home to numerous beaches and for those wanting to explore, has 14th and 15th century chapels along with Minoan palaces and towns to visit, as well as incredible hiking opportunities.

Popular holiday island Rhodes is home to miles of beaches, a mountainous interior and medieval towns. The walled old town of Rhodes has recently been accorded UNESCO World Heritage status. 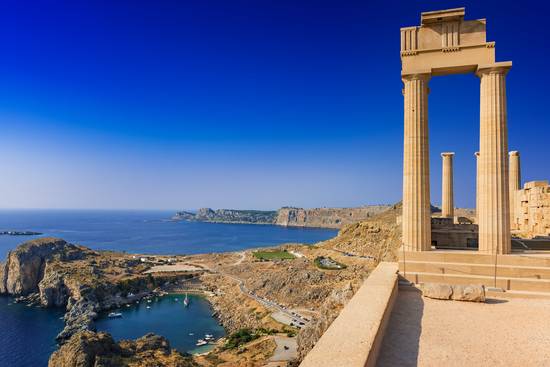 Corfu is one of the greenest Greek islands due to the heavy rain it receives from September to May and the numerous olive trees which carpet the landscape. It is also one of the more rural islands and is home to pristine beaches. 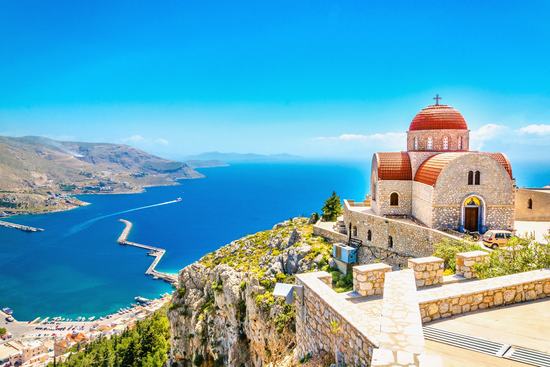 Cyprus is home to numerous beach resorts appealing to families and those wanting somewhere more wild and secluded. The island is also full of ruins, with Roman ruins in the Turkish north and Roman mosaics at Paphos in the South. It also has Byzantine churches dotted around the island. 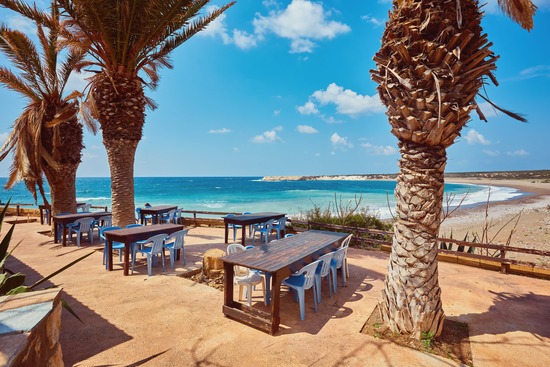 One of the flashier Greek islands, Mykonos, is well known for its nightlife and beaches. It is extremely popular and often packed during July and August so those wishing to avoid the crowds should consider visiting out of season when the weather is still warm, but the restaurants and beaches aren’t as full. 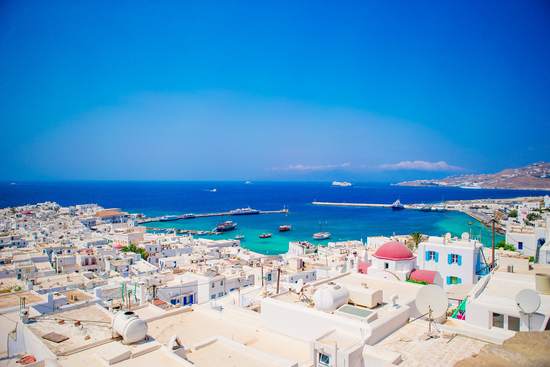 With a history spanning the Classical age, Byzantine times, Venetian rule and the Ottoman empire Naxos is packed with ancient sites and plenty to interest those wanting to add some historic visits to their holiday. It is seen as a family friendly island with plenty of sandy beaches and also offers outdoor sports including sailing and horse riding. It is a very green island and produces olives, grapes, figs and citrus fruits alongside corn and potatoes.

Sardinia is a large Italian island in the Mediterranean with nearly 2,000km of coastline. Along with fantastic beaches, Sardinia is home to fabulous seafood and Carthaginian and Roman ruins. It also provides numerous outdoor activities including hiking, diving and windsurfing.

The largest island in the Mediterranean is Sicily, which hosts an interesting mix of Greek temples, Norman churches and Baroque palazzos. Along with its stunning beaches, Sicily is home to a vibrant contemporary eating, drinking and shopping scene and with its balmy climate, is popular with tourists all year round. 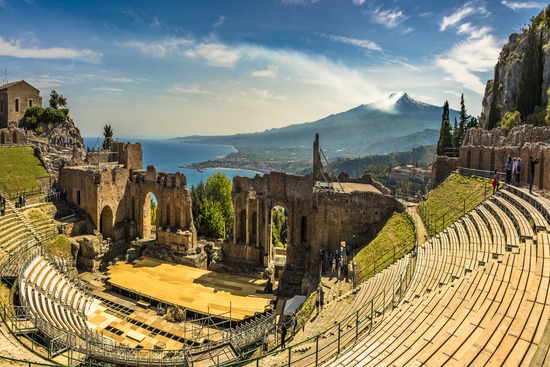 Capri is one of three islands in the Bay of Naples and has gained popularity in recent years. It is an island packed with friendly towns, varied flora and natural wonders. Some of the most famous sites on the island include Monte Solaro, the highest point in the island which can be reached by a scenic chairlift ride, and The Blue Grotto, a large cave along the island’s coast with ‘glowing’ blue waters and accessible only by wooden rowing boat. It is also home to the original Caprese salad. 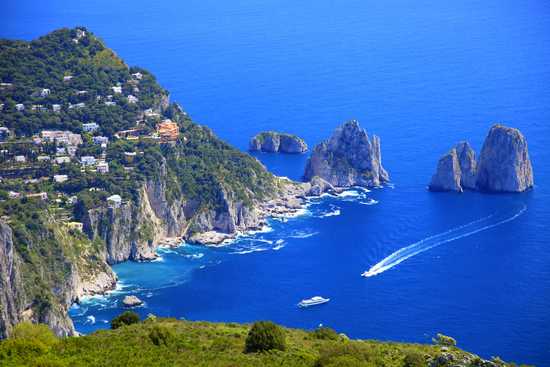 French island Corsica can be found off the coast of Tuscany and to the south east of the Côte d’Azur. It is extremely geographically diverse, ranging from glittering beaches and vibrant coastal cities, to extreme mountain ranges, hilltop villages and vast valleys. The largest mountain on the island, Monte Cinto, is actually double the height of Ben Nevis. As such Corsica offers everything from hiking, canyoning and cycling, to snorkelling and sunbathing. 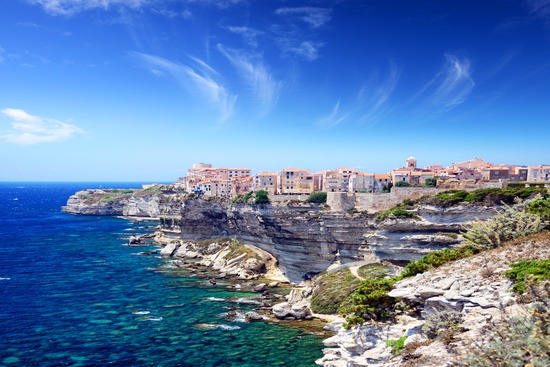 Snorkellers and divers should look to Malta, as it’s surrounded by some of the cleanest waters of the Mediterranean. If tanning is more appealing, the country gets more than 300 sunny days a year. Culture-buffs can also discover a fascinating history, spanning 7,000 years and has a greater density of historic sites than any other country. 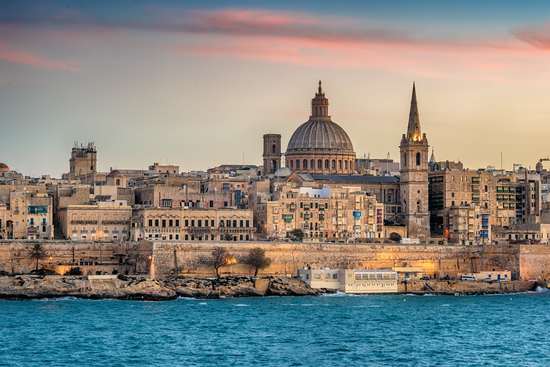 Upmarket Hvar – a Croatian island in the Adriatic Sea - has become increasingly popular with tourists during the summer. Hvar Town is host to luxurious hotels and thriving nightlife, even attracting travellers to leave their yachts to come party on land. The interior of Hvar is much quieter in comparison, offering vineyards, lavender fields and ancient culture. 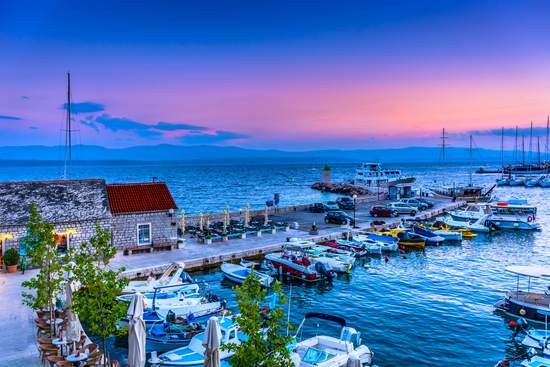 The Mediterranean also offers plenty of choice for those wanting a city break instead of an island beach holiday. The ABTA Travel Trends report found city breaks are going to be the top choice for holidaymakers in 2018, with half of all holidaymakers planning one this year.

Lonely Planet’s Best in Travel for 20183 listed Seville as one of the top cities to visit this year. The Spanish city is keen to reinvigorate its artistic past and is celebrating the 400th anniversary of homegrown Baroque painter Bartolomé Esteban Murillo in 2018. The city will also host the European Film Awards this year. 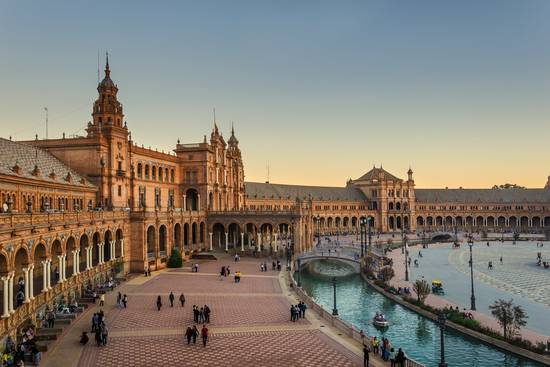 Lonely Planet also recommends Hamburg in Germany, Antwerp in Belgium, Matera in Italy and Oslo, in Norway. These destinations were echoed in Forbes’ Best European Cities to visit in 20184, alongside Valletta in Malta and Tallinn in Estonia.

Whatever your preferred trip this summer, remember that as soon as you book your holiday you need to take out travel insurance, as this will cover you for unfortunate eventualities like needing to cancel or reschedule the holiday before you get away due to certain reasons. It can cost as little as £3.08 for this valuable protection1 If you are planning to take more than one holiday in the next year you should consider an annual multi trip policy as this could be cheaper than buying two or more single trip policies.

Travel insurance also covers you for everything from lost baggage and flight delays, to stolen items and medical bills while you are on holiday, giving you peace of mind. Columbus Direct policies also offer you free access to an airport lounge if your flight is delayed by more than an hour.

If travelling to Europe this summer, then don’t forget to get yourself a European Health Insurance Card (EHIC). This is not a replacement for having adequate insurance in place, as it only covers emergency medical treatment in state facilities. These are free and can be applied for online here and if we agree to pay for a medical expense which has been reduced because you have used an EHIC, we will not deduct the excess under the Emergency Medical Expenses and Repatriation section.

Whatever holiday you decide to embark on this summer, pack your sun lotion, leave your everyday stresses behind and enjoy yourself!

1 Prices based on an individual aged 18-49 travelling to Europe on a Bronze policy.

Where are the best Costa del Sol resorts for summer 2018? →