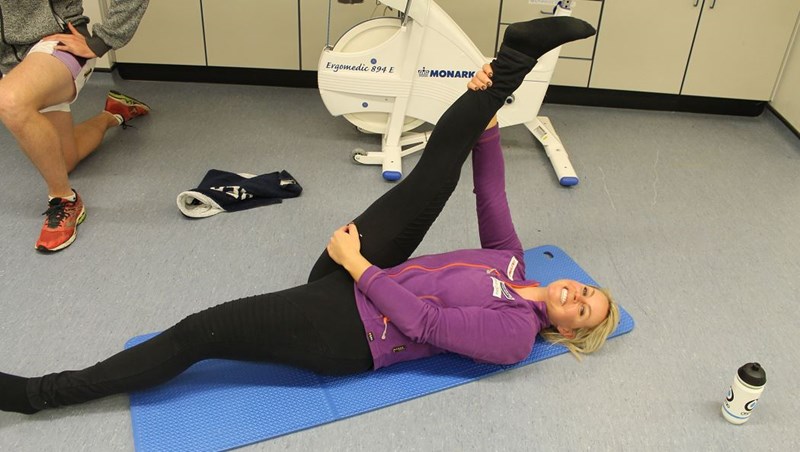 Sorry, we've got to ask - exactly where does Chemmy Alcott get her energy from? After completing her fitness test at Kingston University, the nation's favourite (retired) Olympic skier found the time to cheer on her team members, pull a few tough-looking stretches and chat to us for a few minutes.

"Fitness testing!" she starts, smoothing back a few strands of wayward hair. "You'd think that when you retire, you'd be shot of it; it's the thing that causes you nightmares throughout a sporting career. Since I've retired, I've done two fitness tests in the last few months. But it's really important for me - I'm trying to chance myself from a two-minute downhill skiier into a marathon skieer.

"Obviously, I'm very comfortable on snow, and with the cold, but the challenge we're doing is 160k - a pretty hefty distance. That's fairly new to me, and not so new for the guys, but the good news is we'll all be able to support one another throughout different parts of it."

Earlier on, Chemmy had completed her gruelling fitness test on an exercise bike, and it was clear that the test would have had even the most experienced athlete begging for mercy. The Columbus Direct team present were hugely grateful they weren't asked to take part. 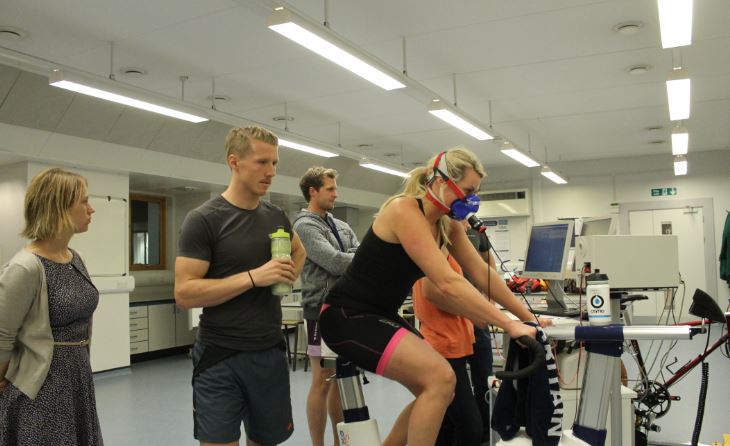 "It's a weird one - you start off feeling very comfortable, you're chatting away, and then it kicks in," she said. "Since I've retired, I've been doing more 'fun' stuff like netball and tennis; I haven't really done any regimented training. However, now's the time - we've only got five and a half months to go until the race.

"I'm not nervous or worried. Not yet. It's because I'm still very naïve and I have no idea what's coming! I think ignorance is bliss!"

Even though she's retired, Chemmy's packing more into her days than ever before. As well as intense training for The Arctic Circle Race 2015, she's visiting a Jack Wolfskin factory to get her kit together, taking the time to visit a wax factory to ensure the group's skis glide over the snow (every little helps) and she'll also be training with The Arctic V in Hyde Park in December.

"The team event in Hyde Park should be fun; we're trying to come up with a quirky challenge where we can all work as a team," she explains.

We'll be there to support The Arctic V - and we'll bring you some more details soon, so you can pop down to Hyde Park to say hello to our favourite athletes.