Some of you will look at this title and immediately think it is a contradiction of terms. After all, the definition of the word famous is ‘known by many’. However, these are landmarks known by many who live next to them or in the same area; just their fame hasn't stretched much further. With that in mind let’s look at some of nature’s most beautiful landmarks!

Situated 2 hours off the coast of Sydney, Australia, Lord Howe Island is one of nature’s most spectacular creations. Not only is it geographically remote but only 400 visitors are allowed on the island at any one time. If you were looking for the perfect paradise island then this is it. Flawless beaches, coral reefs, a lagoon that is so startlingly blue it doesn't look real, rain forest  volcanic peaks and its own native wildlife. 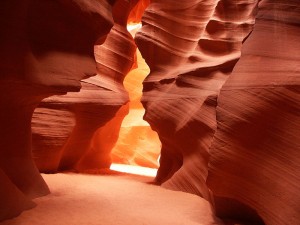 Ask anyone to name a canyon in Arizona, and 99.9% will say the Grand Canyon. Ask a local, however, and they will immediately regale you with tales of the wonders contained within Antelope Canyon. The creation of this masterpiece took millions of years while rivers and streams slowly eroded the sandstone. The experience of walking for miles through these stunning caves and caverns is simply spectacular.

Translate the word Pamukkale from Turkish into English and you get ‘cotton castle’. This is generally considered to be legitimate as this famous local landmark looks like a huge heap of cotton wool balls. This is where the Hieropolis, the ancient Greco-Roman city once stood. The city was built on top of otherworldly travertines and hot springs, which over the years has created a unique combination of architectural and natural history. 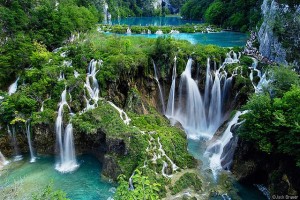 If you look at a picture of Plitvice Lakes you would think instantly you were gazing upon an untouched, tropical island. In fact, the area is South-eastern Europe’s oldest national park, and Croatia’s largest. Here the lakes feed into each other through breath taking waterfalls and deep canyons creating one of the most unique lake systems in the world. Plitvice has been granted World Heritage Status by UNESCO, which effectively means that how it is now is how it will remain, and the world is all the better for it. 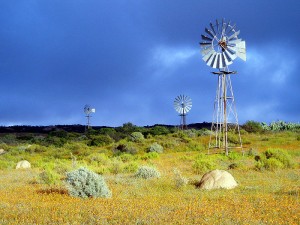 Spanning the borders of South Africa and Namibia, Namaqualand covers approximately 170,000 sqm, which is a few thousand bigger than California. For most of the year Namaqualand just looks like most of this region, dry and arid. Come the spring something quite remarkable occurs, and visitors flock to witness it. From nowhere, literally millions of daisies burst into bloom, transforming this dry and dull landscape into something which resembles a land of candy floss. 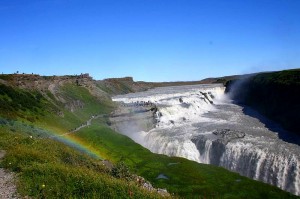 The waterfall Gullfoss has tough competition located in Iceland; a country renowned for its waterfalls. The reason it stands out is very simple; it is the most beautiful and spectacular of them all. The name means Golden Falls and it really lives up to the name. What makes the actual falls so visually stunning is the way they traverse over 3 huge steps, then plunge on through 2 further stages before cascading down a deep crevice of 105ft. This creates a visual illusion that the falls are floating above an abyss, and has to be seen to be believed. 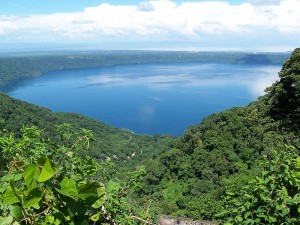 Over 20,000 years ago the ancient Apoyo Volcano blasted off its top in a huge eruption. In its wake it left a stunning crater 7km wide. That crater eventually partly filled with water to create a stunning crater lake almost unique in its beauty.  Located within easy reach of the popular tourist city of Granada this spot is a wonderful place to spend a day, swimming relaxing and admiring the sheer magnitude of the size and majesty of this unusual, unique location. 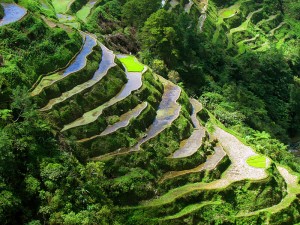 There are three outstanding facts about this amazing Filipino landmark. First; these remarkable terraces are all hand built. Secondly; they are over 2000 years old and thirdly; they cover more than 4000sqm, roughly the size of Los Angeles. With the terraces being so old they look as if they have been created by nature, instead of being the handiwork of indigenous Filipinos. These people travelled up into the Ifugao Mountains 2 millennia ago to find a solution to keeping their people fed. They would never have expected their rice terraces to be this permanent.

Norway is packed full of fjords, but what sets Sognefjord apart is that it is the largest in Norway, the second largest in the world, and generally considered to be the most beautiful. With peaks over a mile high that plummet almost a mile beneath the water, you could literally spend years trying to see all that this 127 miles of waterway on offer. You will need help too, but this is readily available thanks to the hundreds of boats that sail daily along these crystal clear waters.

In a country dominated by mythical walls, giant dams and terracotta armies, it is easy for other landmarks to fall under the radar. This is exactly what has happened to Wulingyuan, which is located in China’s Hunan Province. This area consists of around 3100 towering pillars that have been naturally created by sandstone. If you have ever seen the hit film Avatar, this is the closest to a real life Pandora you will find anywhere.

So there you have it; 10 famous landmarks that aren't famous at all, except in their own locale. These are true wonders of nature that should be recognised and enjoyed by millions. Then again, mass tourism might ruin the fragile balance that many depend on for survival, so it is perhaps the best thing for them that they remain incognito.

← Making the most of Barcelona's nightlife

Enough outdoor activities to fill your boots in Los Cabos →