Skiers vs Snowboarders: Who’s the best?

Get your quote now
Home > Blog > Skiers vs Snowboarders: Who’s the best? 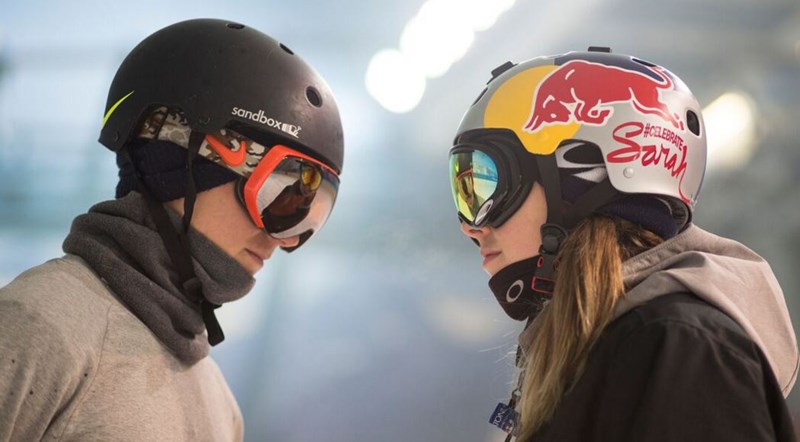 When it comes to friendly holiday rivalry, we’re always ready to umm and ahh over our choices with the rest of you.

Say, for instance, the pool vs beach debate. Or debating whether families should have a separate area on planes. Or - and here’s one that’ll cause some waves - skiers vs snowboarders.

We’re not about to play God and decide, so, with the help of Neilson Holidays, we decided to interview 2014 Winter Olympics stars Katie Summerhayes and Jamie Nicholls about their respective disciplines. Katie’s a freestyle skier and Jamie’s a snowboarder - but who comes out on top?

A lot of snowboarders claim that skiing’s an easier discipline. What do you say to that?

Katie: I think skiing is a lot harder to learn than snowboarding; it’s difficult to be able to turn well on skis while using the correct techniques! And I bet half of the snowboarders who have said that skiing is easier have never tried it - ha!

Jamie: I would say from the sheer amount of people who ski that skiing’s probably easier to learn. I didn't try skiing before snowboarding - I just went straight into snowboarding, because I preferred how it looked and it was like skateboarding. From what people have told me, snowboarding is a lot harder to learn and more exhausting for sure.

Which side you think is fitter (in a sports sense), and why?

Katie: Hmmm; I think snowboarding definitely is a lot harder on your legs. When you snowboard, you have a dominant leg! That's always the one thing I struggle with when snowboarding - my front leg is always aching.

Would you rather have a partner who’s a skier, or a snowboarder, and why?

Jamie: I would definitely prefer to have a snowboarder as a partner, as you tend to find snowboarders ride the mountain a little different to skiers. Snowboarders play around on the sides of the piste, jumping off lips and taking on powder tree runs, while skiers seem to just race down; very boring! 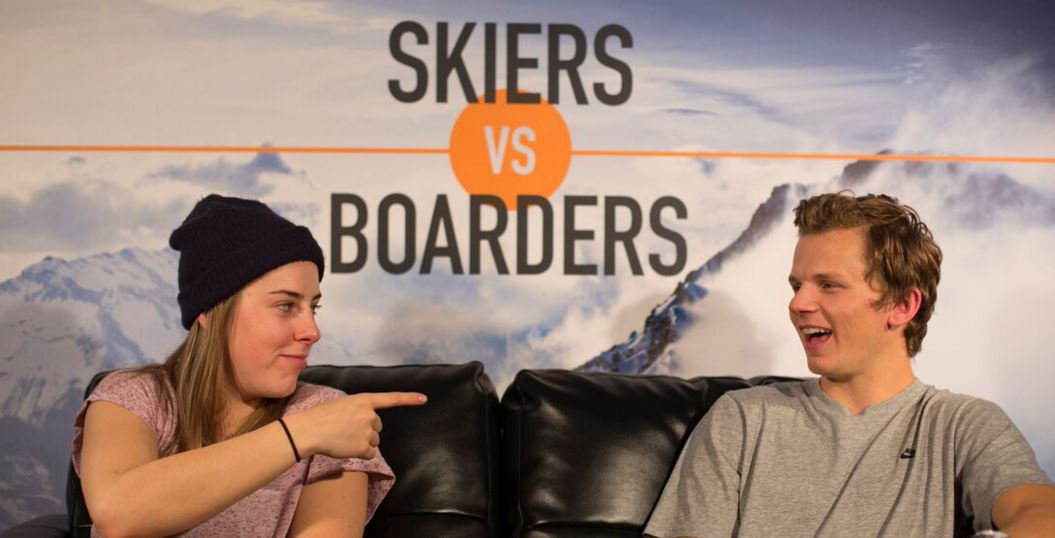 Which side can hold their drink better?

Katie: I don't really think it makes a difference whether you ski or snowboard.

Who would you rather be stuck on a desert island with – and why?

Jamie: I wouldn't mind if my fellow islander was a skier or snowboarder if I was stuck with them; there would be no skiing or snowboarding to be had anyway!

Katie: I would say the skiers because I have a lot of close friends who are skiers, so we always have such a good laugh together. 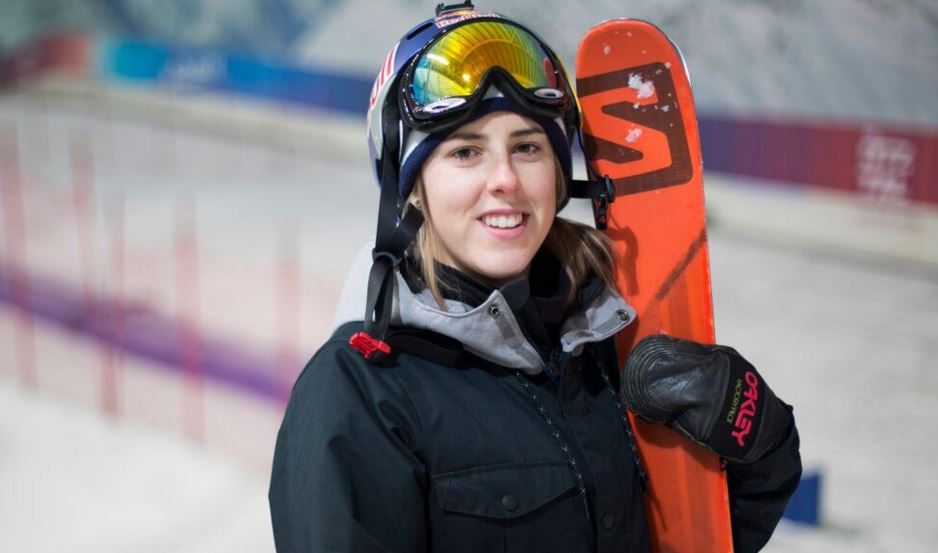 Do you think snowboarding is more dangerous or exciting, or do you feel that you have more control over your speed and direction than skiers?

Jamie: I think there is a certain amount of danger in both skiing and snowboarding, but obviously the excitement of both is worth the risk (most of the time). For me, snowboarding is more exciting than skiing, but I get it's personal preference.

Would you ever consider changing your discipline to snowboarding – if not, why not?

Katie: Probably not; I have been skiing since I was 6 years old and I’ve worked so hard at it. But I do snowboard from time to time, and I do really enjoy it - and it’s so much more rewarding when I see myself improving!

Which discipline has better-looking tricks and jumps?

Jamie: Snowboarding is way more tidy than skiing, and therefore looks more stylish. Board tricks look cleaner than skiers, because we don't have two planks and two poles. 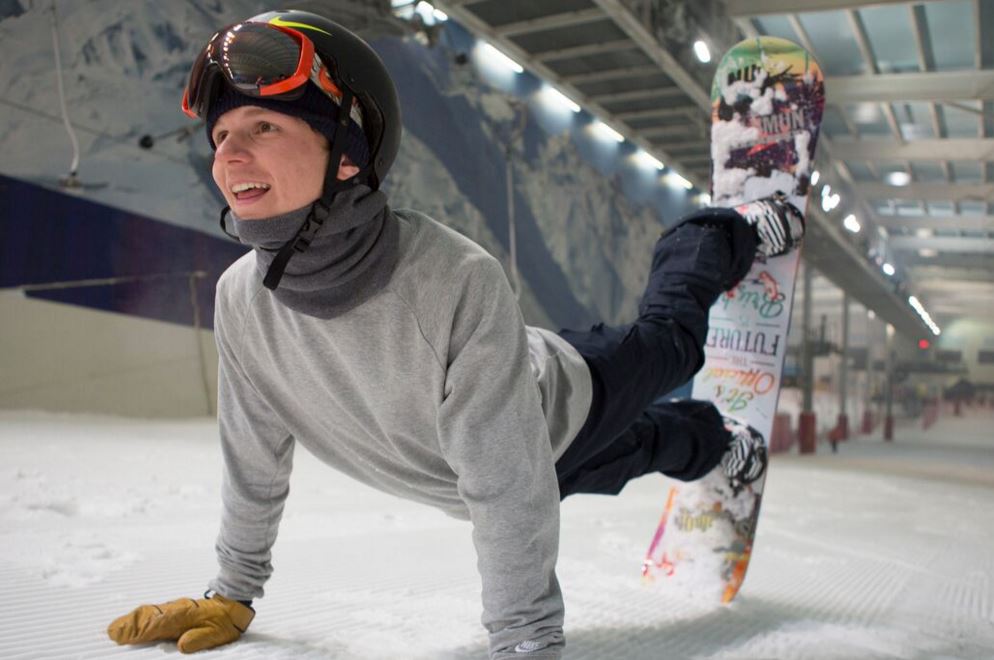 Would you say that snowboarders are less likely to wear helmets, or is this a myth propagated by skiers?

Jamie: Snowboarders are definitely not less likely to wear helmets than skiers. I see so many holidaymakers skiing without helmets!

I think you find the high level skiers and snowboarders are the ones most likely to be found wearing helmets, because they can be found in the park on the jumps and rails, although they may not always wear them when they are confidently riding the piste on their way down from the park.

Chemmy Alcott agrees that helmets are paramount  - find out why here.

How long does it take the average person to become a proficient skier – and would you say it’s a simpler sport?

Katie: I think once you have the basics down on skis it's easier to improve. You can then start tackling more challenging terrain, which makes you improve so much!

Can you tell me the top three most annoying things about snowboarders?

Katie: Oooh, tricky; OK. They always think they are cooler than skiers, they sit down on the slopes in the most annoying places and they get to wear comfy footwear - I think those are my three major gripes!

Jamie: Right! Skiers who have tunnel vision and are unable to see anything either side of their skis when going down the slope are annoying and dangerous. Secondly, slow skiers who put their poles under their arms are not especially annoying, but they look pretty bad.

Finally, skiers who fly into a rage in the lift lines are really annoying, along with those people who put their skis on their shoulders and knock out everyone behind them. Grrr! 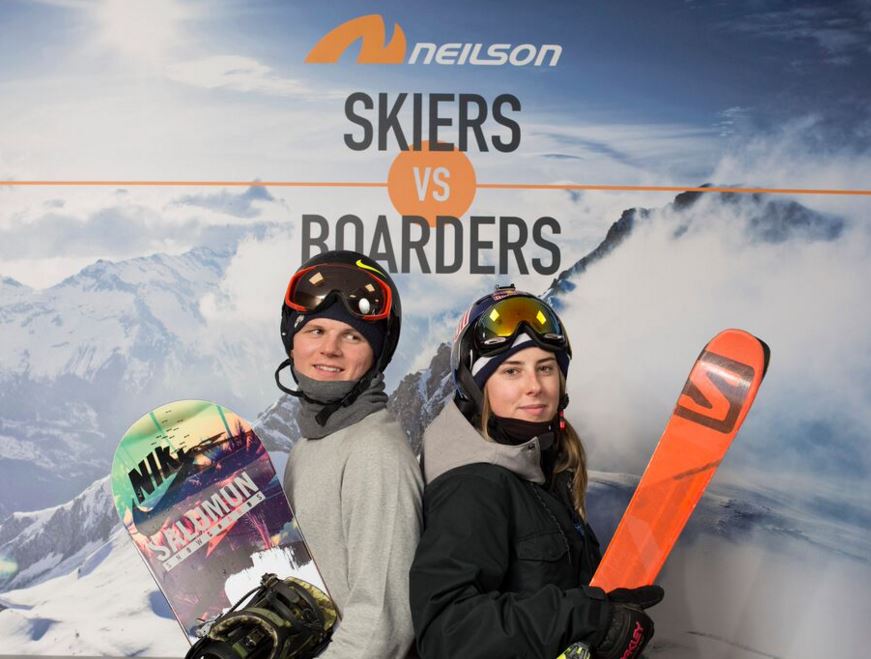 New handy tool takes the guesswork out of baggage allowances →